Avalanche Roll Past 87's In Stunner

The Avalanche break headlines and shut down New Jersey in a statement win.

Below you'll find all of the goal recaps from the second game of the 2021 EHL Frozen Finals.

Forward Ryan Malko opened the scoring at the 17:02 mark after crashing the net hard and buried a rebound. 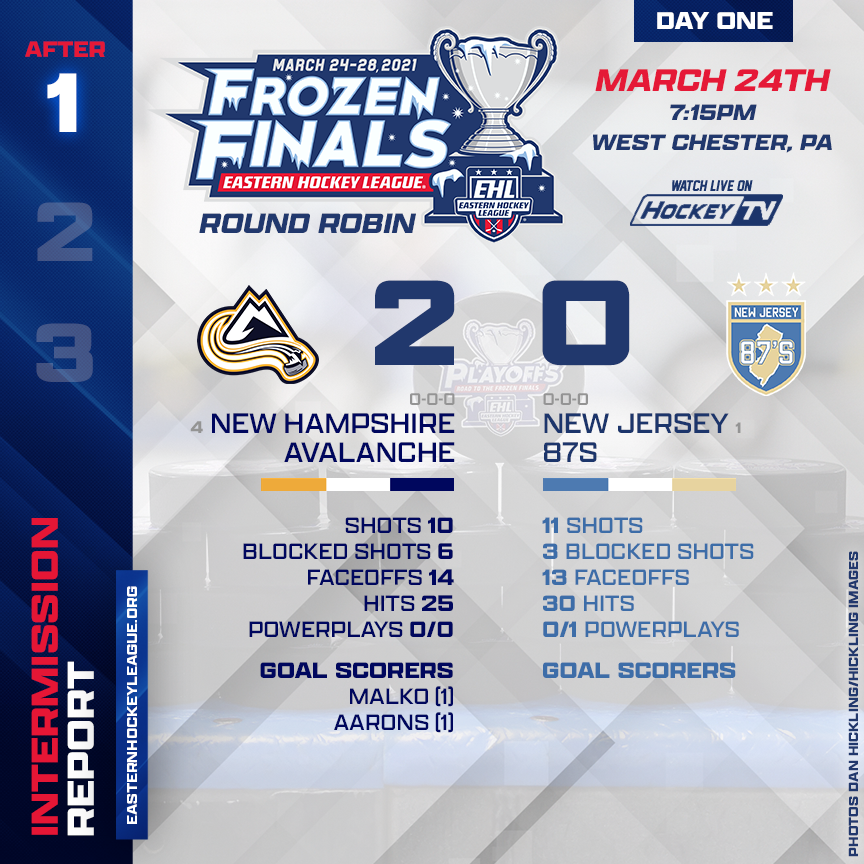 Aden Hotchkiss recorded the Avs’ third goal for the night on another rebound goal at the 18:19 mark of the period.

Gabriel took an off angle shot and found the back of the net with 10:43 left.

Francis Kienzel scored in his first postseason contest on a rebound and helped the 87’s gain a momentum swing with 9:02 remaining.

The Avs responded to the 87’s surge during the middle of the period, after Artem Mateichenko redirected a shot off a key offensive-zone face-off win with 7:30 left. 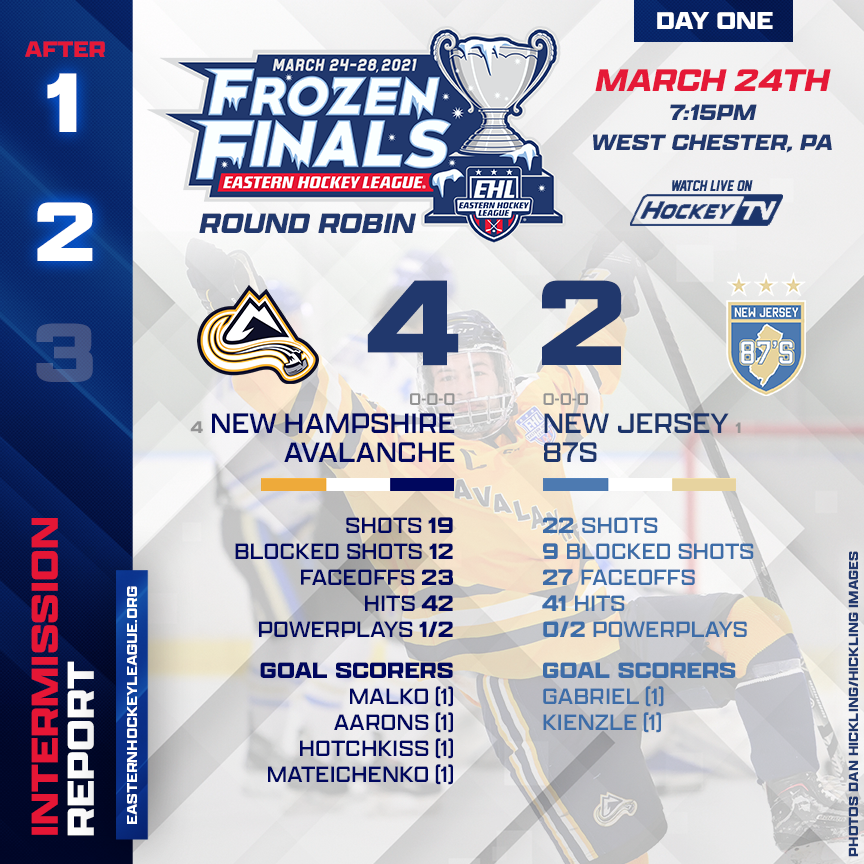 After a defensive-minded start to the third period from the Avs, Malko netted his second goal of the contest at the 15:18 mark. The Cranford, NJ native took a clapper from the high slot, which hit the post and found the back of the net.

New Jersey blueliner Dylan Guitierrez provided the 87’s with life when he netted a power-play goal with 7:26 remaining in regulation. The low shot from the point beat Avs goaltender George McMichael on the low blocker side.

Dante Terramani shot the puck from an off angle and was likely hoping it would hit traffic in front of the Avalanche net – and it did. The 2020-21 MVP found the back of the net with 29.5 seconds left in regulation, but time was of the essence and the Avs held on for the win. 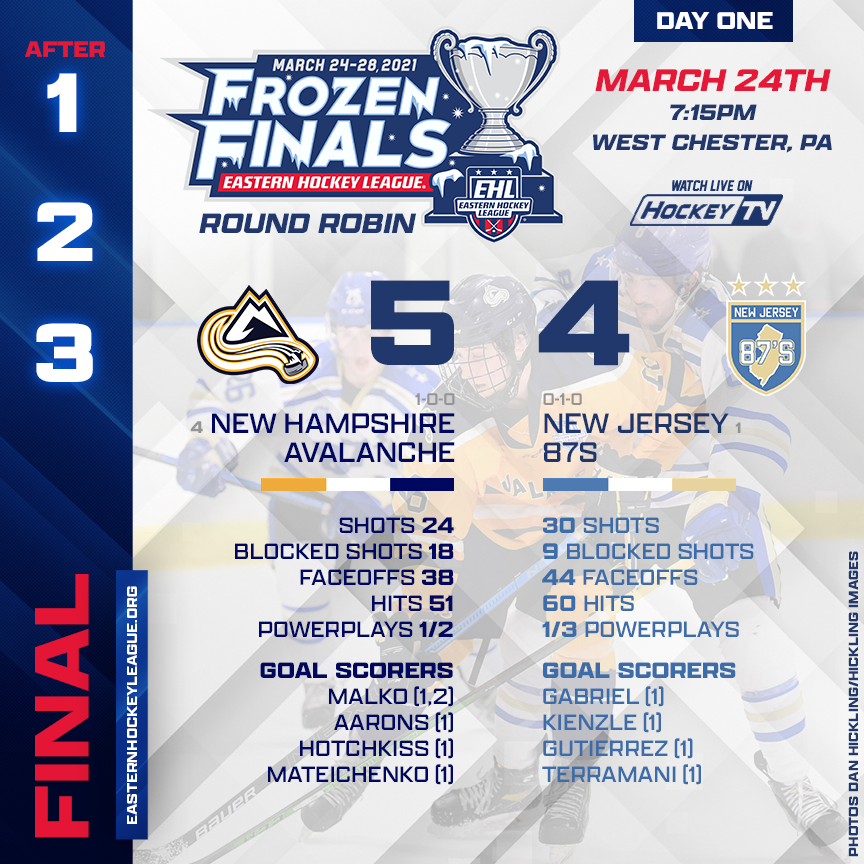