Jr Rangers Get The Job Done vs 87’s

WEST CHESTER, PA -- The Boston Jr. Rangers earned their first win of the 2020-21 Frozen Finals and served the New Jersey 87’s their second loss of the event.

Below you'll find all of the goal recaps from the third game of the 2021 EHL Frozen Finals.

Nathan Young put home a loose puck in front of the net and made it 1-0 on the power play at the 13:54 mark. The tally marked his eighth point this postseason (2g-6a).

Boston earned a two-goal lead at the 9:46 mark, after Ryan Bailey threw the puck towards the net and it deflected off an 87’s defenseman and found the back of the cage. It also marked Boston’s second power-play goal of the afternoon.

With 3:02 left in the period, Boston forward Johnny Malandruccolo earned his second tuck of the postseason on an odd-man rush. 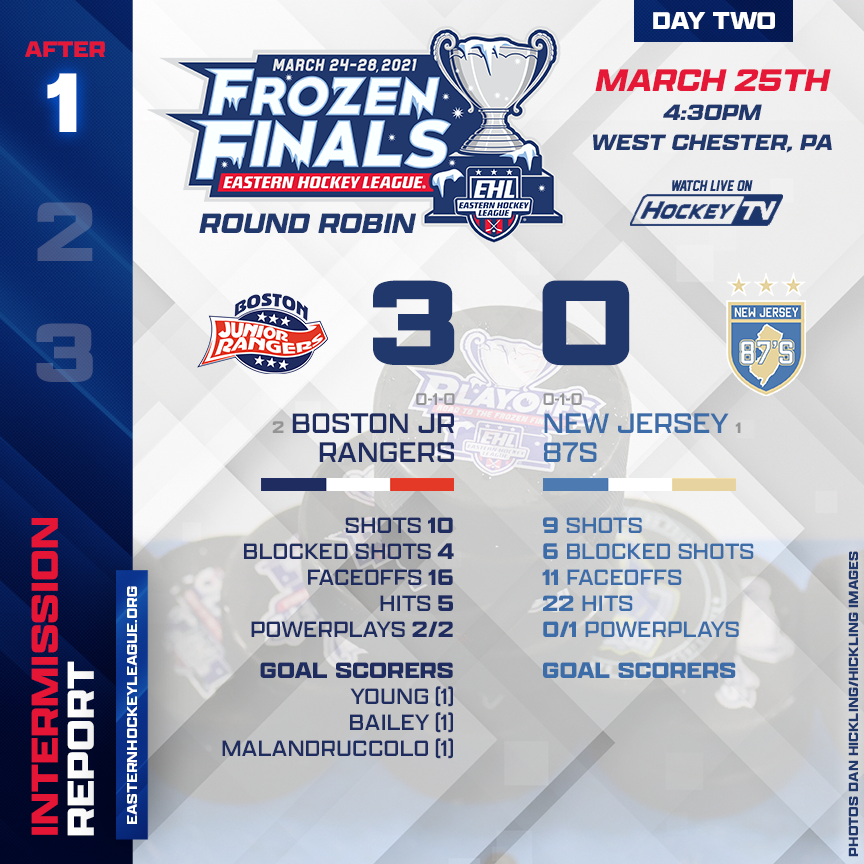 Matt Bielinski found the back of the net on the power play with 6:45 remaining in the second period.

Nick Swain took the middle of the ice in the high slot and beat Nathan Mueller high over the blocker side with 00:37 left in the frame. The tally marked Swain’s third of the postseason. 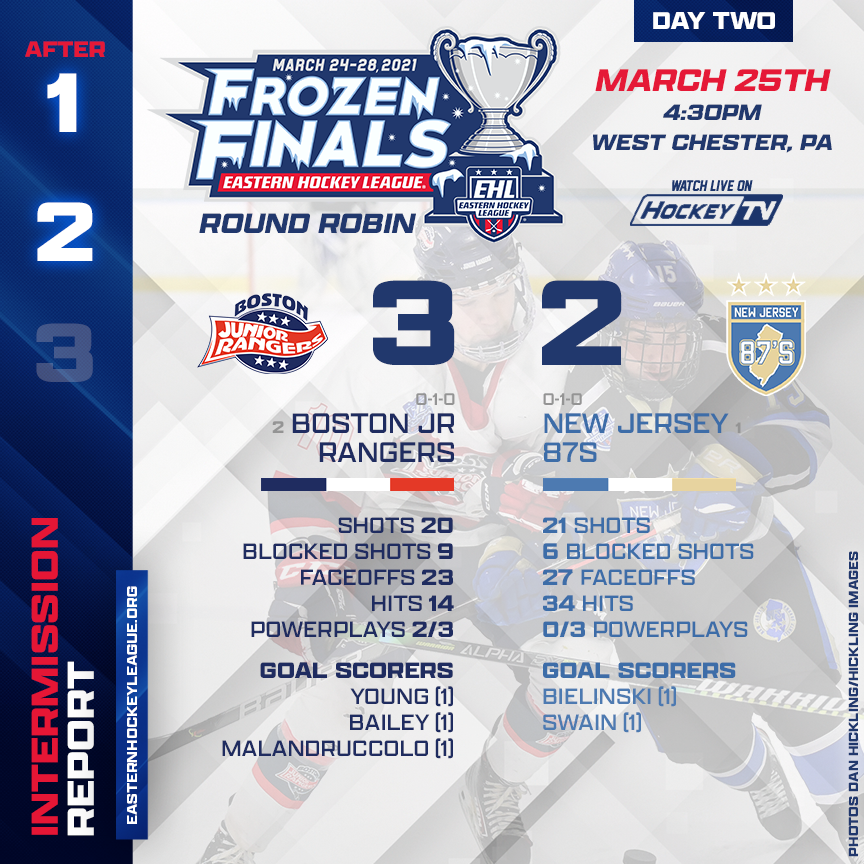 Nate Matthews wasted no time getting the Jr. Rangers back on the score sheet, after No. 23 beat 87’s goaltender Jeremy Connor on a mid-level shot just over the right pad. The goal was recorded at the 18:55 mark of the period.

Bryan Van Ness put home a loose puck in front with 2:23 remaining in regulation, after the 87’s pulled their goaltender for an extra attacker.

Connor Bizal sealed the deal with an empty-net goal and with just 00:3.5 seconds left in regulation after an offensive surge from the 87’s. 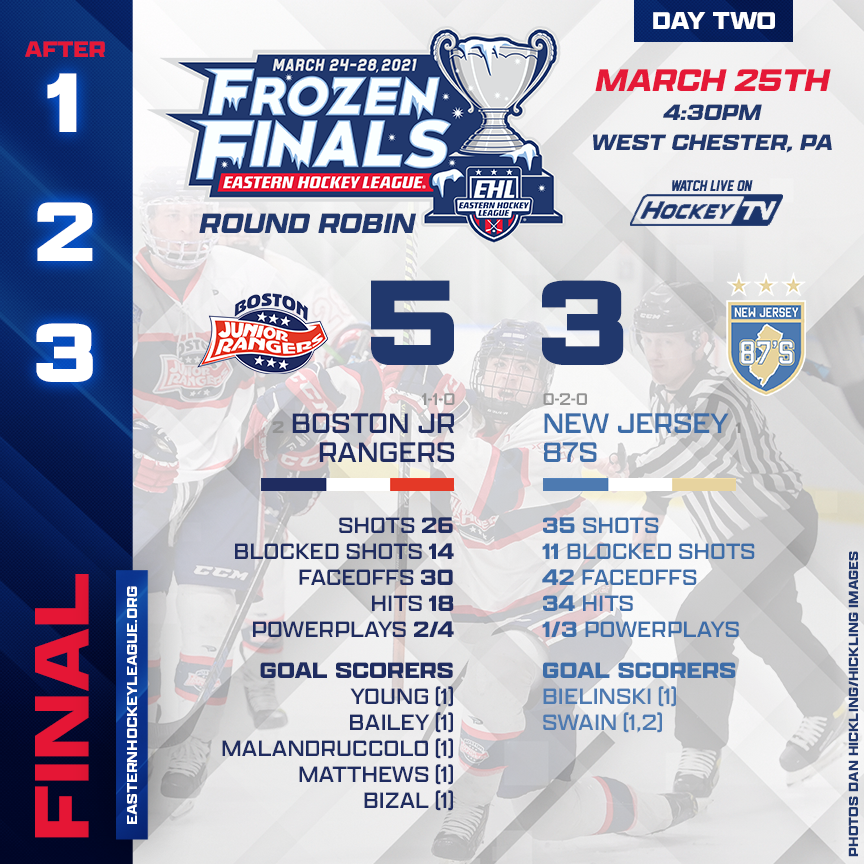