Avalanche Heating Up, Chop Down Lumberjacks

WEST CHESTER, PA -- The New Hampshire Avalanche broke headlines again after defeating the Lumberjacks by a final of 9-3 on Thursday night. New Hampshire improved to 2-0-0 for the finals round-robin series.

Below you'll find all of the goal recaps from the fourth game of the 2021 EHL Frozen Finals.

The Avalanche opened the scoring for the contest at the 18:50 mark, after Maxwell Cocchi netted a power play goal from the right hash mark.

New Hampshire earned its second goal on the night when blueliner Thomas Dempsey let a wrister go from the point, which deflected off a Lumberjacks skater and found the back of the net (9:02 mark). 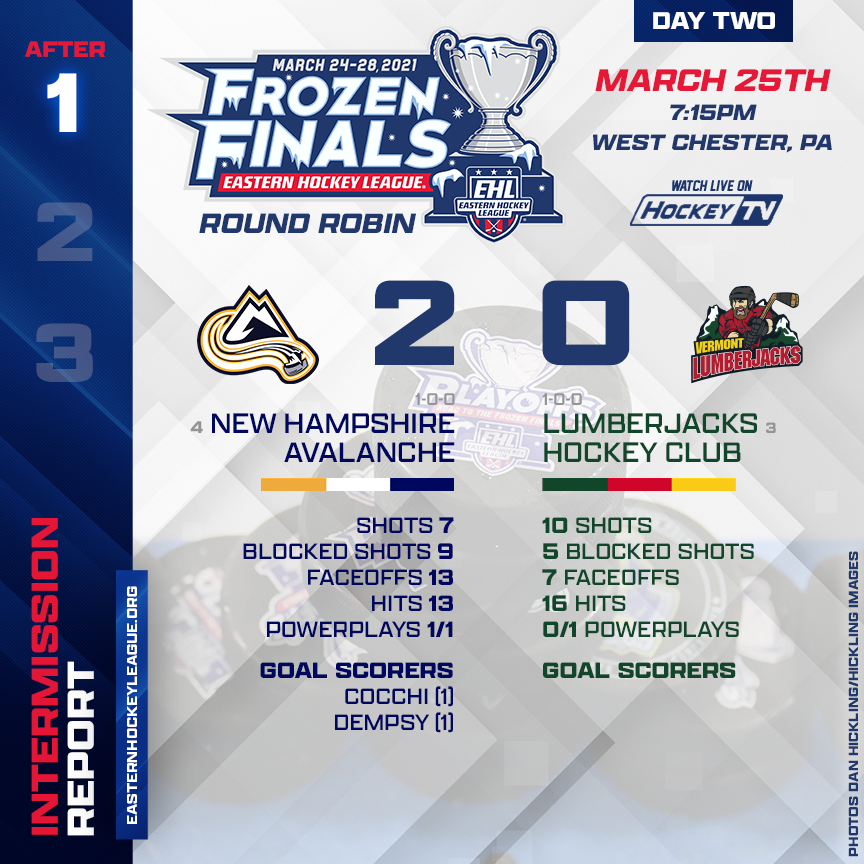 Sami Hakkarainen netted a power-play goal at the 17:01 mark, which improved the Avalanche’s power play to 2/3 on the night.

The Lumberjacks finally beat McMichael and got on the scoreboard when Dylan Infantino earned his second goal of the postseason at the 8:38 mark.

Hakkarainen went coast to coast and beat Reduzzi blocker side from the right hash mark.

Lumberjacks bounce back and net a power play goal, after Jeremy Swartz beat McMichael from the left hash mark after a quick release on a wrister with 3:09 left.

With 00:39 seconds left in the period, New Hampshire’s Cocchi scored his second of the game after a scrum in front and put home a loose puck top shelf. 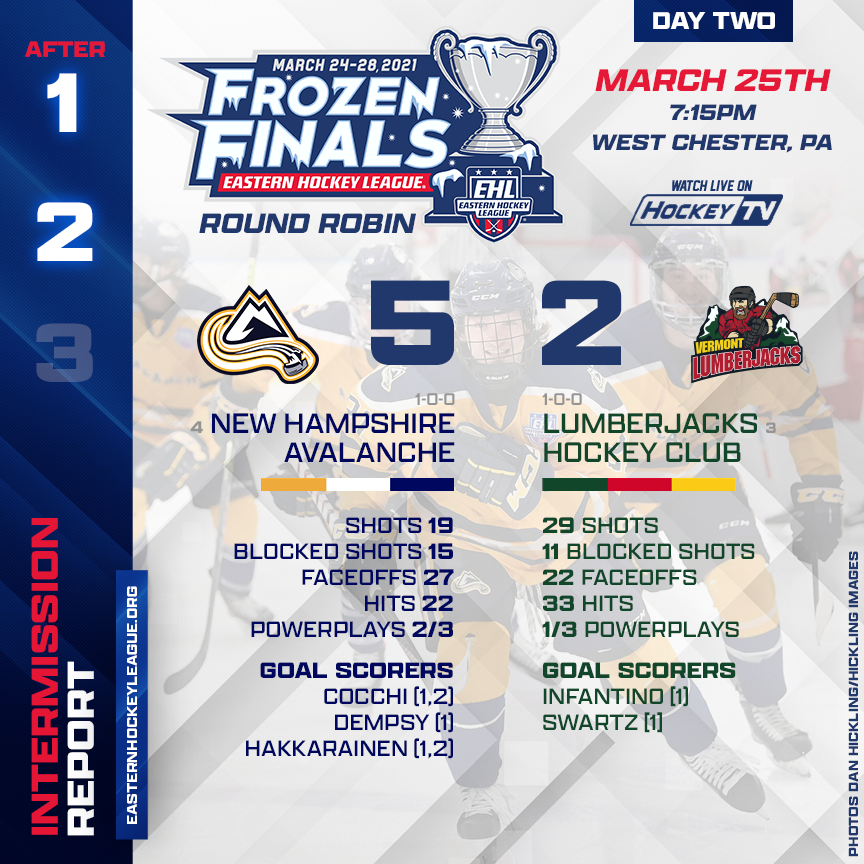 18:46 Matt Carlson and the Avs wated no time gaining insurance goals. No. 16 netted an even-strength goal less than two minutes into the third period, which also set the tone for the remainder of the contest.

The Avalanche recorded five-or-goals in back-to-back contests and received more insurance goals when Aden Hotchkiss tallied his first goal of the postseason at the 15:13 mark.

With 9:24 left in regulation, Avalanche forward Matt Carleson netted his second goal of the not only the contest but period.

Yet, one minute later, the Delmar, NY native completed the hat trick and became the second player (Joey Schaefer, Boston) this Frozen Finals to earn the feat. Nine goals is the highest goal-total from any team during the 2021 Frozen Finals, thus far.

Lumberjacks forward Gabriel Trepanier found time and space in front of the Avs’ cage and found the back of the net with less than 1:00 remaining. 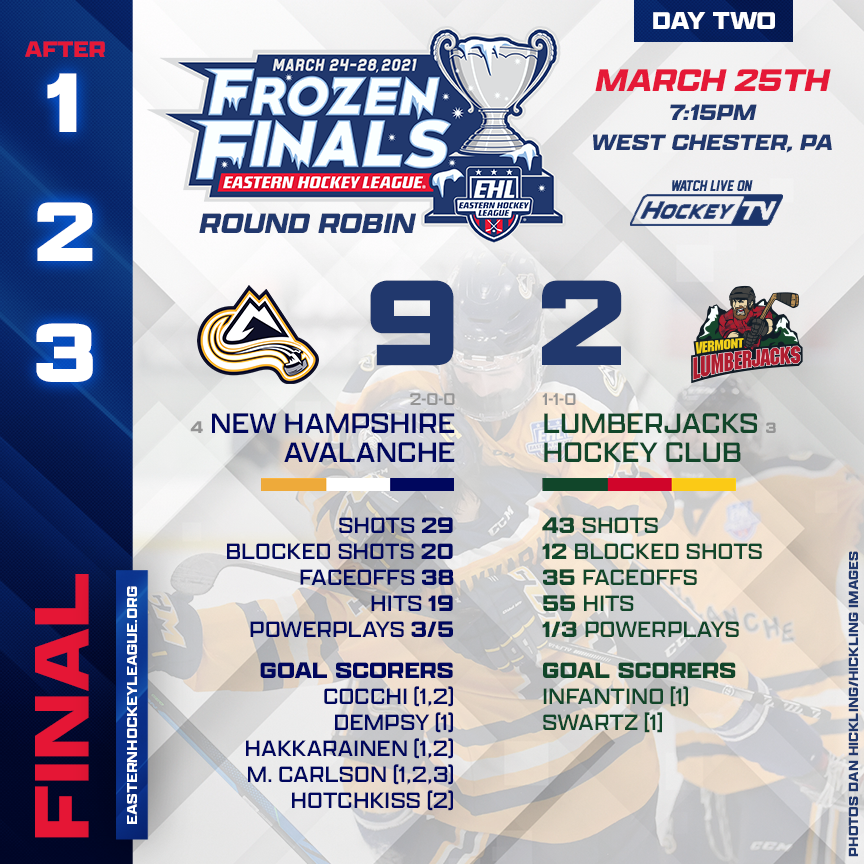