WEST CHESTER, PA -- The New Jersey 87’s earned their first win of the 2020-21 Finals and defeated the Lumberjacks Hockey Club in dramatic fashion by a score of 6-5.

Below you'll find all of the goal recaps from the fifth game of the 2021 EHL Frozen Finals.

Additionally, for the first time at the Frozen Finals, the New Jersey 87’s didn’t allow a goal. 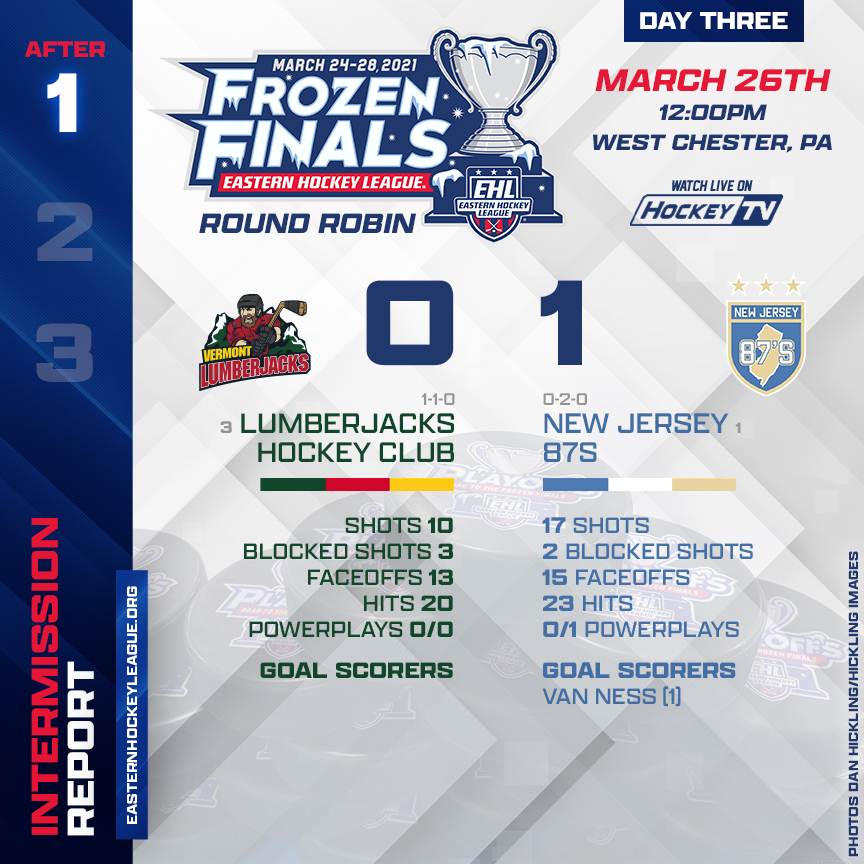 After a fortunate bounce in their own end, the 87’s recorded their second goal when Everest Schneider beat Reduzzi five-hole on a two-on-one. The time of the goal was at the 17:27 mark of the period.

Louis-Joseph Guernon beat Jeremy Connor glove side after earning time and space and shooting from the left face-off circle at the 13:15 mark.

Paul-Fine Lease netted his third goal and 15th point of the postseason after ripping one short side past Connor with 12:23 remaining. 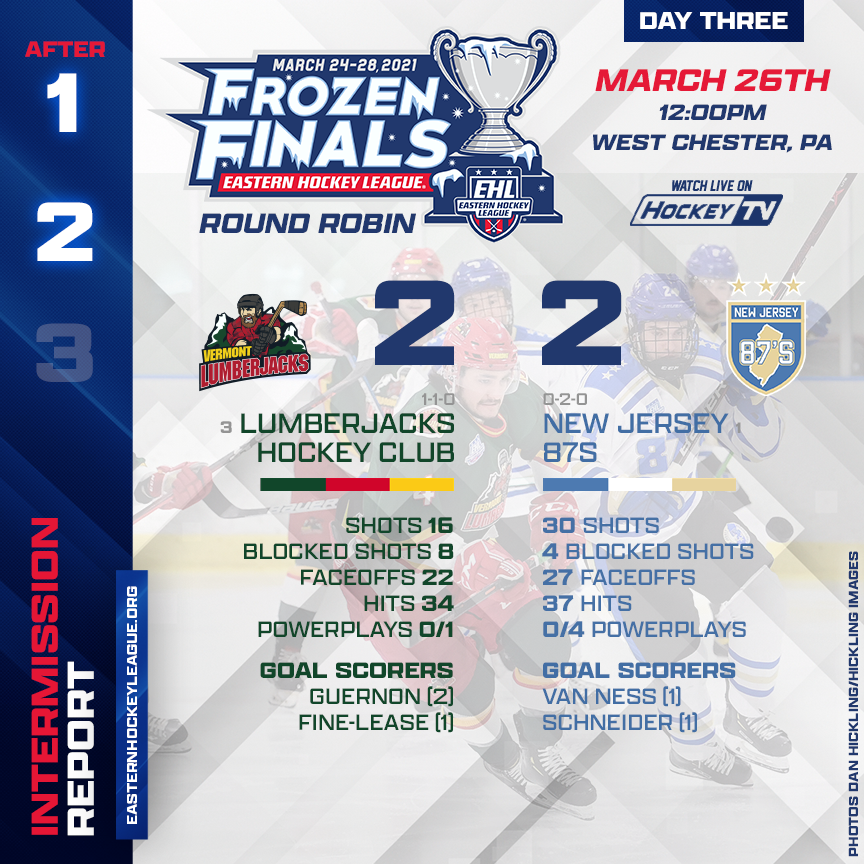 The Lumberjacks scored on a breakaway, after Paul Fine-Lease earned his second tuck of the day and slipped one five-hole past Connor at the 19:11 mark.

Spencer White tied the game on a snipe from just inside the right circle, which beat Reduzzi and high- glove at the 17:41 mark.

Kei Yasuda earned his first point of the Frozen Finals after the Japan native received a saucer past and crashed the net while going backhand top shelf on the power play (12:58).

New Jersey’s Jacob Crespo left one fly from the point on the power play, which found the back of the net while Reduzzi was screened in front.

Lumberjacks’ Jackson Colins scored off an offensive zone face-off win, while playing against the 87’s six- on-four with the extra attacker with 4:25 remaining in regulation.

In dramatic fashion, the Lumberjacks tied the game at the 3:42 mark of the period. Paul Fine-Lease earned the hat trick after stuffing one home five-hole.

Jason Santoriello one-timed a pass from the right corner and beat Reduzzi mid-level on the glove side, which provided the 87’s the lead with 1:05 left in regulation. 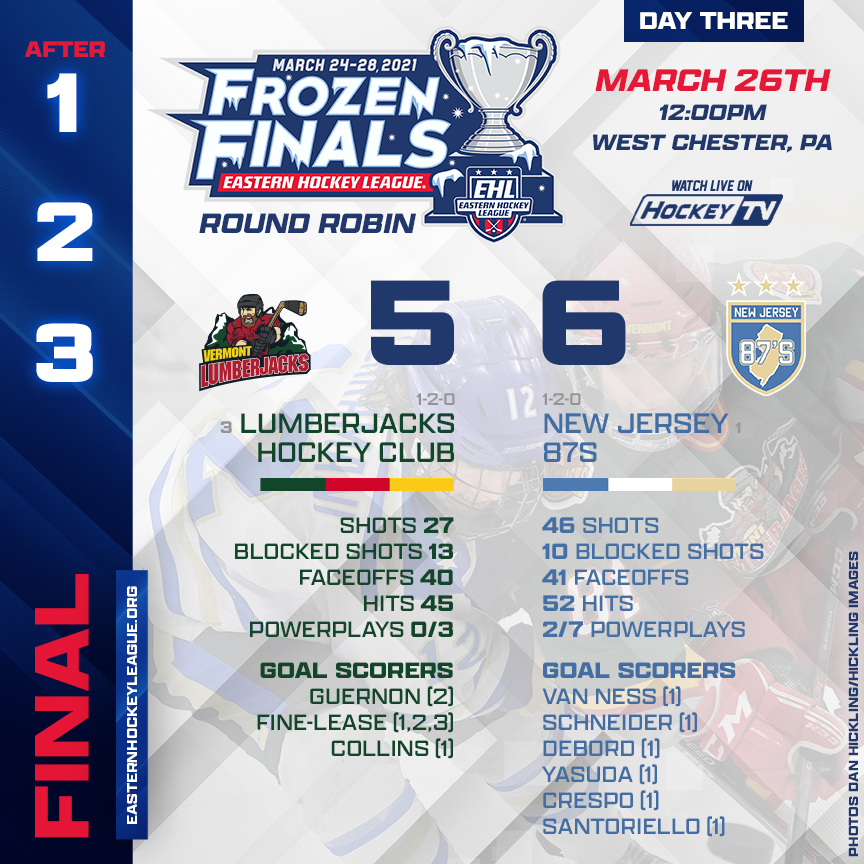