West Chester, PA – The Eastern Hockey League Premiere (EHLP) crowned its champion after the New Jersey 87’s defeated the Jr. Railers Hockey Club by a score of 5-2 on Sunday. 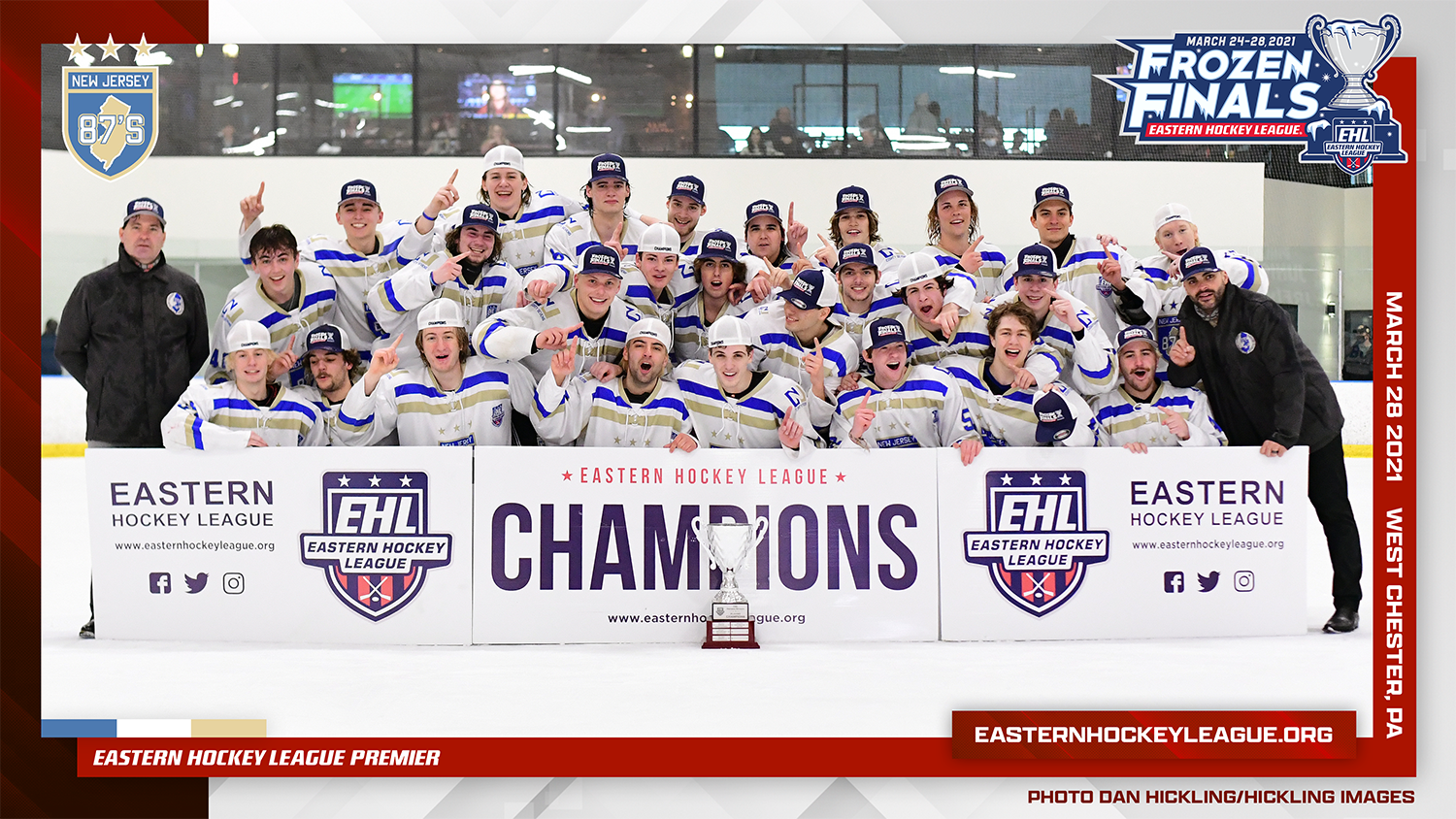 After establishing a strong forecheck early on in the contest, 87’s forward Michael LoRicco put home one-time from the high-slot to give New Jersey the lead. While Cole Moore displayed strong play between the pipes, LoRicco tallied his second goal midway through the second period.

At the time of the second goal, New Jersey outshot the Jr. Railers 26-14 and dictated the pace of the game. Yet, the Jr. Railers took advantage of prime opportunities towards the end of the frame. The Jr. Railers cashed in twice on an extended man advantage, after Jayden Blackburn and Jake Barcelou found the back of the net. The tallies were recorded in less than 00:30 and provided the squad with plenty of hope for the third period.

It seemed that the 87’s had other plans, though.

Moore turned away all nine shots that he faced, and the 87’s recorded two goals – one of which was less than five minutes into the frame. After a tight period and well played contest from both teams, the buzzer sounded and the 87’s earned their first-ever title.

Additionally, Moore was awarded as the league’s MVP for the Frozen Finals.

Follow the EHL on social and tune in to the EHL & EHLP postgame press conferences, which can be viewed on YouTube. 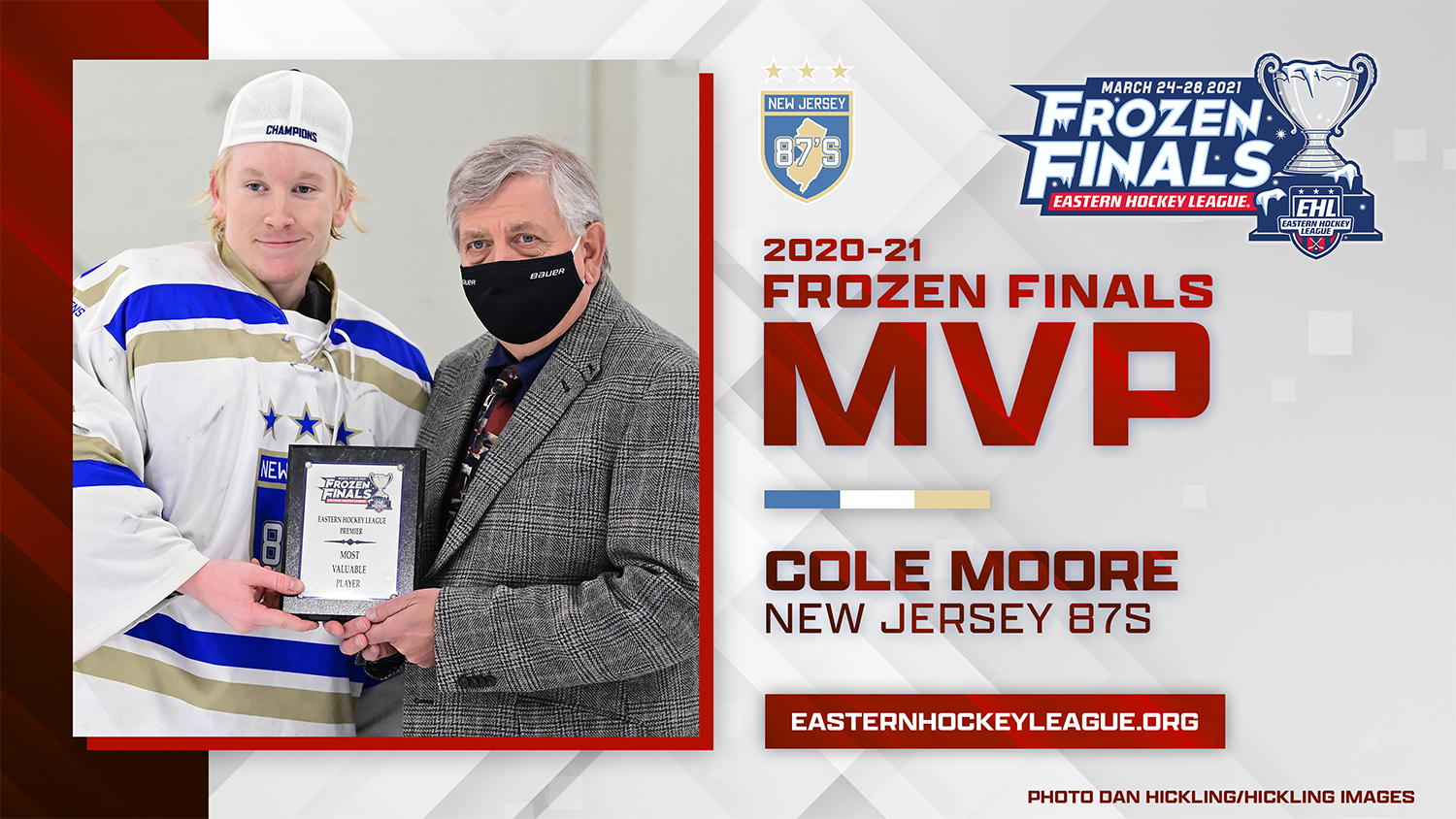 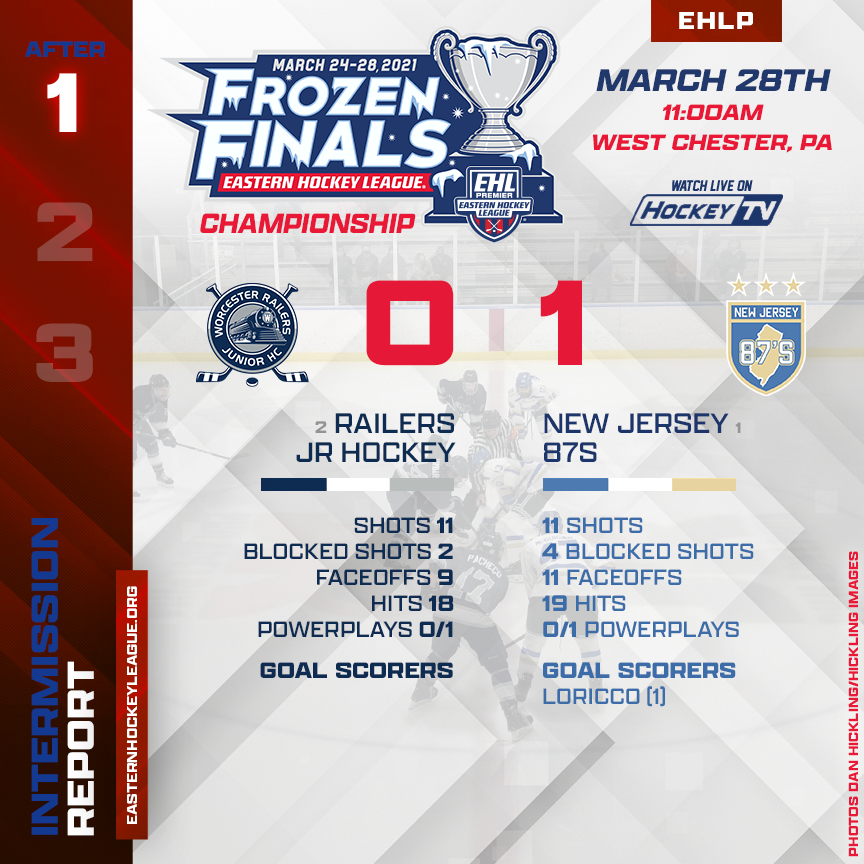 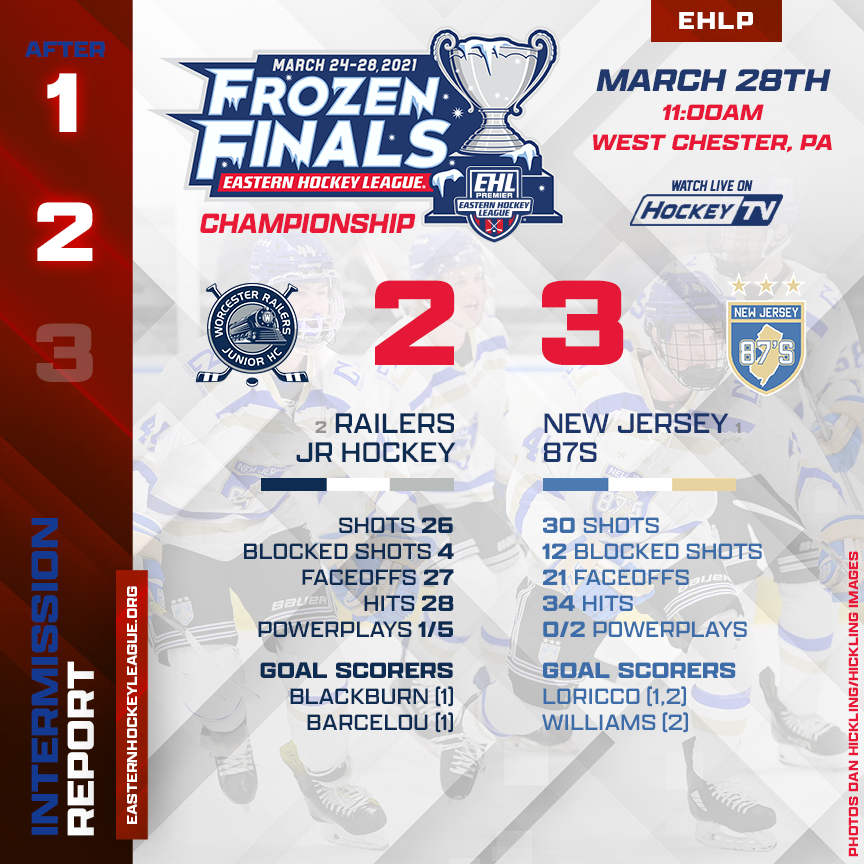 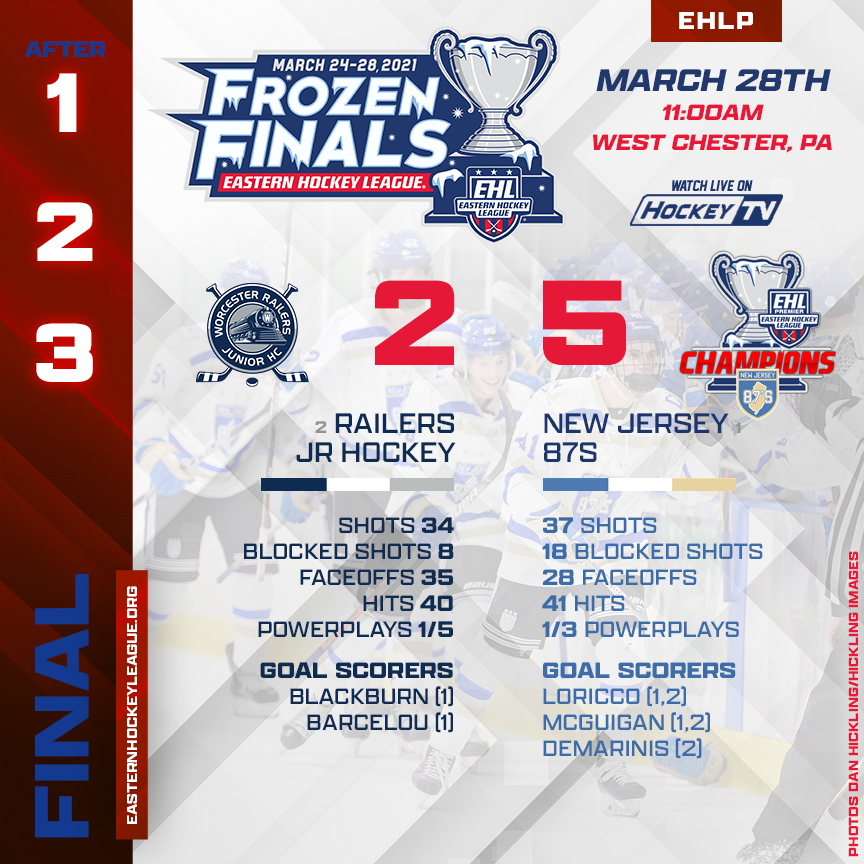