NORWALK, CT -- Tyler Buonopane, a forward for the Connecticut RoughRiders, has committed to Lake Forest College for the fall of 2021.

The 2000-born native of North Andover, MA recently finished his 3rd and final season in the Eastern Hockey League (EHL), and first full year with the RoughRiders. Overall, in 125 career games in the EHL, Buonopane scored 48 goals and dished out 62 assists.

"Tyler is a genuine offensive forward with nice speed on the attack," said RoughRiders head coach and general manager Eric Lind. "He has strong offensive instincts and has a nose for the net. He was quite effective on even-strength, power play and short-handed situations while with the RoughRiders.”

Buonopane's EHL career began with the Valley Jr Warriors for the extent of the 2018-19 season, and the first 3/4 of the 2019-20 season. The move in February of 2020 however, proved to be a nice change of scenery for the talented playmaker, as his point production more than doubled in Connecticut.

The EHL All-Star is one of two RoughRiders players heading to Lake Forest this fall, as he will be joined by Connor Sullivan when he arrives on campus. 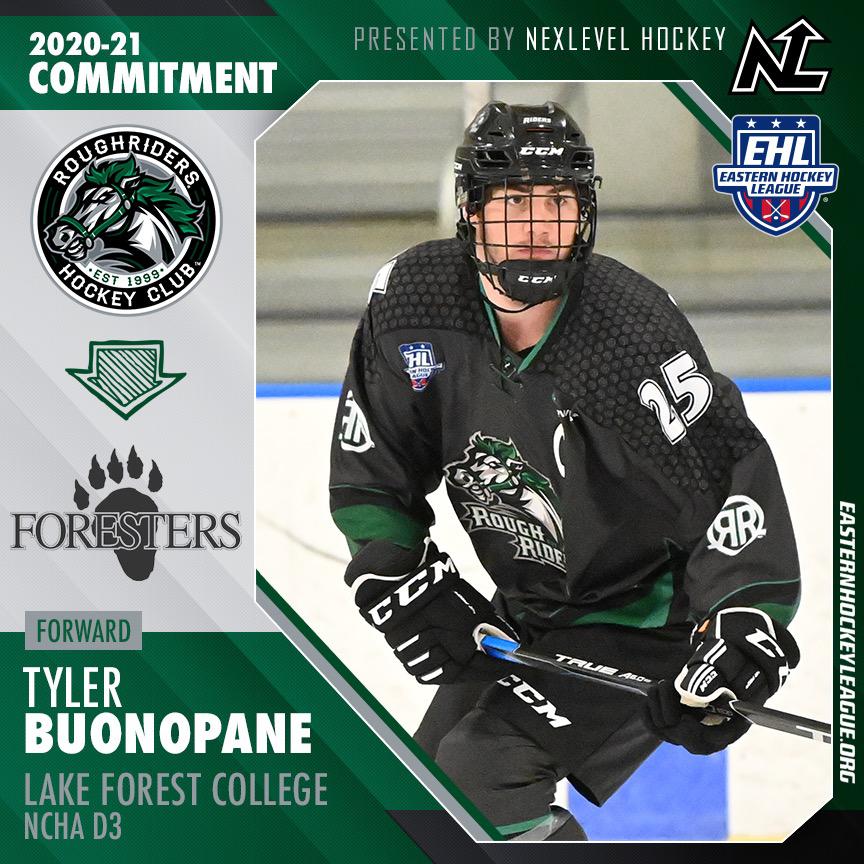