An Annual Contender with a History of College Placement

TEWKSBURY, MA -- The Boston Jr. Rangers can be labeled as one of the 'original' teams in the Eastern Hockey League (EHL), as they are part of the exclusive group of six that have competed in every season since the league was formed back in 2013. Since that year, the Rangers have steadily built themselves up to be annual contender in both in the EHL and the Eastern Hockey League Premier (EHLP), and all the while have done so while creating a strong track record of college placements.

On this week's episode of the #EShow we bring back the offseason team of the week features, and start things off (1:08) with the new champions in the EHL, the Boston Jr. Rangers. For Rich DeCaprio, the first title in franchise history still hasn't fully set in quite yet, but he also has his sights focused on making it two in a row. The #ECrew comes together (29:22) at the end of this week's episode to create the all-time Rangers lineup through eight seasons in the league.

Be sure to scroll down to see who made the cut for the all-time Rangers' lineup. 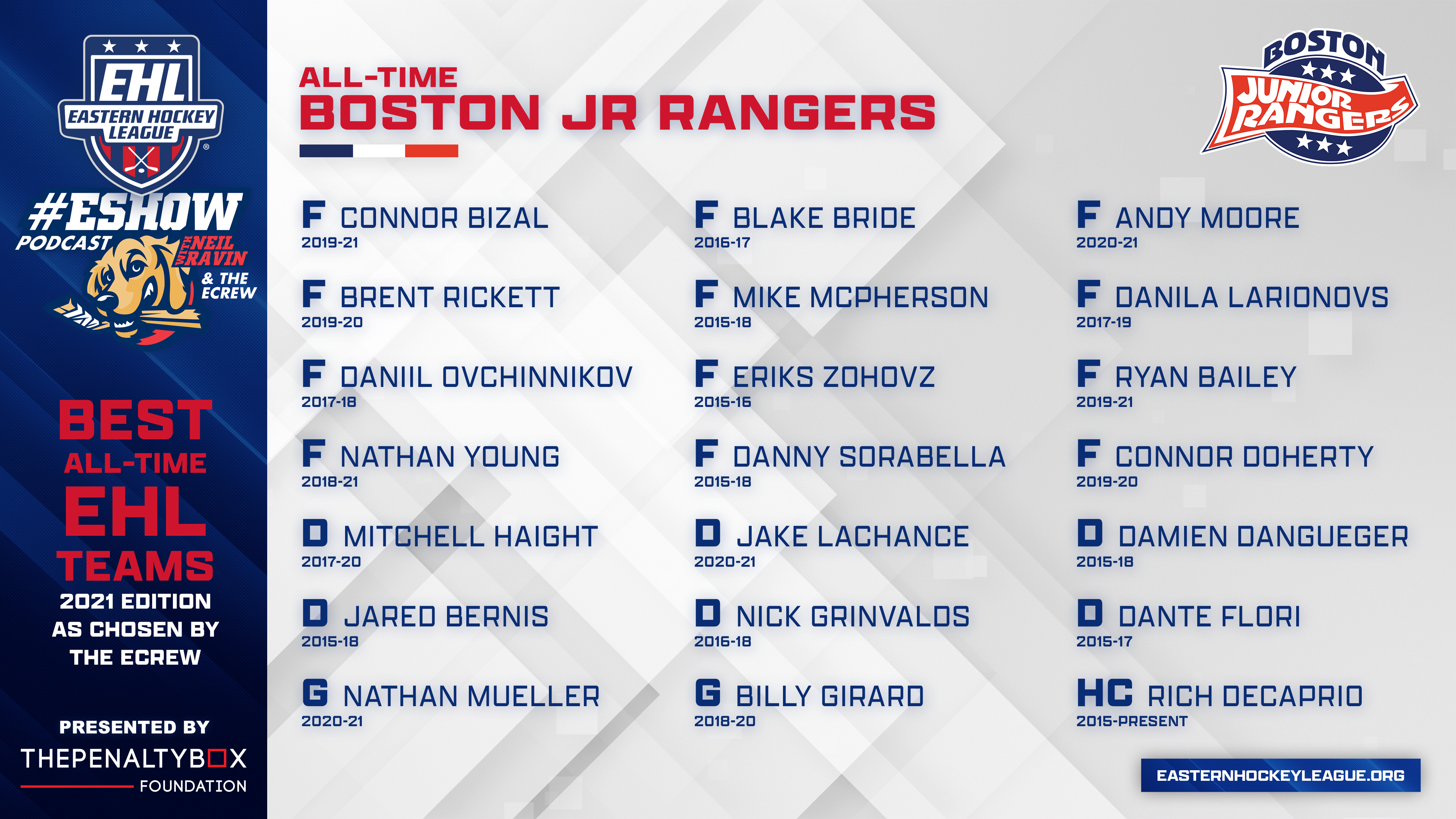