HAVERHILL, MA -- William O'Brien, a forward for the Valley Jr Warriors, has committed to the Wentworth Institute of Technology for the fall of 2021.

The '01 native of Stoneham, MA recently finished his first and only season in the Eastern Hockey League (EHL), tallying 13 total points along the way. It's also worth pointing out that O'Brien played in all 40 games that the Warriors hit the ice for this past year.

"Willie is one of the most competitive players that I have coached in some time," said Warriors head coach and general manager Ryan McGrath. "He is typically the first guy at the rink each morning, and was one of a handful of players who went upstairs to the gym everyday regardless of if the team had a scheduled lift or not. We couldn’t be happier for him, his goal from day #1 was to put himself in a position to be recruited by Wentworth. He had a few other schools show sincere interest, but Wentworth was his #1 choice all along.”

Wentworth has always been a strong recruiter of the EHL, as O'Brien goes in the books as the 22nd player in league history to choose the Leopards hockey program.

Focusing in on just this season in particular and O'Brien is part of a three-player class that also includes Mitch McGinn from the New Hampshire Avalanche and George Weiner from the New Jersey 87's. 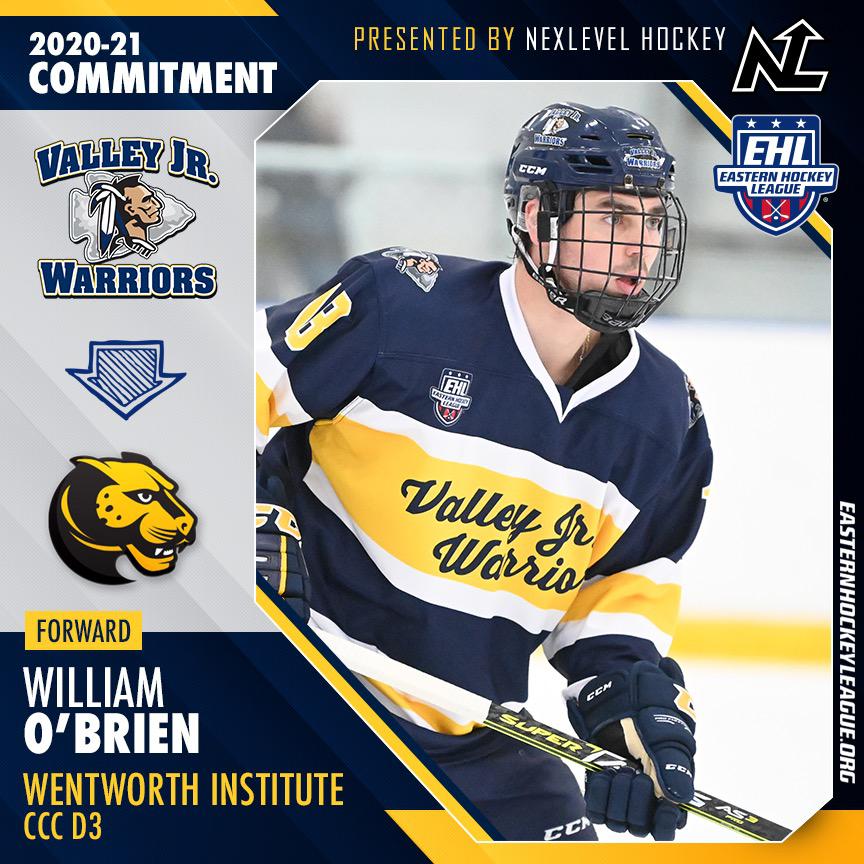