LACONIA, NH -- Kevin Bite, a defenseman for the New England Wolves, has committed to Johnson & Wales University (JWU) for the fall of 2021.

The 2000-born native of Atlanta, GA recently finished his 3rd and final season with the Wolves, and in 118 career games in the Eastern Hockey League (EHL), Bite tallied 14 goals and 49 assists to his name.

"I'm very happy for Kevin and his family," said Wolves head coach Tim Kunes. "Kevin has improved so much in our program since he started here. All his hard work and development has paid off. This season he was a top defenseman in the EHL. JWU is getting a great kid and player. We're going to miss having Kevin on the Wolves."

To Kunes' point, proof of Bite's progression can be clearly seen in his increase in point production during his final season of junior hockey.

After posting 15 points apiece in both the 2018-19 and 2019-20 seasons, Bite was named an Assistant Captain just prior to the start of the 2020-21 campaign. The veteran defenseman proceeded to double his production, posting 30 total points this past year.

Bite got off to a hot start at the beginning of the year, and thus was named an EHL All-Star back in November. However he didn't slow turn from there, on his way to being to the All-EHL 2nd Team at the end of the year.

While Bite is just the first EHL player to commit to JWU so far this year, he's also the 28th player to do so in league history. Also, with his commitment, the EHL has now placed at least one player per season with the Wildcats, since the league was formed back in 2013. 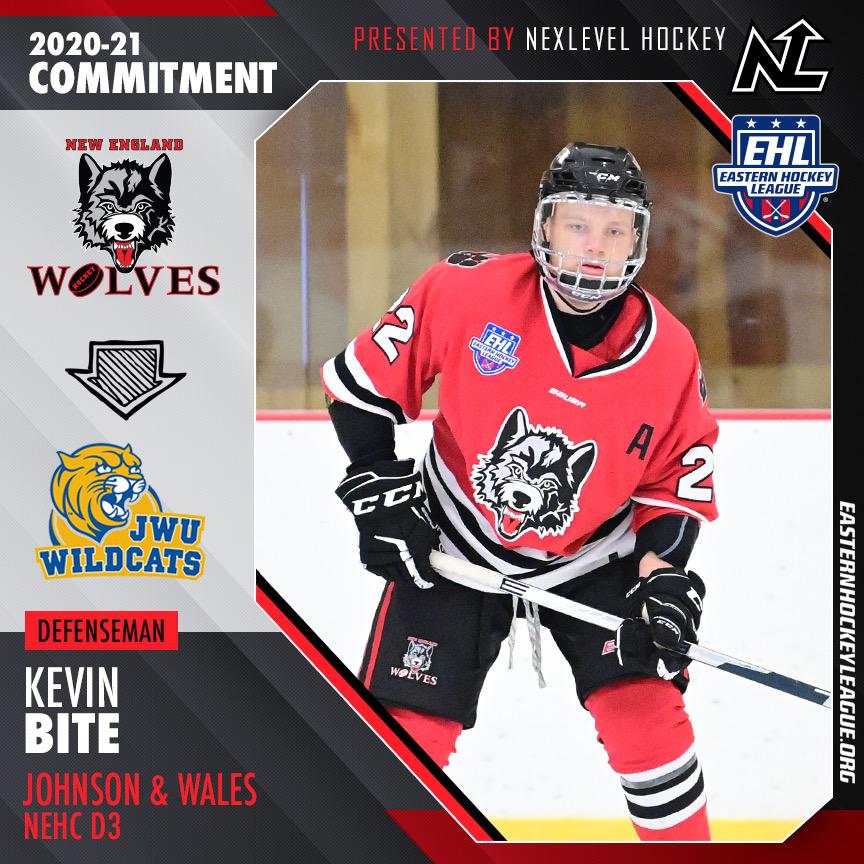