A Program Known for its Annual Progression

BEDFORD, MA -- Year in and year out the East Coast Wizards have established a reputation for being an Eastern Hockey League (EHL) program that consistently improves over the course of a season. Kory Falite has been with the program for almost the entire time the Wizards have been in the league, as he prepares for his 2nd season serving as the General Manager and Head Coach. After four seasons acting as the team's Assistant Coach, Falite took over as the lead guy this past year, providing a seamless transition for the Wizards.

On this week's episode of the #EShow we feature another organization with a strong history of success throughout its time in the EHL (1:21). The Wizards entered the league in its 2nd season, 2014-15, and over the course of time, took a stride forward with each and every new campaign. While the Wizards have showcased a handful of slow starts in recent years, they've also established themselves as a team that gets better as each season progresses, developing into a matchup that you don't want to draw in the postseason. To wrap-up the episode (24:37), the #ECrew creates the all-time lineup for the Wizards that includes a pair of former stars with 2017-18 EHL Most Valuable Player and Rookie of the Year.

Be sure to scroll down to see who made the cut for the all-time Wizards' lineup. 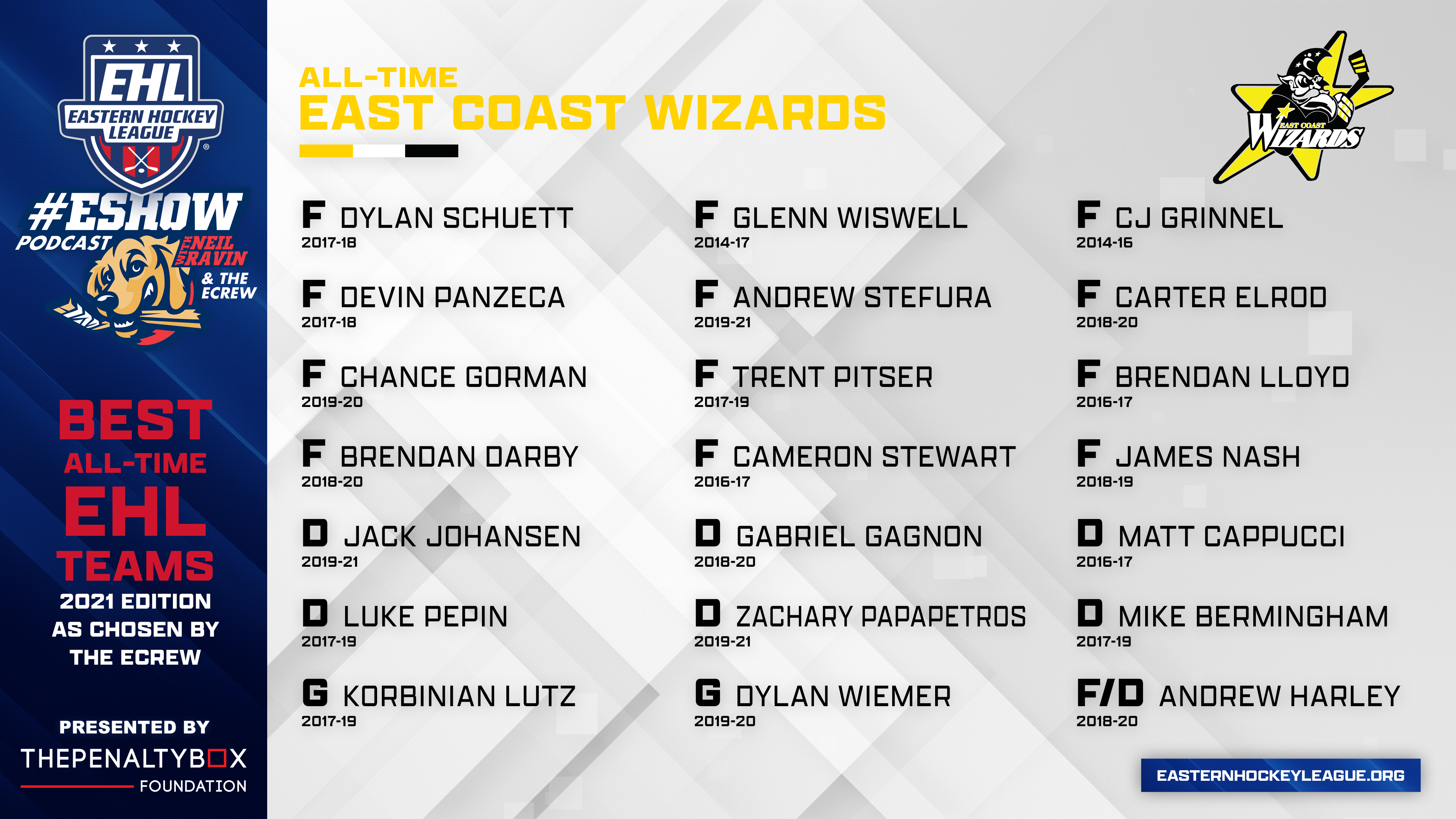