WATERVILLE VALLEY, NH -- Caleb Smith, a forward for the Lumberjacks Hockey Club, has committed to Rivier University for the fall of 2021.

The 2000-born native of Saratoga Springs, NY recently finished his first and only season in the Eastern Hockey League (EHL), tallying 28 points in 33 total games played.

"I am very happy for Caleb," said Lumberjacks head coach and general manager Jim Mosso. "He is a very hard working and deserving young man. He was a huge part of our team's success in reaching the Frozen Finals this year. I know Rivier is going to be better for having him. Best of luck to Caleb and his future as a student-athlete!"

As Mosso mentioned, Smith played a huge role on the Lumberjacks top line, playing alongside a pair of lethal scorers in Paul Fine-Lease and Egan Schmitt. That experience, along with the exposure Smith gained from playing in the league, has the gritty forward feeling very grateful for his time with the Lumberjacks.

"The Lumberjacks was a great organization for me," said Smith. "Coach Mosso, along with my fellow teammates, really made it easy to have a 'team first' mentality which is what I feel made us get to the championship tournament. Our team's success was my success which led me to Rivier. I am super excited to attend Rivier as it is a new program with all new players and a great opportunity to have fun playing the sport I love while getting a college education. I also want to thank my friends and family who have supported me to get to this point of my career."

When Smith arrives on campus he will be joined by one of his 2020-21 teammates in MacCallum Brown, as the pair of Lumberjacks are part of an incoming freshmen class that includes 15 total players from the EHL so far. 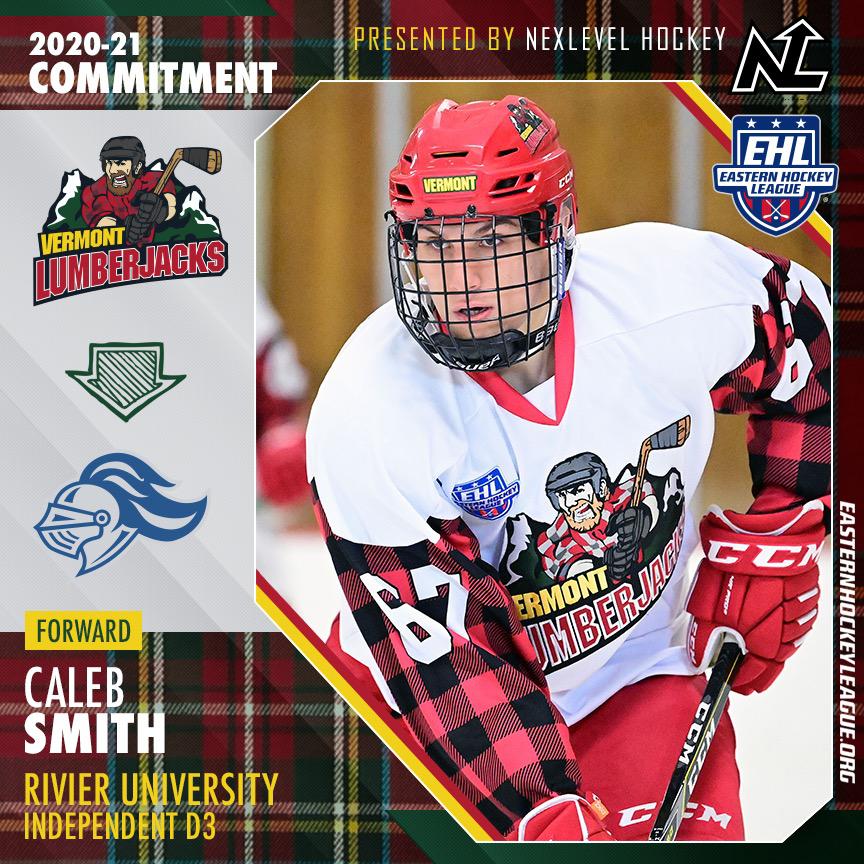