SOUTH DENNIS, MA -- Gus Butler, a defenseman for the Seahawks Hockey Club, has committed to Suffolk University for the fall of 2021.

The 2000-born native of Falmouth, MA recently finished his 2nd and final season with the Seahawks, and in 56 career games in the Eastern Hockey League (EHL), Butler tallied 14 total points.

"Gus is a smooth skating, left shot defenseman, that can make plays with his feet all around the ice," said Seahawks head coach and general manager Bill Zaniboni. "I'm looking forward to watching him continue to develop at the next level.

When Butler arrives at the next level, he will join a program that has consistently recruited players from the EHL ever since the league was formed back in 2013.

Butler is the 23rd player in league history to choose Suffolk, and he's part of an incoming freshmen class that includes four others players from around the EHL. When the sturdy defenseman arrives on campus this fall, he will be joined by Sergei Anisimov of the New England Wolves, Connor Thomas of the New Hampshire Avalanche, and PJ Donahue and Joe Lizotte from the Railers Jr Hockey Club.

"I am happy to continue my athletic and academic careers at Suffolk University," said Butler. "Suffolk is giving me the opportunity to go to school and play hockey in the heart of Boston which is truly a unique experience. I would like to thank my coaches, teammates, and family for the continuous support throughout the years. I would also like to thank Coach Zaniboni and the Seahawks organization for their support, and drive to develop players and get them to the next step in their respective careers." 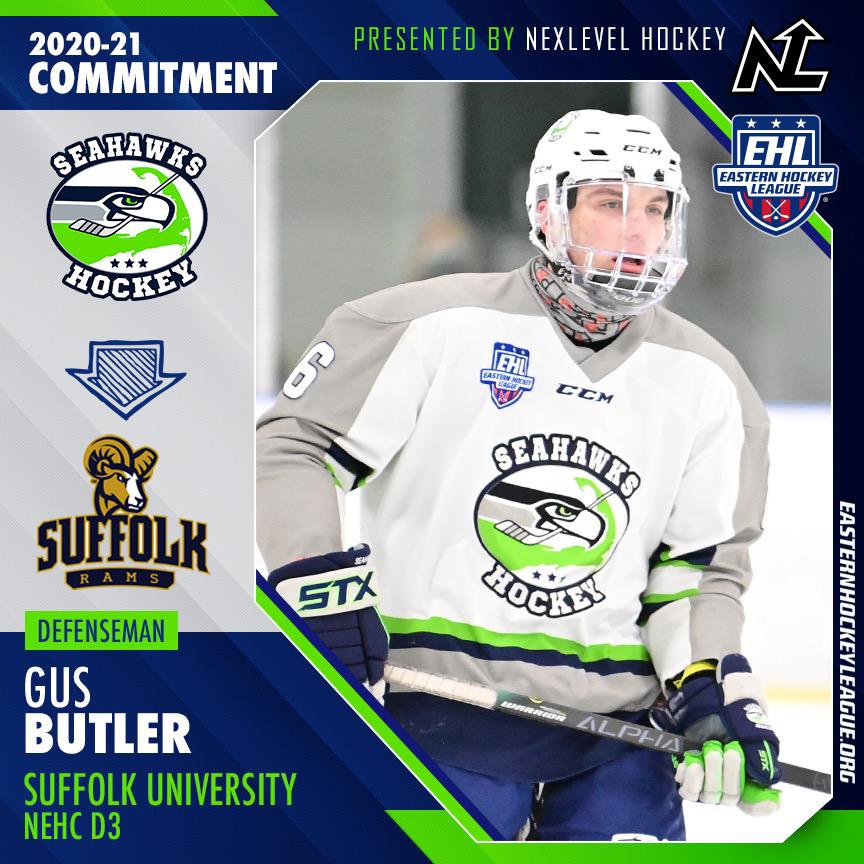