LACONIA, NH -- Andrew Lantry, a forward for the New England Wolves, has committed to SUNY Potsdam for the fall of 2021.

The 2000-born native of Brasher Falls, NY recently finished his first and only season with the Wolves, following a year spent with the New Hampshire Avalanche at the Eastern Hockey League Premier (EHLP) level. After posting 17 points in 39 games over the course of the 2019-20 season, Lantry made the jump up to the Eastern Hockey League (EHL) level with this Wolves this past year, posting an additional six points in 31 total games.

"Andrew has a great work ethic and is a great teammate," said Wolves head coach Tim Kunes. "I'm very happy for him to get his commitment to SUNY Potsdam. Andrew was a very important player for us this season and we wish him the best of luck next year."

Lantry is one of two EHL players from this past year that committed to Potsdam, as he will be joined by Nolan Towne of the Seahawks Hockey Club this fall. With Lantry's commitment the Wolves also have now gone back-to-back years with one player choosing the Bears, as he follows suit of Jack Loran from the 2019-20 team.

"The Wolves program helped me become a better athlete and person during my time there," said Lantry. "The coaching staff is committed to making players become better both on and off the ice throughout all levels of the Wolves organization." 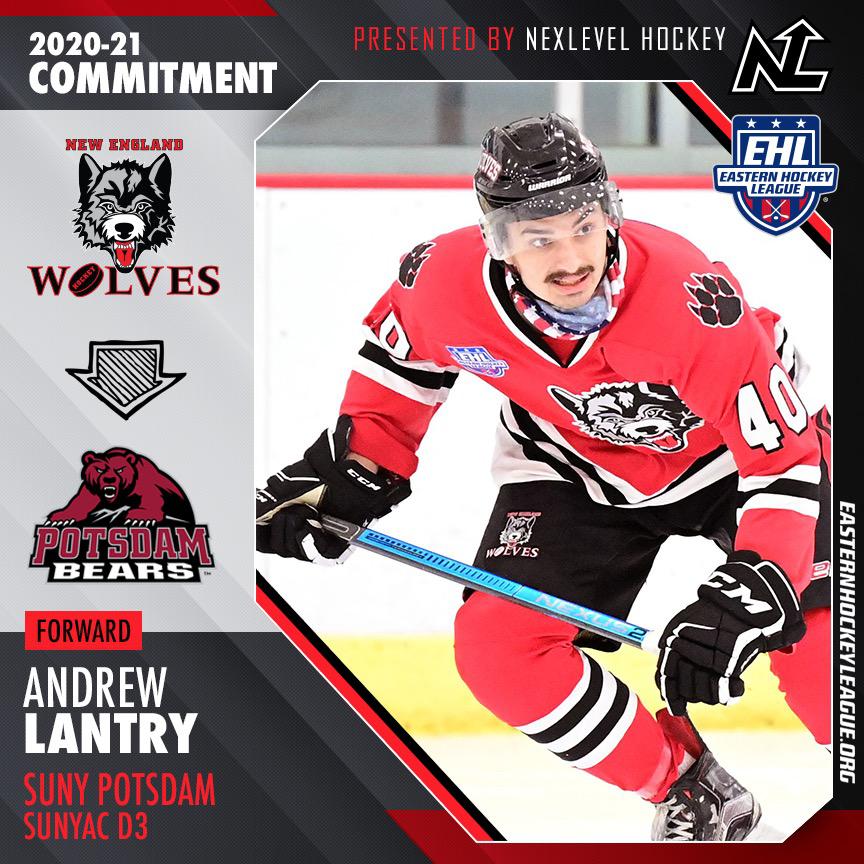