Team of the Week (Seahawks) | Episode 70

A Team That Takes a One Step Forward, Every Season

SOUTH DENNIS, MA -- With each year that comes and goes, the Seahawks Hockey Club sets a program goal to take a step further than the year before. In four seasons to date, the program has established a strong identity down on the Cape, and has helped nearly 50 players advance onto NCAA hockey.

On this week's episode of the #EShow we feature the youngest team of the offseason to date (1:25), as Bill Zaniboni and the Seahawks Hockey Club continue to prepare for their 5th season in the EHL and their 1st in the EHLP. Over the first four years, the Seahawks have established a reputation of being a hard team to play against, built off the physicality that they bring on every shift of every game. The program has also set itself apart as being one of the commitment leaders in the league, with 46 total NCAA Commitments in four years, and that impressive number includes 15 from this past season. Following the interview with Zaniboni (22:59), the former NCAA Division I netminder, the #ECrew discusses and selects the all-time lineup for the Seahawks.

Be sure to scroll down to see who made the cut for the all-time Seahawks' lineup. 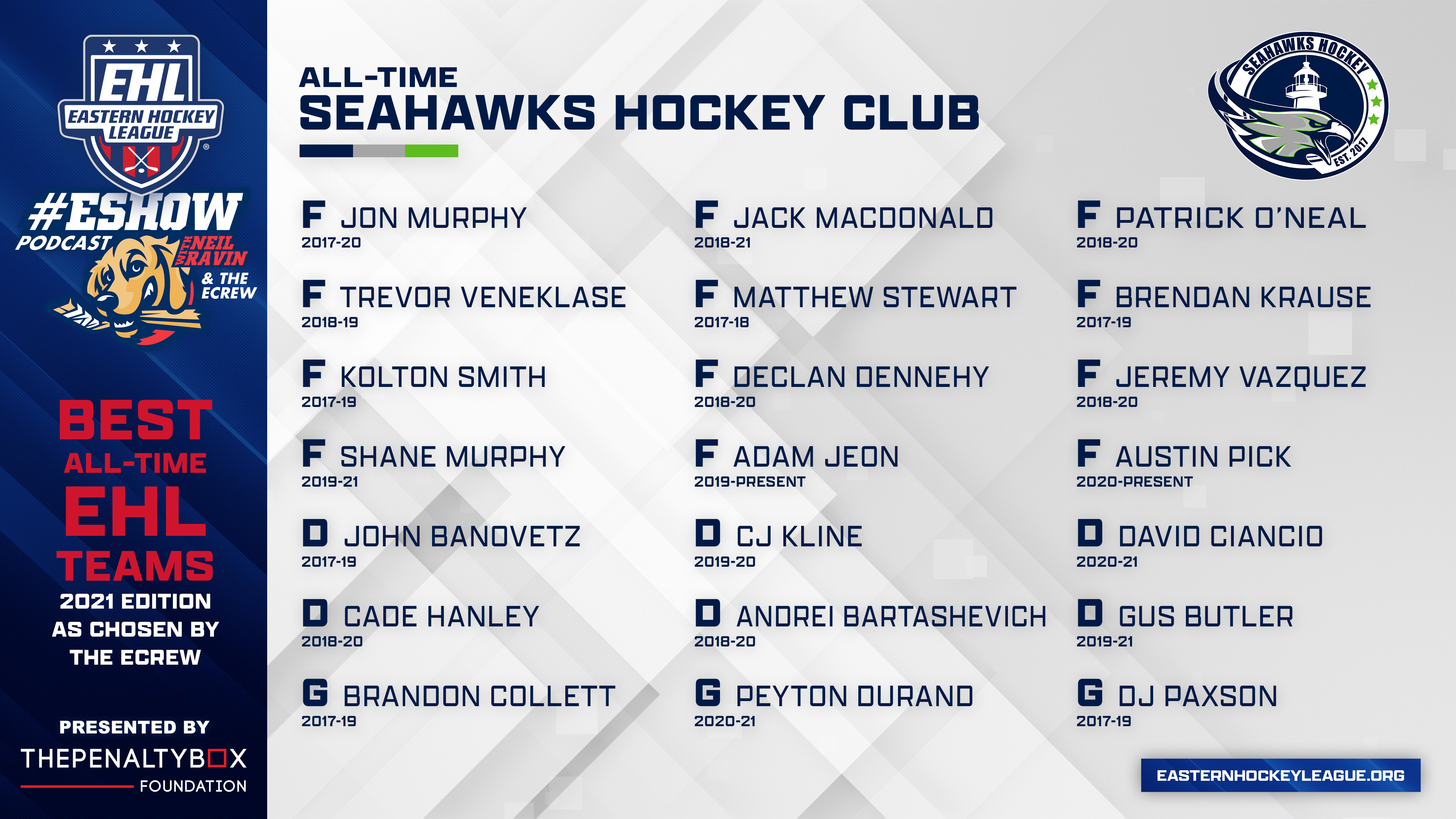