Team of the Week (Maryland) | Episode 71

Building a Program and Establishing a Culture

ODENTON, MD -- It's one year at a time and one step at a time for Team Maryland, as they close the books on their 3rd season and continue to prepare for their 4th year in the Eastern Hockey League (EHL).

On this week's episode of the #EShow we keep trending younger with our Team of the Week features, as we highlight a program with three years of history in the EHL (1:20). Josh Fusco has been with the organization for a pair of seasons, and has helped guide Maryland a step further in each respective year. From the franchise's first playoff victory, to their first series win, Fusco's leadership has led to on-ice success during the month of March, along with an NCAA Commitment total that more than doubled this past season. To wrap-up the episode (32:55), the #ECrew assembles the Team Maryland all-time lineup with a special selection for one of Fusco's former netminders.

Be sure to scroll down to see who made the cut for the all-time Maryland lineup. 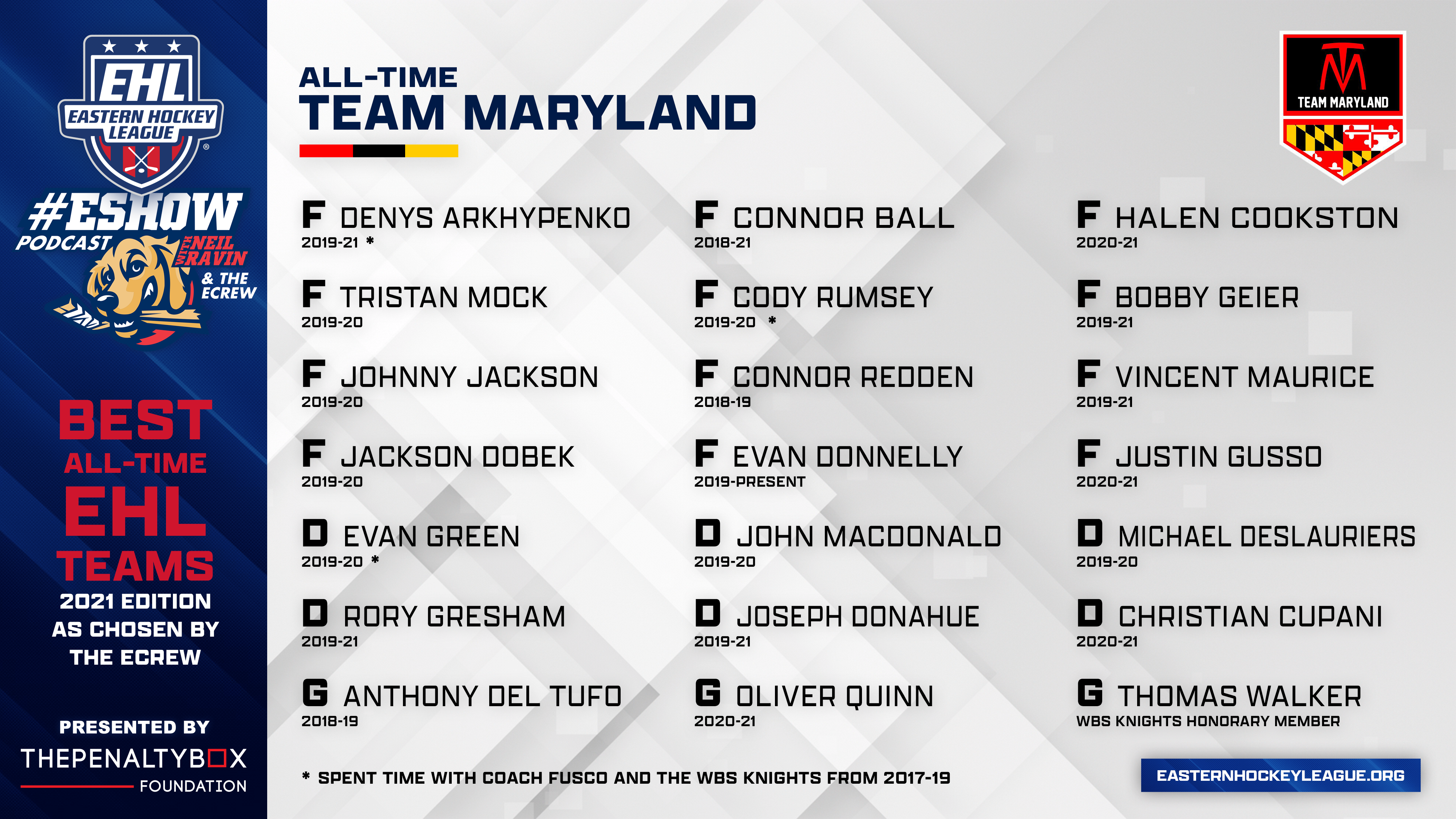