On this week's episode of the #EShow we officially welcome Greg Heffernan to the EHL (1:11). After 12 seasons of serving as the Head Coach at Western New England University, Heffernan is ready to take on a new challenge. The native of Ontario inherits a program on the rise in the EHL, coming off their first playoff series victory this past March. Heffernan hopes to help the program continue to take forward steps from the moment he arrives and in the years to come. To wrap-up things up (24:12), the #ECrew puts together the all-time lineup for the Chiefs.

Be sure to scroll down to see who made the cut for the all-time Chiefs' lineup. 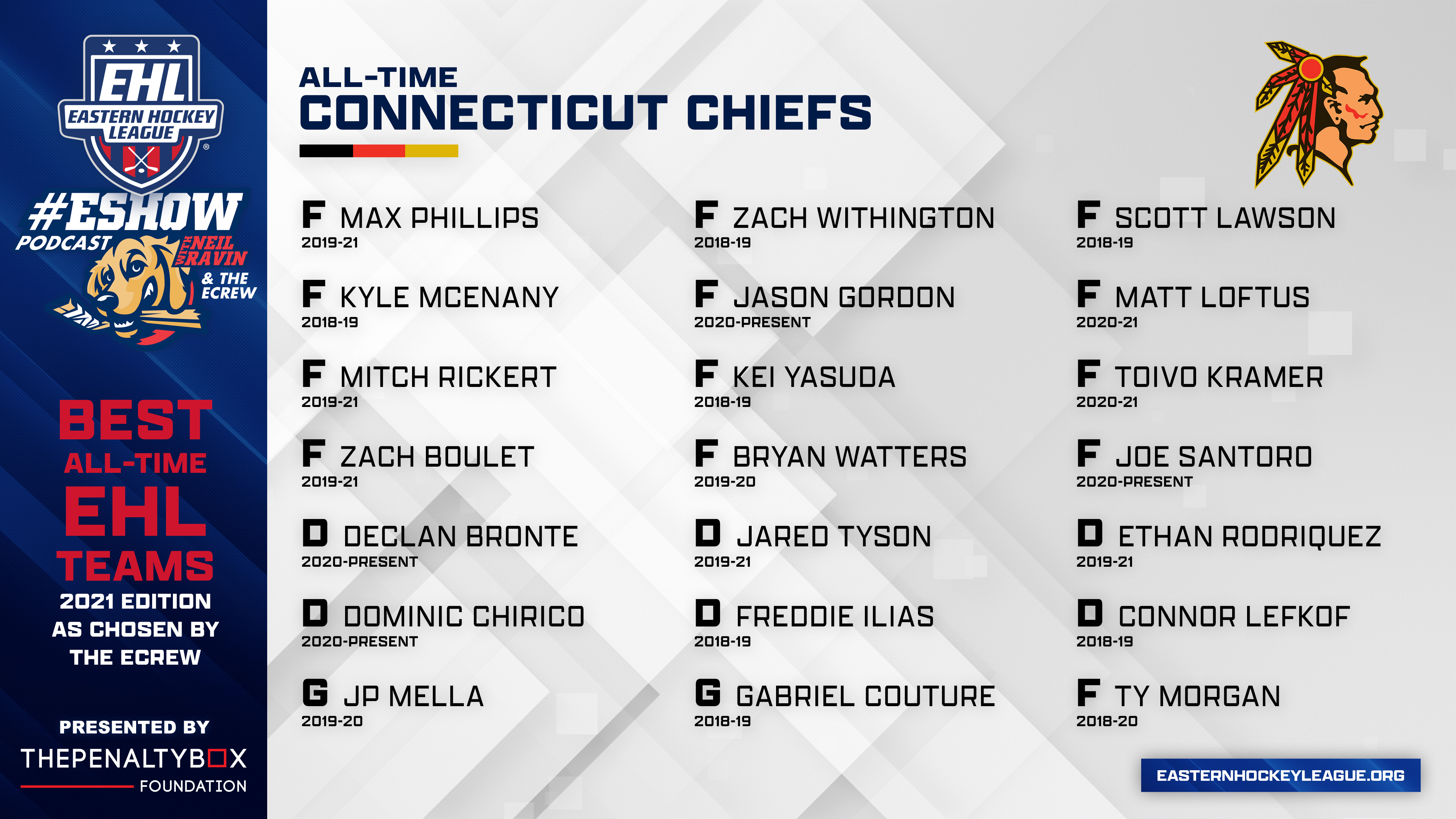