SOMERSET, NJ -- Brendan Erickson, a forward for the Protec Jr Ducks, has committed to Finlandia University for the fall of 2021.

The 2000-born native of Hancock, MI began this past season with the New Hampshire Avalanche, before heading south to join the Ducks in early January. Overall, Erickson played in 29 total games in the Eastern Hockey League (EHL), and tallied 14 points throughout the year.

"[Brendan] Erickson was the perfect addition to round out our D-core, not to mention the maturity and poise he brought to our locker room each day," said Ducks head coach and general manager Terry Watt. "We would like to take this time to thank Brendan for his hard work and dedication, and we wish him the best of luck with his new team for the next four years."

Upon Erickson's arrival in New Jersey, the veteran defenseman immediately filled a key role for Protec. Erickson finished as a time on ice leader on almost a nightly basis with the Ducks, and was a key factor in Protec's First Round series victory over the New York Apple Core.

With Erickson's commitment, Protec's total increases up to seven for their inaugural season, and he also becomes the second EHL player from the 2020-21 campaign to choose Finlandia. Erickson will be joined by Ian Edgar of the Seahawks Hockey Club when he arrives on campus this fall.

Learn more about the Ducks on the team's official website, and check out the full 2020-21 NCAA commitment list. 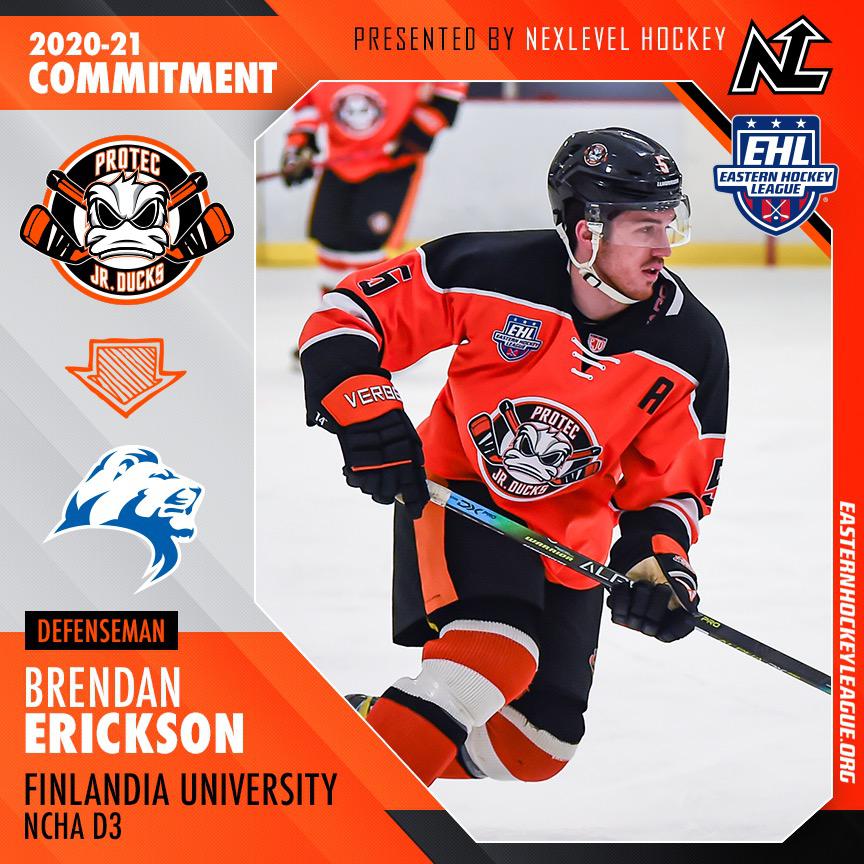