ASTON, PA -- Scott MeGraw, a forward for the Philadelphia Little Flyers, has committed to Alvernia University for the fall of 2021.

The 2000-born native of Philadelphia, PA finished his first full season with the Little Flyers this past March (2021), after joining the program in October of the previous campaign (2019). Overall, in 61 career games in the Eastern Hockey League (EHL), MeGraw notched 64 total points with 16 goals and 48 assists.

"Scott came to our program during the 2019-20 season just looking for an opportunity. He played on the blue line for us most of his first season, because that’s where we needed him at the time," said Little Flyers head coach and general manager Mark Catron. "The level of maturity and leadership Scott showed starting in camp this past season earned him a role as our Assistant Captain, which is what we needed for such a young group. Scott’s ability to create plays and set up teammates was on full display this season; he led the league in power-play assists as our quarterback on the top unit.  Being at Alvernia with Coach Burke will be a great opportunity for Scott to help get that program off the ground and compete at a high level. I think he has a chance to be very successful in the classroom and on the ice with Golden Wolves."

Alvernia University is located in Reading, PA, and the Golden Wolves will enter their first season competing at the NCAA Division III level in the fall of 2022. Prior to the 2022-23 season, MeGraw and his new teammates with prepare by spending the 2021-22 season in the American Collegiate Hockey Association (ACHA). Following this upcoming year, the Golden Wolves are slated to join the United Collegiate Hockey Conference (UCHC), one of the most competitive conferences in all of NCAA Division III hockey.

“I’d like to start by thanking my family for all the sacrifices they have made for me to get to this point and all of their support and encouragement; I wouldn’t have been able to achieve this goal without them," said MeGraw. "Also, I would like to thank all of my teammates that I’ve played with and the Philadelphia Little Flyers organization, Coach Catron, and Anthony Lorusso for helping me to achieve my goal of playing NCAA hockey and the ability to further my education. Lastly, and most importantly, I’d like to thank Alvernia University and Coach Burke for giving me this opportunity. It has been a long journey, and I’m very excited to be a part of the Alvernia University Golden Wolves." 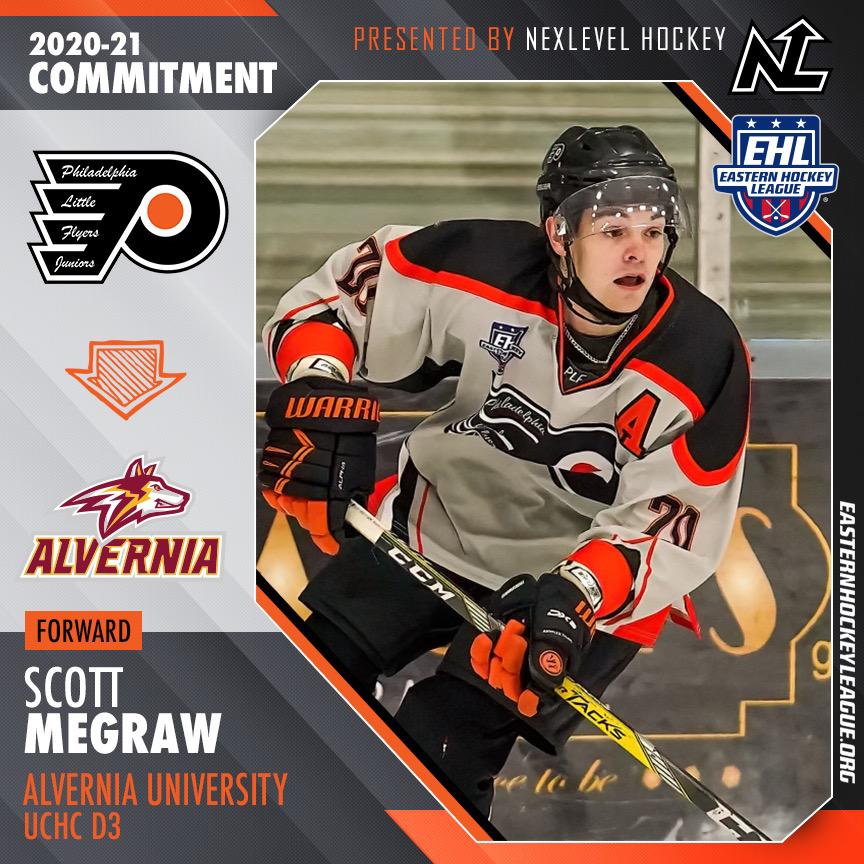