Team of the Week (Avalanche) | Episode 79

On this week's episode of the #EShow we feature a program that's placed 72 players into college, dating back to their inception into the league in 2017. Coming over from Hartford, Chris Cerrella helped establish an instant contender when he arrived in New Hampshire (1:27). Along with the impressive commitment totals that the Avalanche have posted, they've also appeared in all 3 Championship Games that the league has hosted at the EHL Frozen Finals. After winning it all in 2018 and 2019, Cerrella and the Avalanche lost to the Boston Jr. Rangers in overtime this past March, thus, the revenge tour has begun for this upcoming year. With tons of talented players that have come through the program, the #ECrew wraps up the episode by taking their best crack at assembling the latest all-time lineup (26:45). 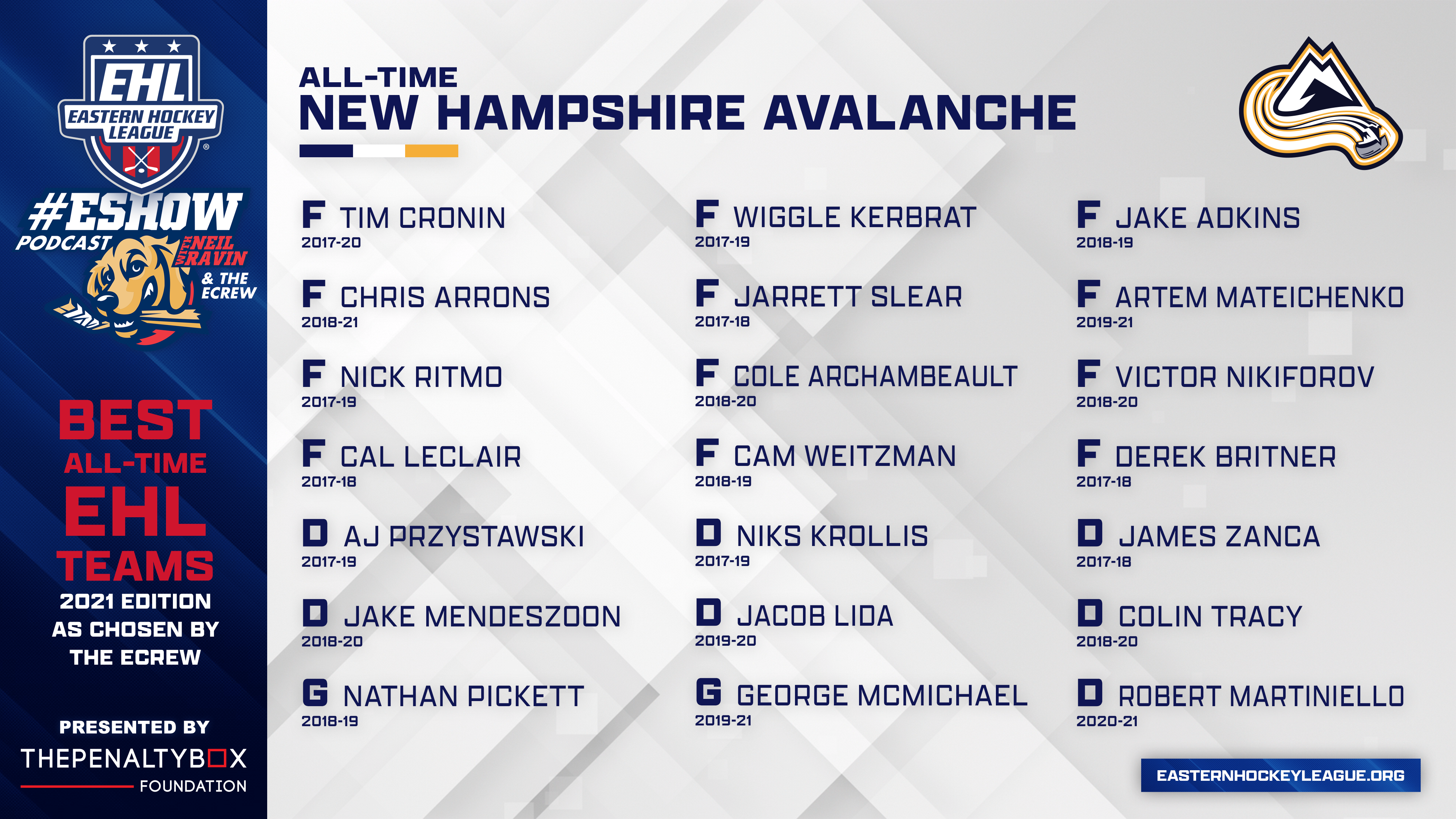