BREWSTER, NY -- Eric Mark, a defenseman for the New York Apple Core, has committed to Western New England (WNE) for the fall of 2021.

The 2000-born native of Bensalem, PA spent just a single season with the Apple Core, and in 27 total Eastern Hockey League (EHL) games, the defensive defenseman notched three assists to his credit.

“Eric was a solid and consistent player for us, both on and off the ice,” said Apple Core head coach and general manager Mike LaZazzera. “A stay-at-home defenseman, who always knew where to be. Eric was very humble and truly cared for the team in his short time with us."

Mark is part of a four-player class heading off from the EHL to WNE this fall, as he will be joined by a pair of former teammates in Sam Mitchell and Jason Ruszkowski, as well as William Pond from the Connecticut RoughRiders. Overall, the four-player class increases the EHL's total up to 26 NCAA Commitments to WNE since the league was formed back in 2013.

“I am excited to say that I will be attending Western New England in the fall," said Mark. "With great academics and athletics, it had all the criteria's checked of my ideal school. I would like to thank the New York Apple Core organization for the opportunity to play. Especially through a pandemic, this was undoubtedly a year I will remember. From the general manager, to the media guy, everyone cared; it was a great experience to play in such a tight-knit organization. A lot of adversity was faced throughout this year from getting dressed outside, to dealing with covid. As a result, I'd like to thank Coach LaZazzera for instilling a 'team first' mentality through his meetings and discussions which helped us get through this season. When narrowing down schools he mentioned that Western New England would be a great school to look at. Once I visited, I knew that this is the place where I wanted to be. I would like to thank friends, coaches, and especially my parents who supported me throughout the way.” 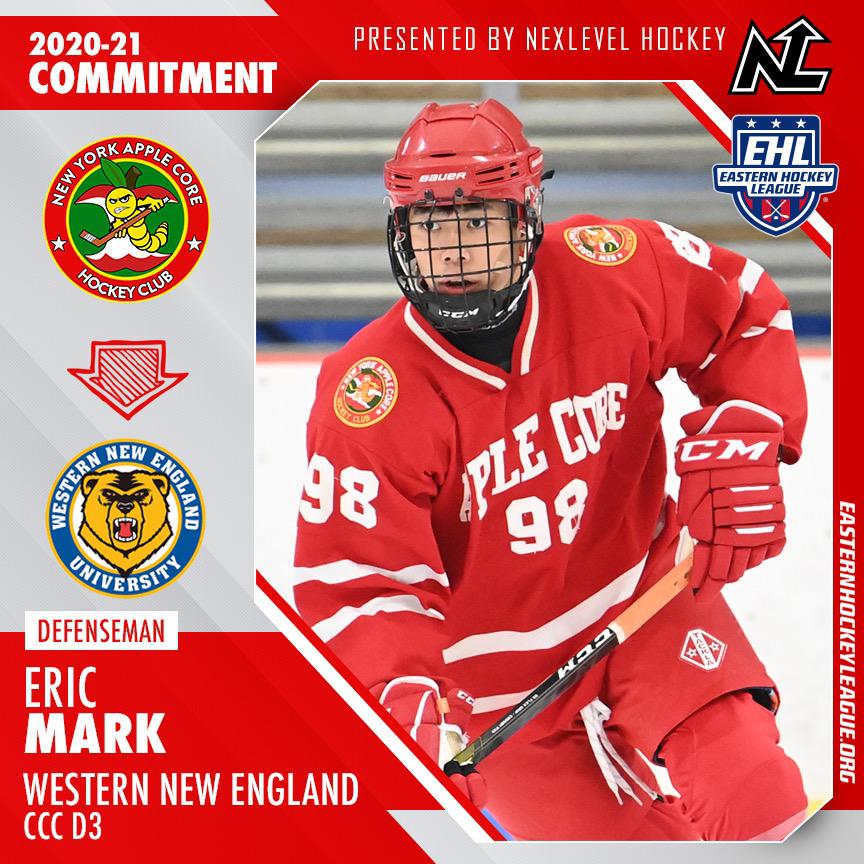