Raising the Bar, Year In and Year Out

WALL TOWNSHIP, NJ -- It's time for the final Team of the Week feature of the offseason, as we highlight the New Jersey 87's. Heading into just their 5th season of operating a junior hockey franchise, the 87's having solidified their program as an annual contender in both the Eastern Hockey League (EHL) and the Eastern Hockey League Premier (EHLP).

On this week's episode of the #EShow we cross off the final Team of the Week feature of the offseason, as we highlight the New Jersey 87's. This fall marks the 5th year for a program that started at just the EHLP level back in 2017. Throughout their time in the league, the 87's have built an annual contender at both levels, EHL and EHLP. The hard work came to fruition with each club advancing to the Frozen Finals this past March, capped off by a Championship Sunday that Adam Houli and Matthew Kiernan will never forget, as they claimed their first EHLP title. The last Team of the Week feature begins by taking a look back with Houli (1:22), and ends with an all-time lineup as good as any the #ECrew has constructed to date (21:31). 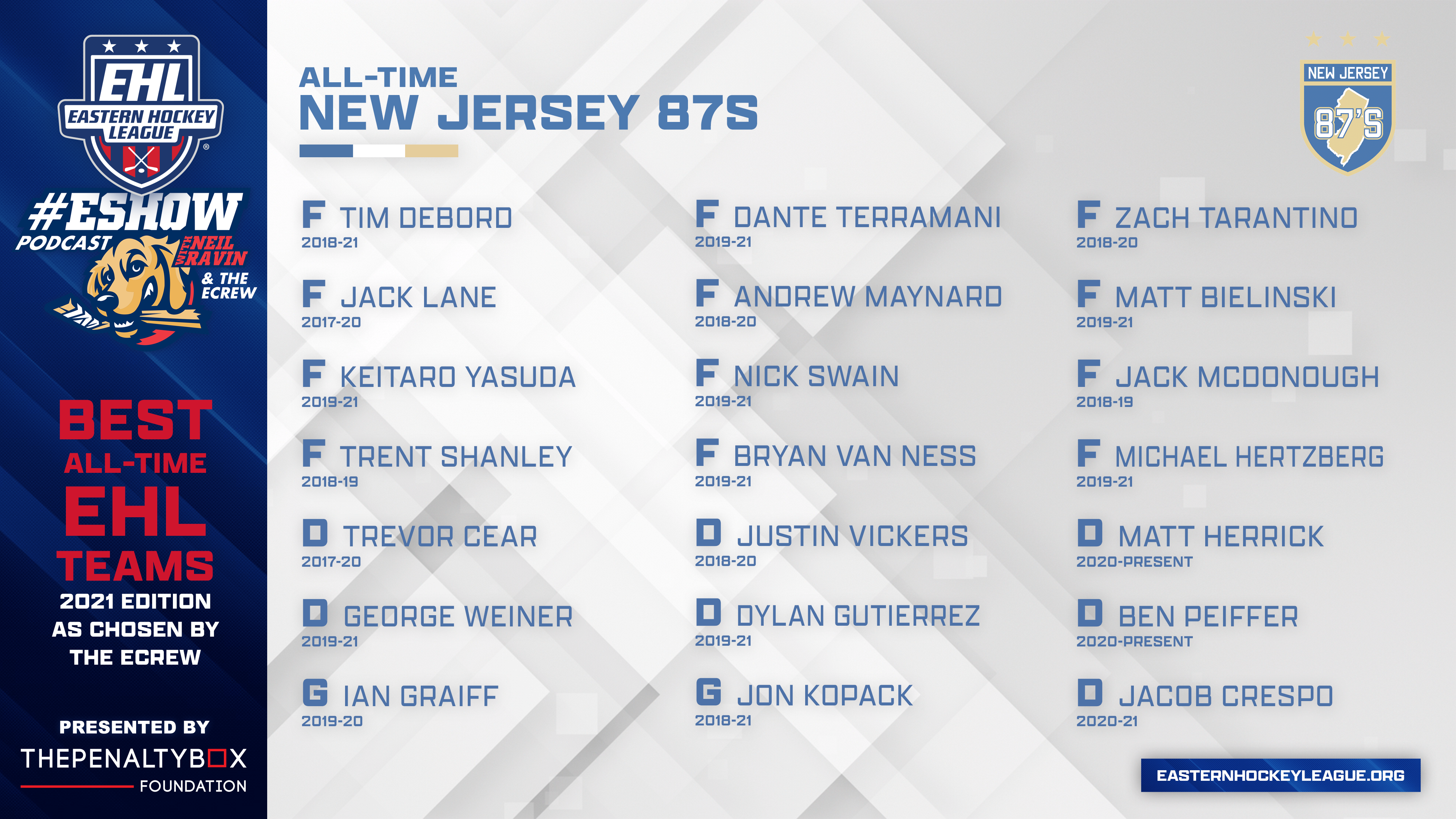