Jackson Headlines First Set of Stars of the Week

Below you'll find the 1st set of weekly top performers in the #EShow. The forward and defenseman awards are presented by Verbero Hockey, while the goalie honors come courtesy of Vaughn Custom Sports.

The EHL is pleased to announce that Nick Graziano (Team Maryland), Corey Popowcer (Vermont Lumberjacks), and Chris Jackson (Boston Jr Rangers) have been named the Top Performers for Week #1.

Graziano and Team Maryland opened up their season with a weekend sweep of the Connecticut RoughRiders. The '01 native of East Stroudsburg, PA led his team offensively with four goals and four assists combined over the three games, and that included the game-winning tally on Sunday.

After spending three seasons (2017-20) with the New Jersey Renegades in the EHLP, Graziano now enters his 2nd full year with Maryland. The hot start to his age-out campaign quickly ranks Graziano tied for 2nd in the league in scoring, with matchups coming up this week against the New Jersey 87s on Wednesday and the Philadelphia Little Flyers on Monday.

Popowcer and the Lumberjacks also swept their opening weekend series, picking up a pair of victories over the Maine Eclipse. Back for his 2nd year, and first full season with Vermont, Popowcer got off to a fast start by scoring three goals and notching two assists over the course of the two games. The five-point weekend included a tally on the power-play, and what stood as the game-winner on Saturday night.

After posting 14 points in 31 total games last year, the '01 native of Parkland, FL is well on his way to surpassing that production early on in his age-out season. Popowcer will look to keep the momentum rolling with a home matchup against the Valley Jr Warriors on Wednesday, followed by a pair of road contests against the Seacoast Spartans this weekend.

Keeping with the trend of opening weekend sweeps, Jackson and the top-ranked Rangers won both of their games on Friday and Sunday. The '02 native of Charlestown, WV was in net for each victory, starting with his team's 3-2 come-from-behind overtime win against the Spartans on Friday. Jackson was stellar in his first start of the season, turning aside 34 of the 36 total shots that were sent his way.

Fast-forward to Sunday, and Jackson played even better in the rematch of the 2021 Championship Game against the New Hampshire Avalanche. Jackson made 39 saves on 40 total shots, amassing to an opening weekend GAA of 1.49 and a save percentage of .961. The defending champions have picked up right where they left off, and will look to keep things rolling with home matchups this week against the Railers Jr Hockey Club on Thursday, and the Seahawks Hockey Club on Saturday.

The EHLP is pleased to announce that Luc Denney (Valley Jr Warriors), Emmerson Mitchell (Vermont Lumberjacks), and Dominic Saputelli (New Jersey 87s) have been named the Top Performers for Week #1.

Denney and the Warriors kicked-off their season with a 6-1 victory over the New England Wolves on Saturday afternoon. The '02 native of Cambridge, MA served as the offensive catalyst for his team, scoring twice and dishing out three assists. The five-point effort included a power-play assist and a short-handed assist, as the Warriors rolled to their first victory of the year.

Leading up to the showcase, the Warriors have a pair of home games on the schedule, as Valley hosts the Walpole Express on Saturday, and the Boston Jr Rangers next Wednesday. Denney will look to keep things going, as his team prepares for the first league-wide event of the season.

Mitchell and the Lumberjacks followed suit with Vermont's EHL team, picking up a two-game sweep of the Maine Eclipse. The Lumberjacks won each game by the final score of 4-2, with Mitchell scoring the game-winning goal on Saturday night.

The '02 native of Ithaca, NY will surely be noticed on the ice this season, as at 6'4", he's one of the tallest players in the EHLP. Mitchell and Lumberjacks take on Maine two more times this weekend, but Saturday and Sunday's matchups are scheduled for Biddeford Arena in Biddeford, ME.

Wrapping things up between the pipes, Saputelli and the 87's won both of their home games this past weekend, knocking off the Philadelphia Little Flyers on Saturday and the New Jersey Renegades on Sunday.

The '04 native of Jenkintown, PA entered Saturday's game in relief, with his team trailing 5-2. Saputelli played near-perfect hockey the rest of the way, stopping 18 of the 19 shots he faced in a little over 37 minutes of playing time. The stellar play propelled his team to a wild 7-6 come-from-behind victory.

The following afternoon, Saputelli got the nod for his first start, and did not disappoint. The young netminder turned aside 20 of the 22 shots he faced, in a 7-2 victory for the 87's. A perfect 2-0-0 start has the defending champions feeling good, as they welcome the Connecticut Chiefs to town this weekend for another pair of games. 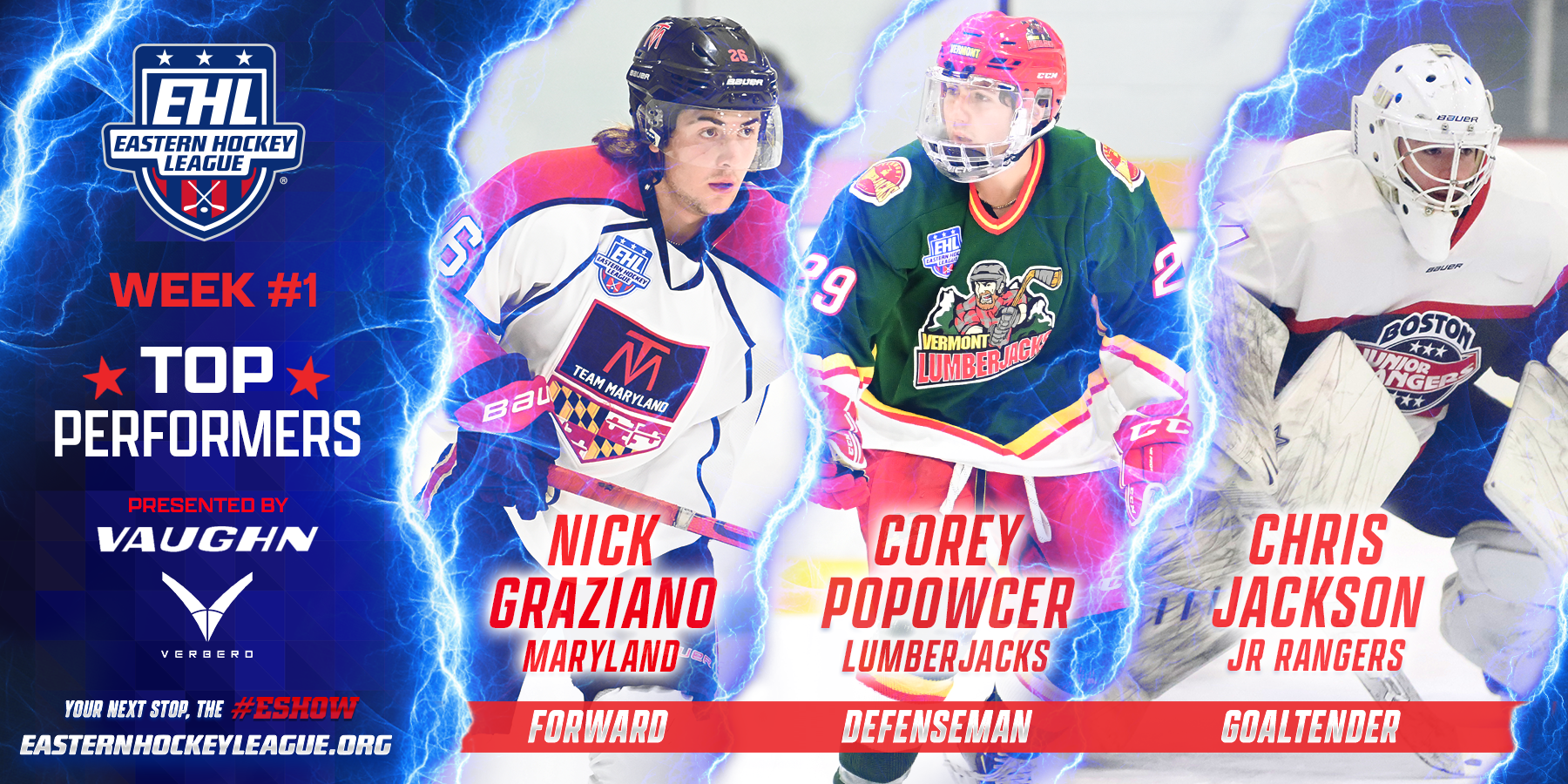 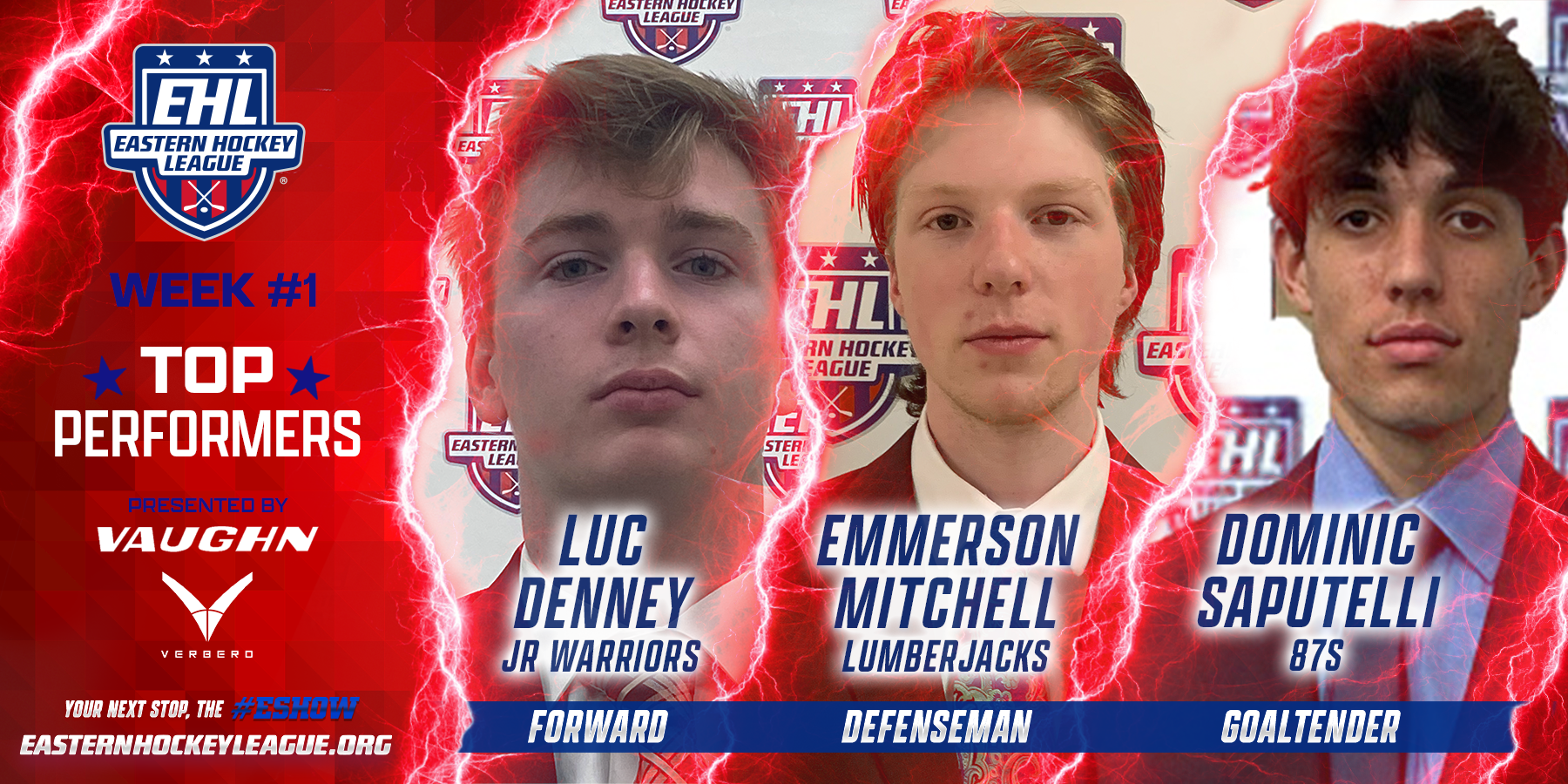