Pimental Headlines Second Set of Stars of the Week

Pimental and the Railers were one of a handful of teams that didn't play their first game until this past week, but they got off to a fast start by picking up wins in their first three contestes of the year. Back for his 2nd season and serving as a captain this year, the '01 native of East Providence, RI set the pace for his team offensively with a pair of goals (two game-winners) and three assists combined between the three games. Overall, the five point weekend, has Pimental off to a great start to his age-out campaign.

At 3-0-0, the Railers are a prime contender to move inside the newest set of Power Rankings, which will be determined on this week's podcast. Looking ahead after that to the showcase, and the Railers are set to square off with the Walpole Express, the New England Wolves, and the East Coast Wizards in the first league-wide event since January of the 2019.

Mettler and the Apple Core split their two-game series with the Philadelphia Little Flyers this past week, knocking off the South Division opponent by the score of 2-1 on Thursday, before dropping a 7-5 contest on Friday. The '01 native of Bronx, NY tallied three points in the two-game set, picking up a goal and two assists. Just like Pimental, Mettler is off to a fast start to his age-out season, having already notched five points to his credit. At the current pace, Mettler should quickly surpass the 19-point total he registered this past year.

Coming up this week, Mettler and the Apple Core are set to battle three East Division teams at the Worcester Showcase, with matchups scheduled against the Seahawks Hockey Club on Friday, the Valley Jr Warriors on Saturday, and the Boston Jr Rangers on Sunday.

Wrapping things up between the pipes, and there were many top-notch performances delivered throughout the league this past week. One of the best, came from Fattedad, as he turned aside 43 of the 44 shots he faced in a 2-1 victory over the New Jersey 87s on Saturday night. The win was the 2nd of the year for the '03 native of Greenwich, CT, coming off of a 2020-21 campaign that saw Fattedad own a mark of 5-8-1 with a 4.17 GAA and a .900 save percentage.

Through two starts to date this year, Fattedad has a 1.98 GAA to go along with a .953 save percentage, as Protec gets set for three games of their own at this week's showcase.

Decker and the Seahawks kicked-off their season by earning a pair of one-goal victories over the Walpole Express on Friday, and the Boston Jr Rangers on Saturday. New to the EHLP this season, the Seahawks played their first game at home on Friday, with the '03 native of Petoskey, MI picking up an assist in the 4-3 victory over Walpole.

Fast-forward to Saturday, and Decker scored both goals for his team, in 2-1 road victory over the Rangers. The tests keep coming for the Seahawks, as Decker and his teammates now get set to face the Railers Jr Hockey Club, the Philadelphia Little Flyers, and the New Jersey 87s in their first-ever showcase in the EHLP.

Just like in week #1, Calautti and the Warriors took care of business in their only matchup, earning a 7-3 victory over the Walpole Express on Saturday. After being held off of the scoresheet against the New England Wolves in the season opener, Calautti responded with a pair of assists in his team's first game on home ice.

Coming up this week, Calautti and the Warriors join the rest of the league out in Worcester, after a showdown with the Boston Jr Rangers on Wednesday. As for the showcase, Valley is scheduled to take on the Connecticut Chiefs on Thursday, the New Jersey 87s on Saturday, and the New Jersey Renegades on Sunday.

Finishing things off between the pipes, Taylor and the Rangers split their first two games of the season, shutting out the New Hampshire Avalanche on the road last Wednesday, before losing at home against the Seahawks on Saturday. The '02 native of Hamburg, NY was in net for the shutout victory, making 37 total saves against the defending EHLP Regular Season Champions.

Looking ahead to the Rangers schedule following tomorrow's matchup with the Warriors, and Boston has matchups scheduled against the Little Flyers, Wolves, and Chiefs at the first showcase of the season. 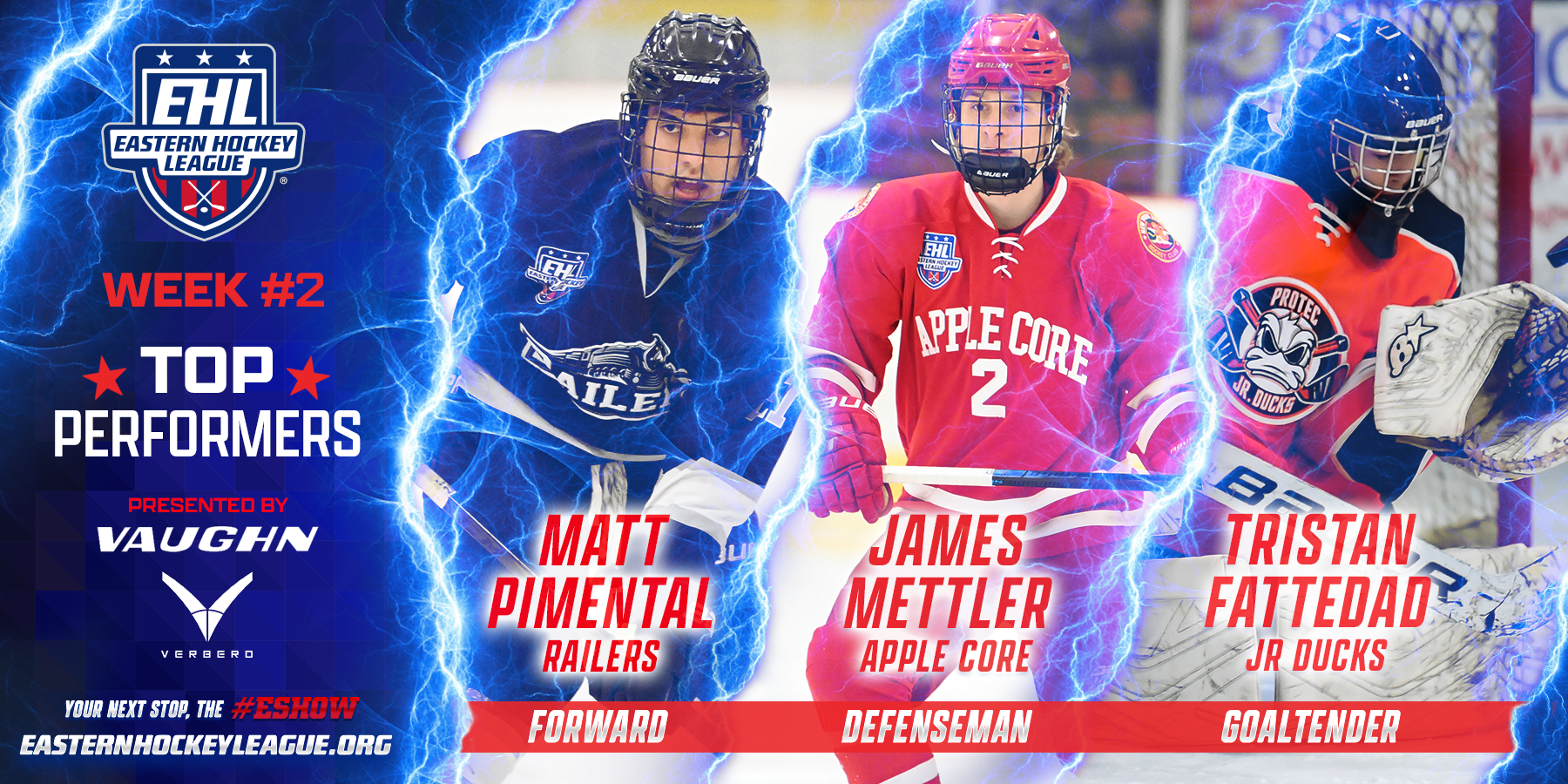 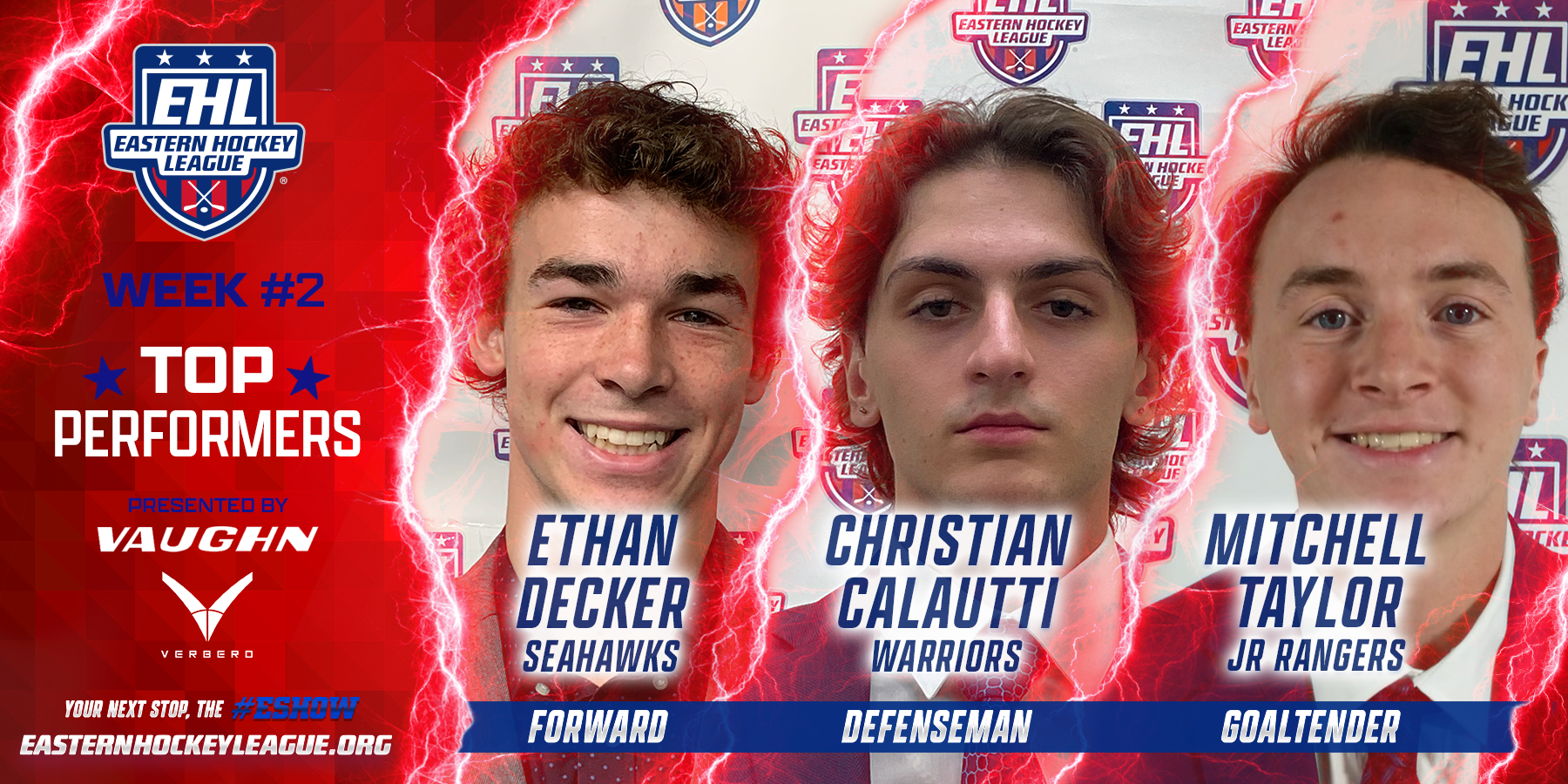