Quinn, Brow, and the Ducks got off to a fast start in September, by winning four of their first five games. The second-year program then followed up a near-perfect opening month of the season, with a solid performance this past weekend at the Worcester Showcase.

As for Quinn, the '02 native of Rochester, NY tallied 13 points in the month of September, including a hat-trick against the New England Wolves on the first day of the showcase. After posting 27 total points throughout the entire 2020-21 campaign, Quinn is well on his way towards surpassing those numbers early on in this current season.

Moving back to the blue line, and Brow is off to a great start in what will be his first and only season in the EHL. The '01 native of Monroe, MI turned heads in the opening month of the season, tallying a trio of goals and six total assists in his team's five games. Looking forward, Quinn and Brow will look to continue to lead the way it what is shaping up to be a tough South Division.

Shifting between the pipes, and similar Quinn, this is Jackson's 2nd year in the EHL, but it will also be his first full season. After joining the Rangers late in the 2020-21 campaign, the '02 native of Charlestown, WV earned three wins in three total starts throughout the opening month. Jackson picked up wins over the Seacoast Spartans, New Hampshire Avalanche, and Seahawks Hockey Club while only allowing four goals in the process.

Paired alongside Nathan Mueller once again, and the Rangers are looking equally as stout in goal as they did a year ago, when they skated away with their first-ever EHL Championship.

Denney and Webb each got off to great starts in the month of September, and played key roles in the Warriors best opening stretch in program history at the EHLP level.

Denney set the pace for his team offensively as the '02 native of Cambridge, MA stuffed the scoresheet with four goals and seven assists in his team's four total games throughout the month. Valley finished a perfect 4-0-0 in the month of September, and despite having dropped their first game of the year this past weekend (October 2nd), Denney has already added a goal and an assist in a pair of October games to date.

As for Webb, the '03 native of Hingham, MA followed suit of what Jackson accomplished at the EHL level. Webb got the nod and earned the victory in all three of his starts throughout the opening month. The wins came over the New England Wolves, Boston Jr Rangers, and Connecticut Chiefs, as Valley has quickly established itself as a top contender this year in the EHLP.

Speaking of the Chiefs, the South Division team provided us with the top performer on the blue line, as Sawden dished out five total assists in the opening month. Tack on a goal that he's already scored in October, and the 03 native of Old Lyme, CT is without a doubt a player to keep an eye on this season. 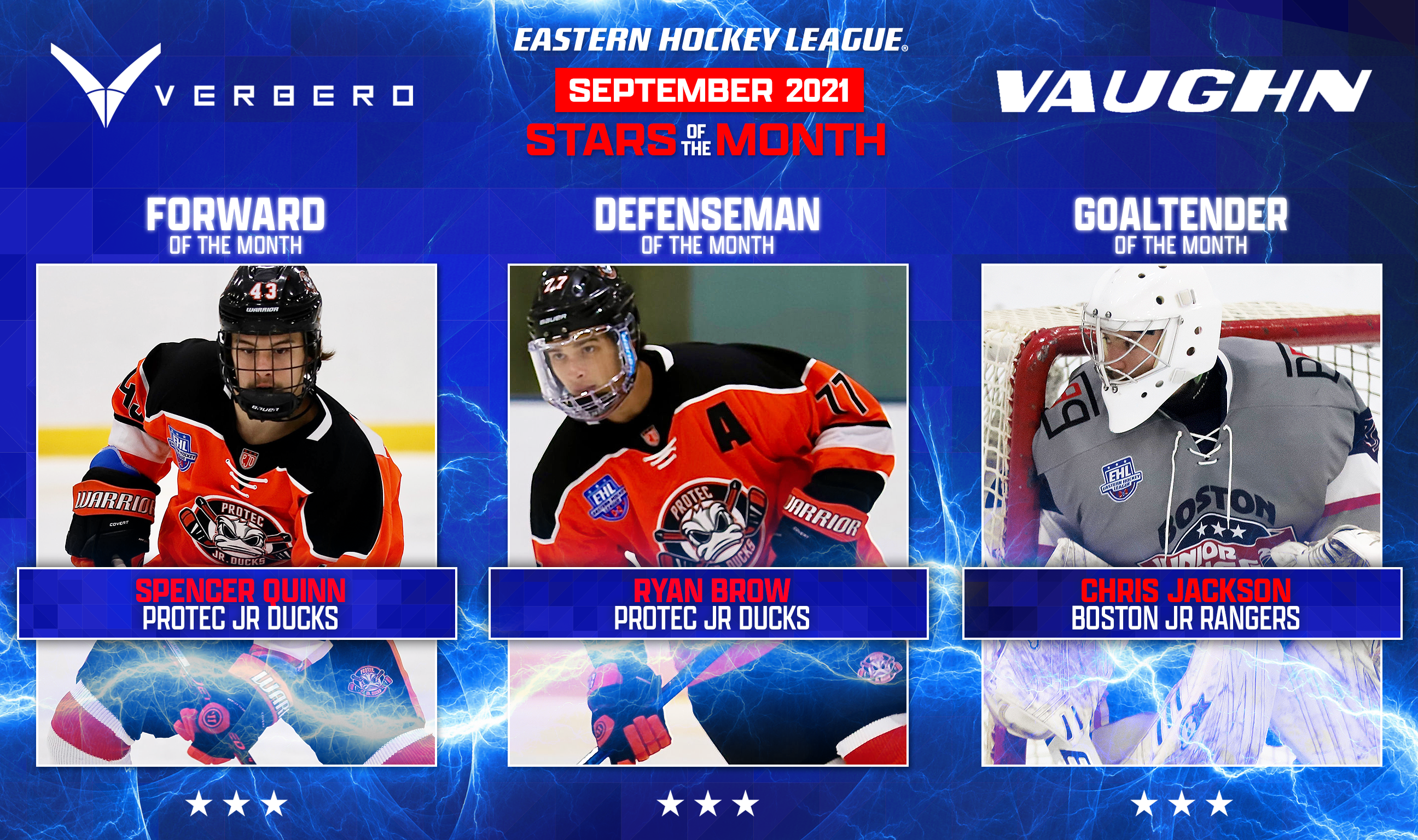 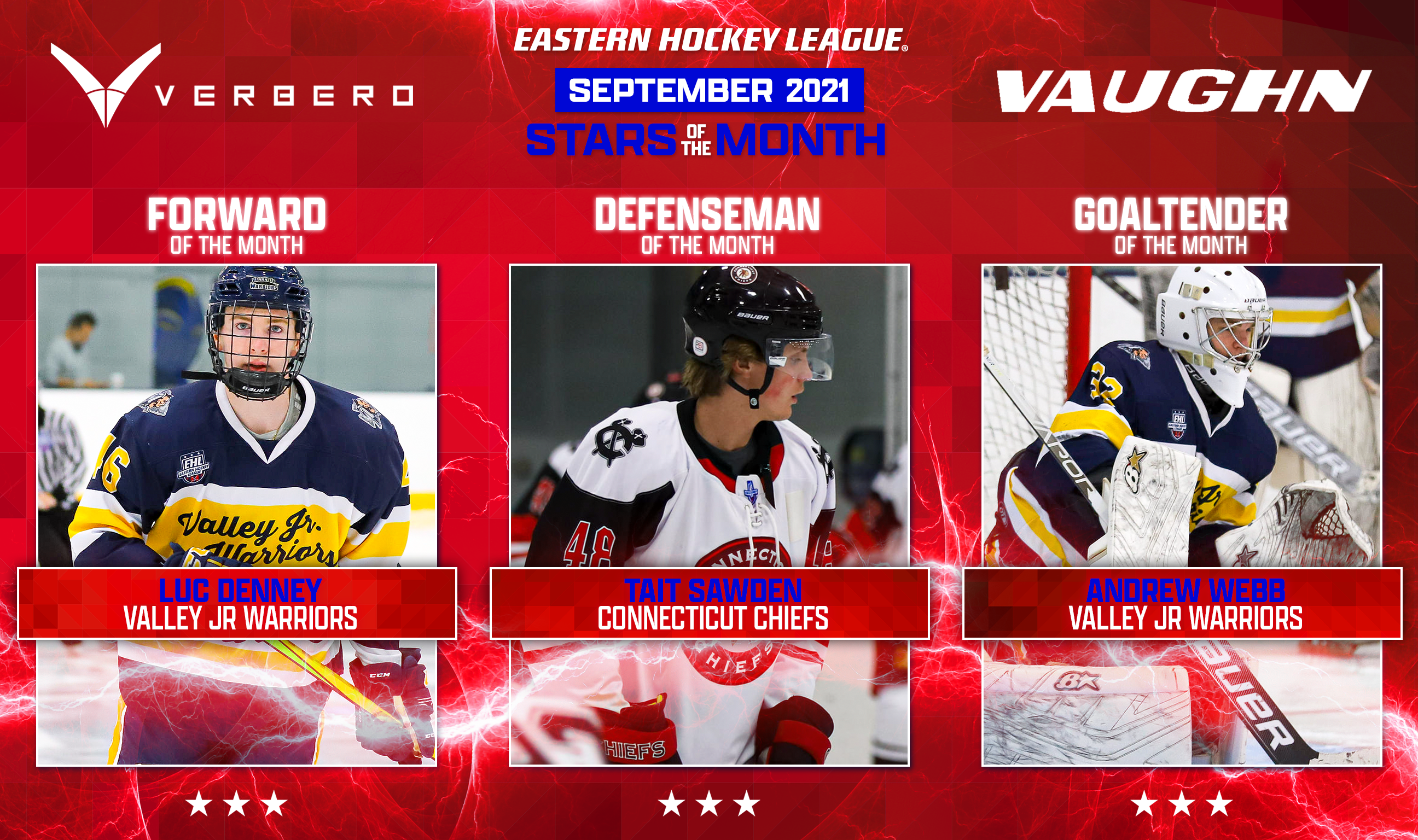