Franchi Headlines Fourth Set of Stars of the Week

Below you'll find the 4th set of weekly top performers in the #EShow. The forward and defensemen awards are presented by Verbero Hockey, while the goalie honors come courtesy of Vaughn Custom Sports.

The EHL is pleased to announce that Farrell Dinn (Team Maryland), Bobby Hathcock (Boston Jr Rangers), and Ty Franchi (Seacoast Spartans) have been named the Top Performers for Week #4.

Dinn and Team Maryland took care of business in all three of their games this past week, sweeping their two-game set with the Protec Jr Ducks on Thursday and Friday, and then beating the Philadelphia Little Flyers in overtime yesterday afternoon. Overall, the perfect 3-0-0 week improves Maryland's record up to 9-2-0 for the season, putting them at the very top of the EHL standings.

As for Dinn, the '02 native of Kensington, MD tallied a point in all three games, finishing the week with three goals and one assist. It's also worth noting that two of those goals were game-winning tallies for his team. Overall, since playing in his first game on September 30th, Dinn has seven goals and four assists in just six games to date. Looking forward, Dinn and Team Maryland hit the ice next at this weekend's showcase, where they are scheduled to take on the Boston Jr Rangers on Sunday and the New England Wolves on Monday.

Hathcock and the Rangers also enjoyed a perfect week, beating the Vermont Lumberjacks by the score of 3-1 on Saturday night and following things up with a 4-3 win over the Valley Jr Warriors yesterday afternoon. With the pair of victories, the defending EHL Champions find themselves right on Maryland's heels with a record of 7-2-0 in nine total games to date.

As for the '01 native of Shelby Township, MI, Hathcock only played in the game against Vermont, notching a pair of assists in the win. The two assists were his 3rd and 4th respective points of the season, giving him an even two goals and two assists in six total games. Prior to Sunday's showdown with Maryland, the Rangers will hit the ice for an East Division matchup with the Seahawks Hockey Club later this morning. While Sunday's matchup is definitely one to circle for the Rangers, so is Monday's game, as they take on the New Hampshire Avalanche for the 2nd time this season.

Capping things off in goal, Franchi and the Spartans rebounded from a frustrating Worcester Showcase by earning a pair of road victories on back-to-back days this past week. The '01 native of Denville, NJ was in net for the victory over the East Coast Wizards on Thursday, turning aside 30 of the 32 shots he faced.

With the win, Franchi owns a record of 2-1-1 in four total starts to date, to go along with a 2.32 GAA and a .942 save percentage. Seacoast will now look to keep the momentum rolling with showcase matchups scheduled against the Vermont Lumberjacks and the New York Apple Core this weekend.

Miller and the 87's hit the ice for just a single game this past weekend, earning a 7-4 victory over the Philadelphia Little Flyers on Saturday night. With the win, the 87's improved their record up to 5-3-1 for the season, widening their lead in the South Division standings.

As for the '04 native of North Brunswick, NJ, Miller set the pace for his team on offense, posting a three-point effort with a pair goals plus one assist. Miller's first goal stood up as the game-winner, while his 2nd tally iced the victory for the defending champs. Looking forward to the weekend, New Jersey has a tough showcase schedule on tap, with matchups set against the Vermont Lumberjacks, the Valley Jr Warriors, and the Seahawks Hockey Club.

Dempster and and Avalanche hit the ice for the pair of games this past weekend, beating the Connecticut Chiefs on the road by the final score of 5-4 on Friday night, before returning home to knock off the Seahawks by a 5-3 margin on Sunday.

While the '03 native of Canada was held off the scoresheet in the game on Sunday, that was definitely not the case on Friday, as Dempster scored a goal and dished out two assists. Dempster's tally also came near the halfway point of the 3rd period, as he gave his team the lead with 11:18 left to go in regulation. The Avalanche will look to stay hot with a matchup coming up against the Valley Jr Warriors later this morning.

Kaiven and the Renegades also claimed a victory over the Little Flyers this past weekend, but did so in a much different style game than the previous matchup Philadelphia had on Saturday with the 87's.

The '03 native of Washington, NJ absolutely shined in 2-1 goaltending duel on Sunday afternoon. Kaiven was nearly perfect between the pipes while stopping 53 of the 54 shots that he faced, earning his 1st victory of the season.

New Jersey will now look to carry the momentum of that victory over to this weekend, where they hit the ice for three games of their own at the Walpole Showcase. 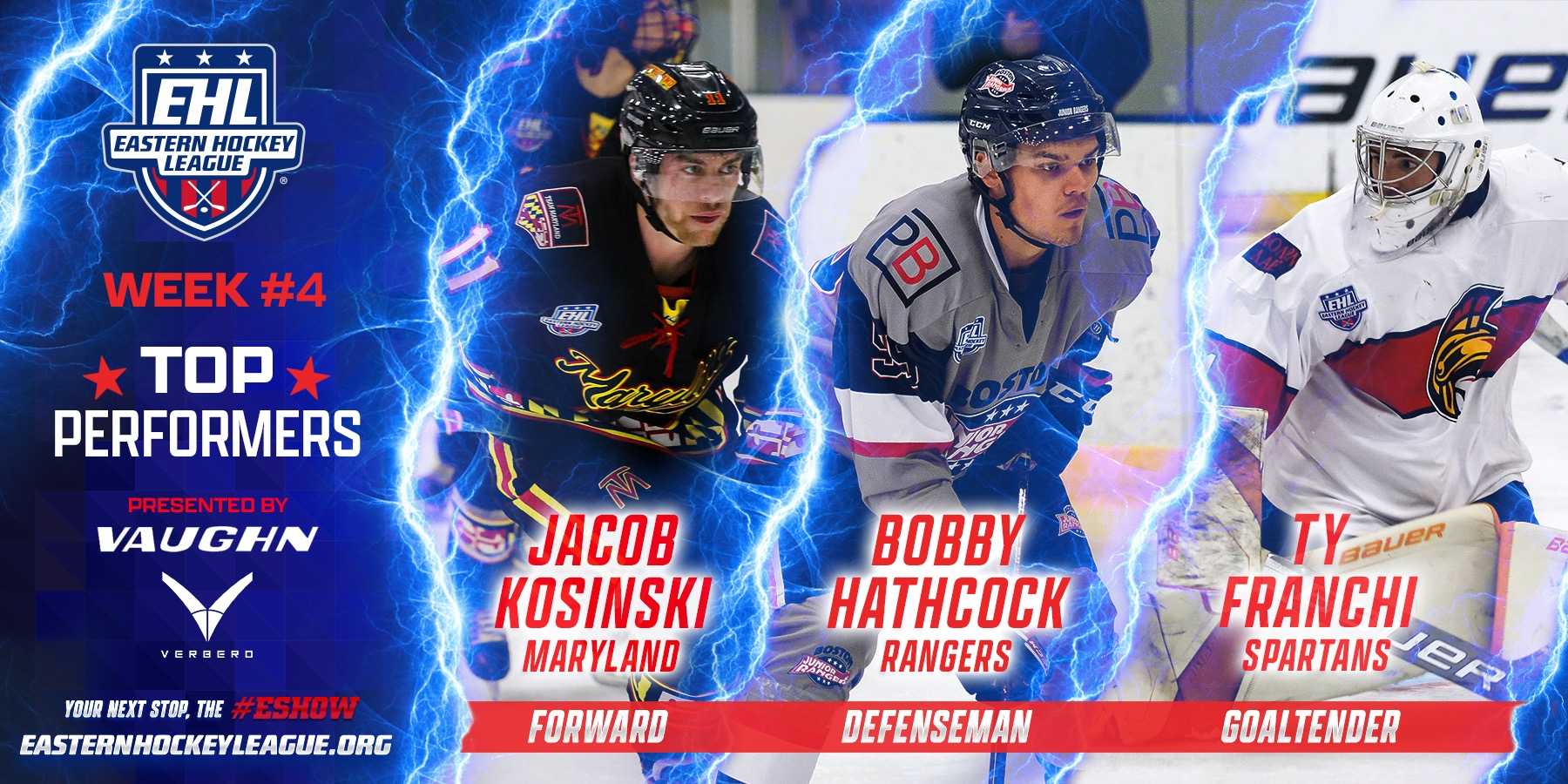 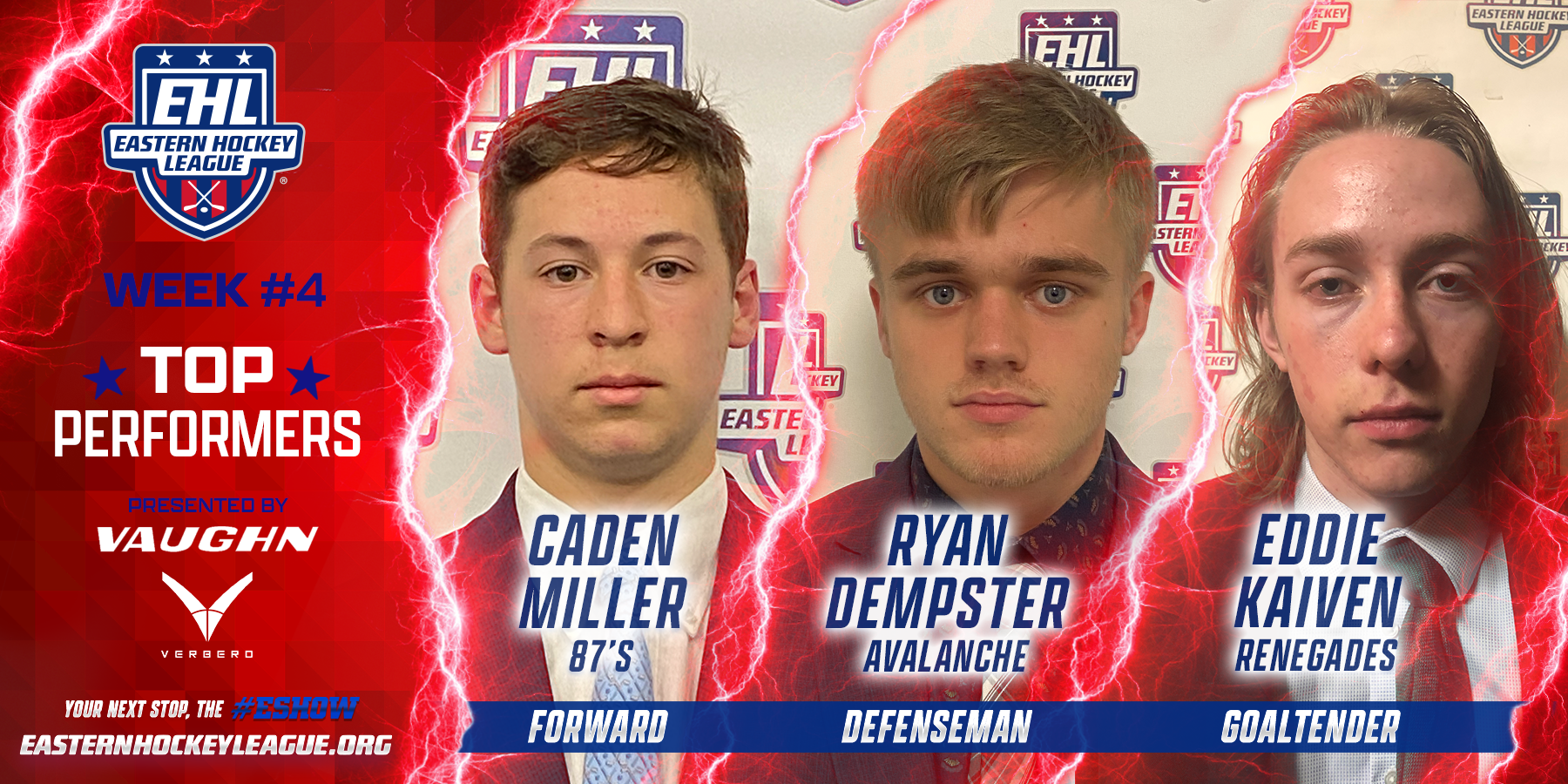