Below you'll find the 5th set of weekly top performers in the #EShow. The forward and defenseman awards are presented by Verbero Hockey, while the goalie honors come courtesy of Vaughn Custom Sports.

The EHL is pleased to announce that Cooper Board (Seacoast Spartans), Tyler Anastasi (Railers Jr Hockey Club), and Nathan Mueller (Boston Jr Rangers) have been named the Top Performers for Week #5.

Board and the Spartans took care of business at the Walpole Showcase by winning both of their games and collecting four out of a possible four points. Since securing just a single point at the Worcester Showcase, Seacoast has won four straight games, all while averaging just over five goals per game.

As for Board, the ‘01 native of Glen Ellyn, IL notched five points during the showcase, scoring three goals and dishing out a pair of assists. The productive weekend pushed Board’s point total up to eight for the season, putting him on a good pace to surpass the 31 total points he tallied throughout the entire 2020-21 campaign. The Spartans’ top scorer will look to keep the momentum rolling for himself and his team as Seacoast heads north for a pair of games with the Vermont Lumberjacks on Sunday and Monday.

Moving back to the blue line and we find another team that enjoyed a perfect weekend at Rodman Arena. Anastasi and the Railers picked up a pair of 4-1 victories at the showcase, beating the Connecticut RoughRiders on Sunday and the Protec Jr Ducks on Monday. The pair of victories, combined with a win over the Walpole Express last Wednesday, have the Railers riding a three-game winning streak of their own heading into the all star break.

As for the ‘02 native of Andover, MA, Anastasi picked up three total points over the course of the three wins, tallying a goal and two assists. The 2019-20 Defenseman of the Year in the EHLP is off to a great start in his first full season at the EHL level, with eight points of his own in nine games to date. Sitting at the top of the Central Division, the Railers will return from the break on Tuesday, October 26th with a big matchup scheduled against the Rangers.

Speaking of the Rangers, the defending champions have won six straight games, including a pair of victories at the 2nd showcase of the season. Similar to the Railers, the Rangers also played last Wednesday the 13th, with Mueller getting the nod between the pipes in two of the three contests for his team.

The reigning Goalie of the Year in the EHL showed just why he won the award last spring, picking up a pair of shutouts this past week. The ‘01 native of Rogers, MN put on a show in his first shutout of the week, turning aside all 47 shots the Seahawks Hockey Club sent his way last Wednesday. Mueller then backed that performance up with a 35-save shutout against Team Maryland on Sunday.

After winning a combined 28 games between the regular season and postseason last year, Mueller is already off to a perfect 5-0-0 start to his age-out campaign. Add in a 0.93 GAA and a .969 save percentage, and Mueller is an early front-runner to go back-to-back with the Goalie of the Year honor.

As for this past weekend, Ruppert helped set the pace offensively for the Little Flyers, tallying at least a point in all three games. Overall, the '01 native of Clifton Heights, PA scored three goals and collected a pair of assists, good enough for a five-point weekend. Ruppert now has eight points in 10 total games to date.

As for Marley, the '02 native of Havertown, PA got the nod against the Railers on Sunday, and was able to hand the top-ranked team in the EHLP their first loss of the season. The second-year netminder played a near-perfect game between the pipes, turning aside 37 of the 38 shots that were sent his way.

Looking ahead, the Little Flyers now return to action on home ice this weekend for a pair of games against the Express, and then the East Division stretch continues with three road games on the docket set for the final weekend of the month.

Speaking of the Railers, the third-year program out in Worcester, MA, split their games at the Walpole Showcase. As mentioned above, Gallant and the Railers suffered their first loss of the season, falling to the Little Flyers by the score of 2-1 on Sunday.

However, prior to the loss, the Railers picked up a 7-2 victory over the Boston Jr Rangers on Saturday night. The '03 native of Lunenburg, MA tallied three points in the contest, finding the back of the net once, and dishing out a pair of assists. The three-point game were Gallant's first three points of the season, two of which came on the power-play.

Gallant will now be looking for a repeat of that performance, when the Railers travel to take on the Rangers this upcoming Saturday at 4:10 pm. 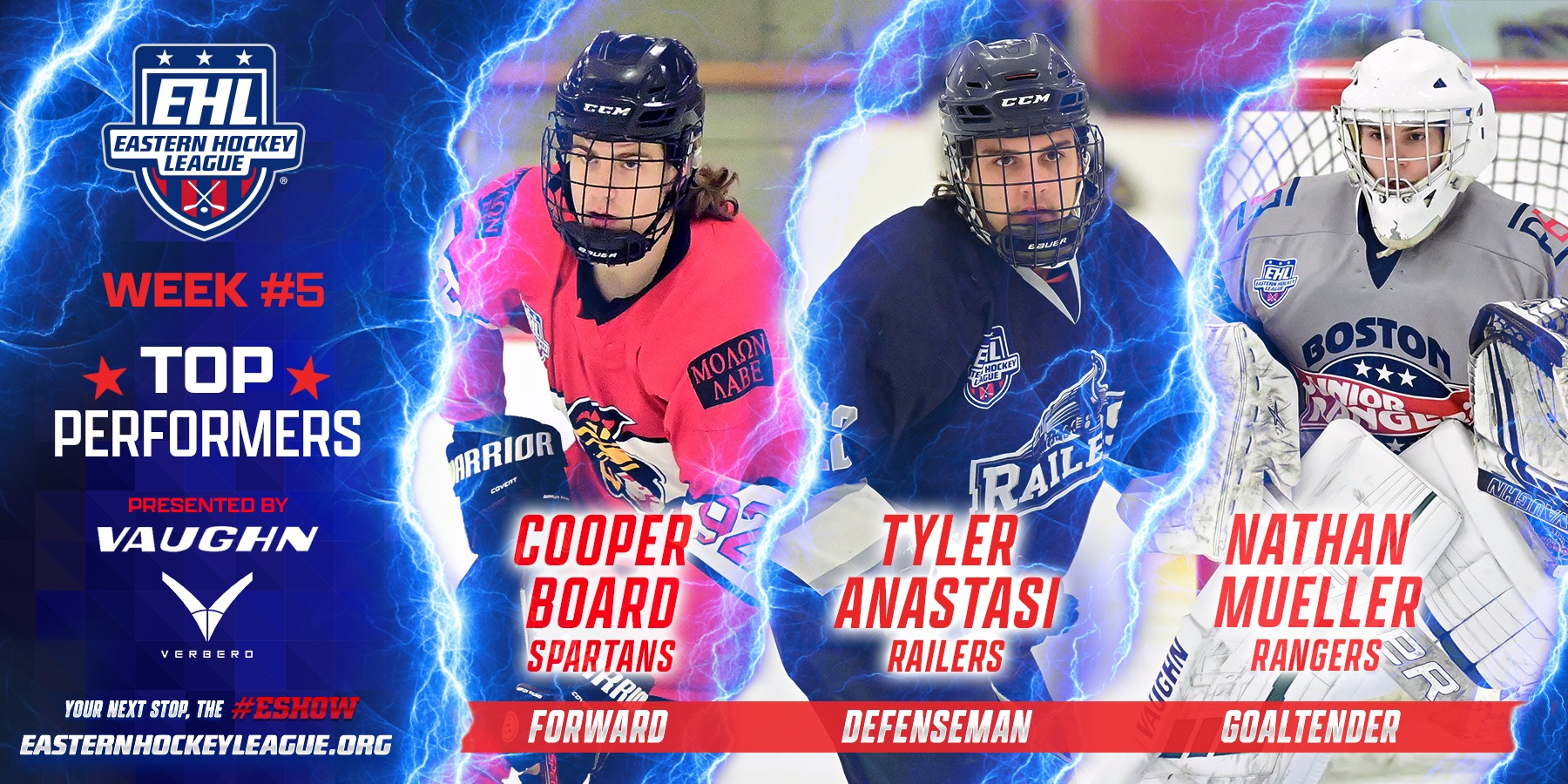 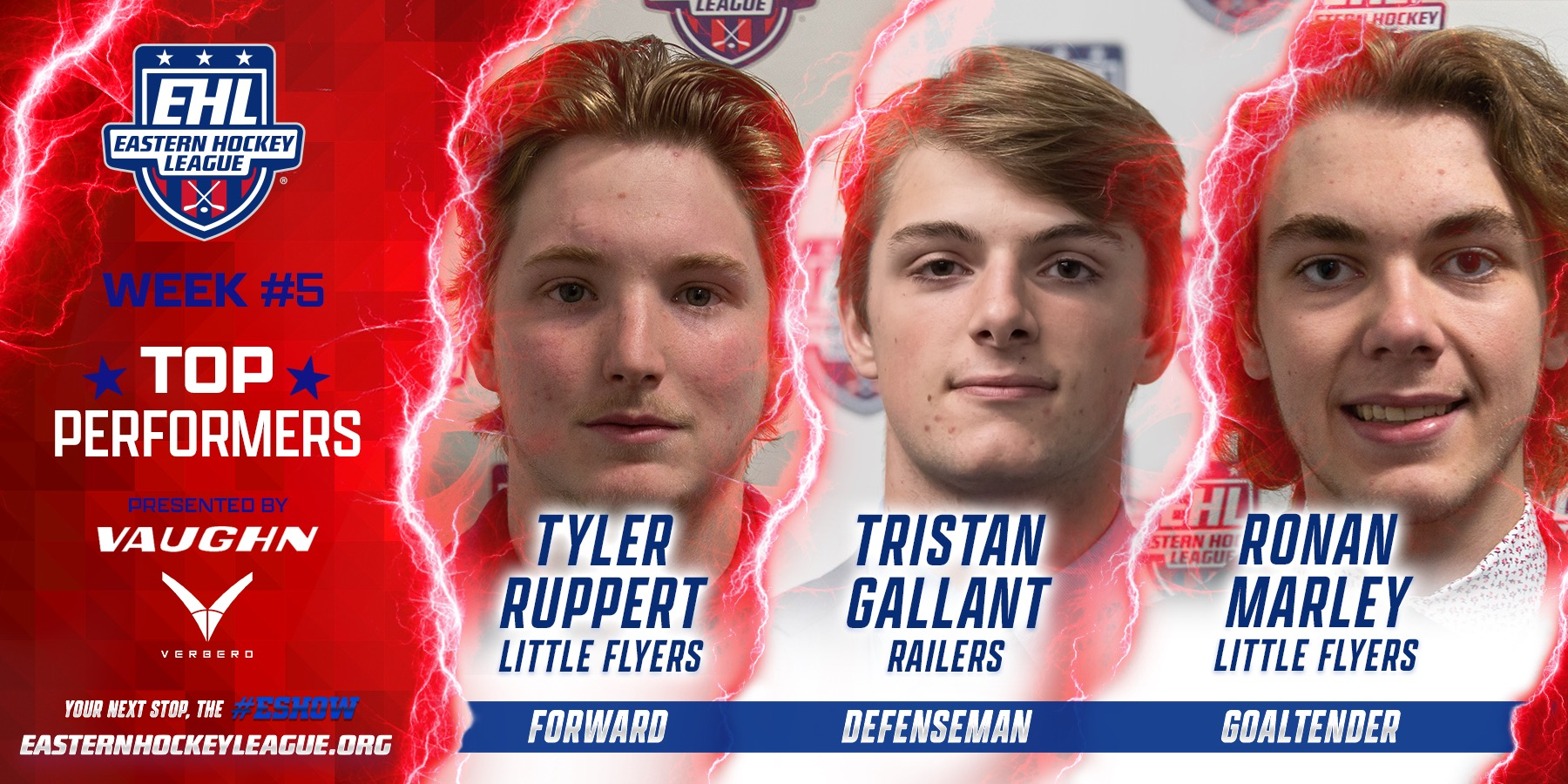