Below you'll find the 9th set of weekly top performers in the #EShow. The forward and defensemen awards are presented by Verbero Hockey, while the goalie honors come courtesy of Vaughn Custom Sports.

The EHL is pleased to announce that Chris Paige (Walpole Express), Alex Newton (Team Maryland), and Chris Jackson (Boston Jr Rangers) have been named the Top Performers for Week #9.

Paige and the Express traveled north this past weekend and earned a two-game sweep of the Vermont Lumberjacks. Walpole held on for a 4-2 victory on Saturday, and then scored three unanswered goals to win by a 5-2 margin on Sunday. Overall, Paige played a role in four of the nine total goals that his team scored, finding the back of the net three times to go along with a single assist. It's also worth noting that two of Paige's goals stood as the game-winners for the Express.

Paige and the Express are riding a three-game winning streak into today's matchup with the East Coast Wizards, which will be followed up by a home date with the New Hampshire Avalanche on Friday, and a road showdown with the Boston Jr Rangers on Saturday.

Speaking of road weekend sweeps, Newton and Team Maryland completed one of their own, beating the Connecticut RoughRiders 3-2 on Friday, and the New York Apple Core 7-4 on Sunday. As for the '01 native of Kalamazoo, MI, the veteran defenseman added to what has already been a solid season, by scoring a goal and dishing out three assists. For the year, Newton now has four goals and 12 assists in 21 total games to date.

The 1st place team in the South Division is right back at it today and tomorrow, for two more road games against the RoughRiders, before Maryland breaks for the holiday. With a 12-point lead in the standings, Newton will be looking to help his team increase the gap a little further heading into break.

Last, but certainly not least, the final two-game sweep from this past weekend was probably the most impressive, as the Rangers shutout the Wizards by scores of 3-0 on Friday and 1-0 on Saturday. The victories were Jackson's 7th and 8th of the season, and his first two shutouts of the campaign. Over the course of the two games, the '02 native of Charlestown, WV turned aside all 51 shots that he faced, lowering his GAA down to 1.55, and increasing his save percentage up to .950. Paired with last season's EHL Goalie of the Year, Nathan Mueller, Jackson has the Rangers thinking about one thing and one thing only, and that's making it back-to-back EHL titles.

Newton and Jackson have both been selected to this weekend's event in Hooksett, NH, as they will compete against each other in the 2021 EHL All-Star Classic.

EHLP STARS OF THE WEEK #9

Morris and the Rangers followed suit with their EHL team, picking up a two-game sweep on the road against the New Jersey 87s. Morris set the pace offensively for his team, scoring four goals and collecting a pair of assists over the weekend. Included in Morris' four goals were a pair of game-winners, his 2nd and 3rd respective GWG of the season.

With the pair of wins, the Rangers have now won six of their last seven games to improve their record up to 12-7-0 for the season. Coming up on Friday, the Rangers will travel out to Worcester, MA, for their 3rd matchup of the year with the top-ranked Railers Jr Hockey Club.

Moving back to the blue line, and despite playing just a single game this past weekend, Hertzberg made it count while scoring all three goals for his team in a 3-2 overtime victory over the New Jersey Renegades. Just like Morris and the Rangers, Hertzberg and the Chiefs have now won seven of their last 10 contests, as they continue to battle in the thick of things in the South Division.

The Chiefs EHLP team is set to break for Thanksgiving following a home matchup with the New Jersey 87s on Saturday, however prior to that matchup, Hertzberg will skate with the EHL team in their game this afternoon against the Rangers.

Keeping with the trend of teams that have won seven out of their last 10 games, Packman and the Avalanche beat the Rangers by the score of 5-2 this past Thursday and the Railers by a 3-2 margin this past Sunday.

The '02 native of Suffern, NY was in net for both victories, turning aside 65 of the 69 total shots that he faced. With the pair of victories, Packman improved his overall record up to 5-1-1 for the year, to go along with a 1.73 GAA and a .935 save percentage. Packman the Avalanche are now off until Sunday, November 28th, when play host to the Walpole Express at 10:30 am. 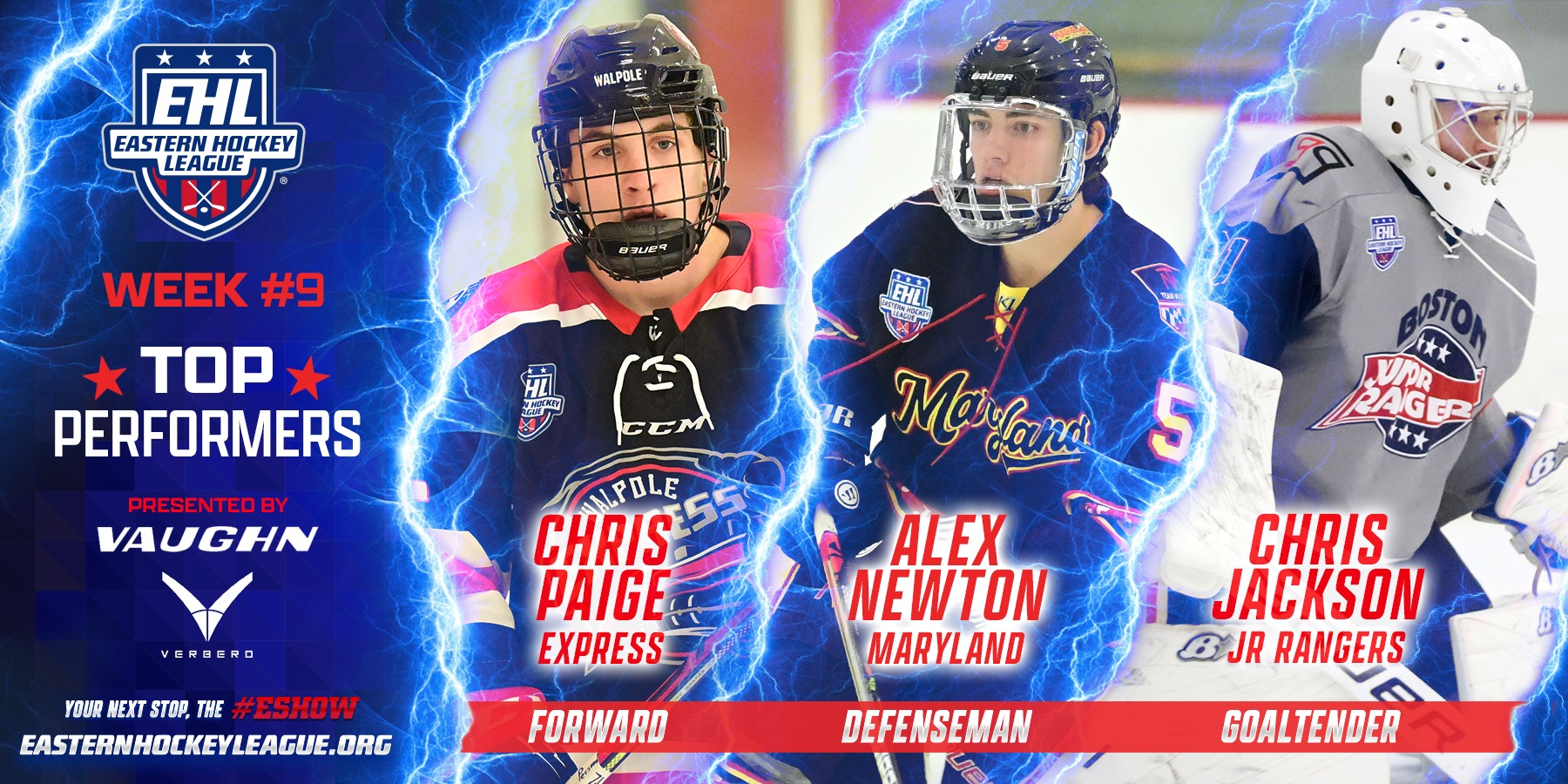 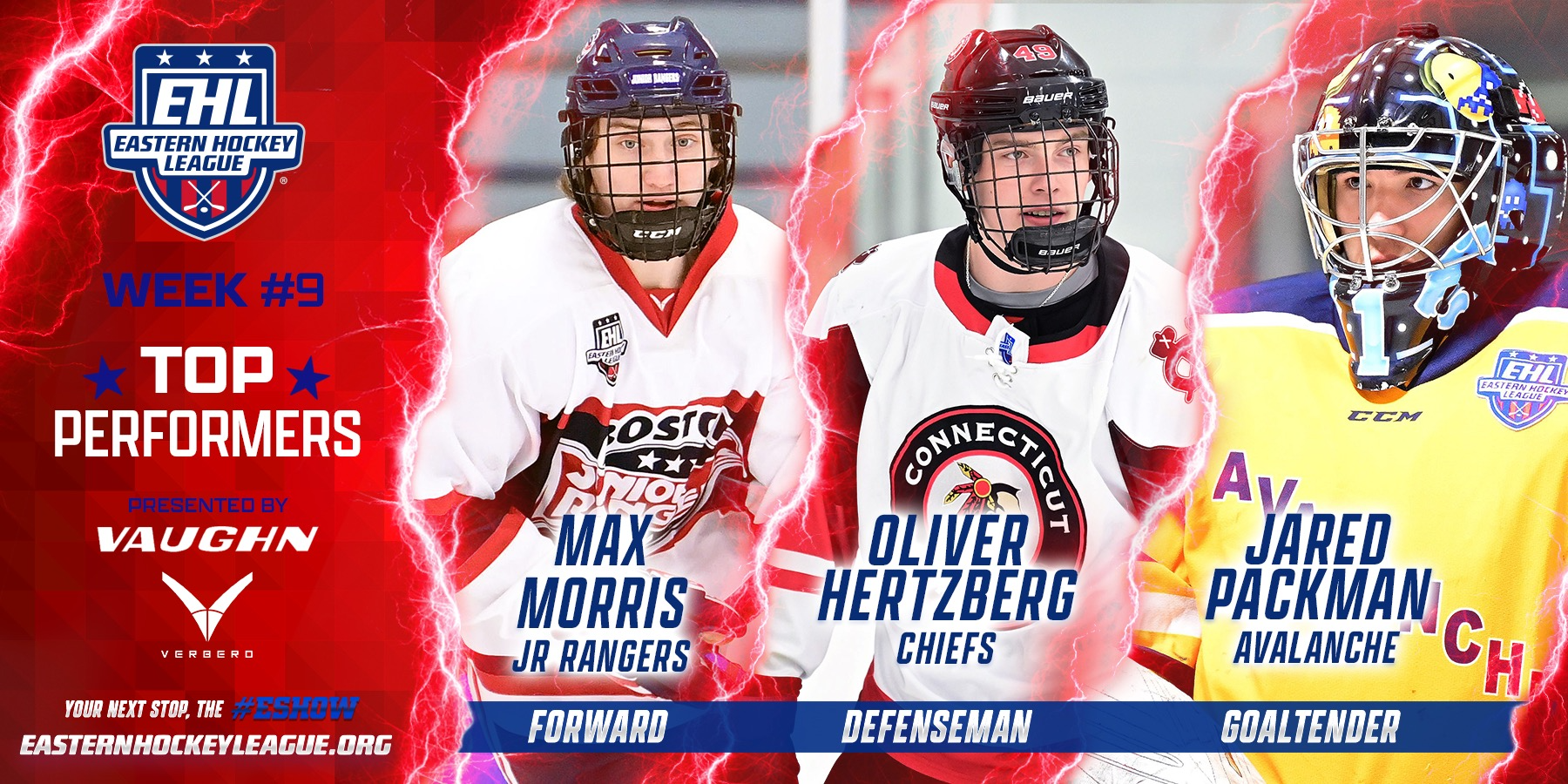