Below you'll find the 10th set of weekly top performers in the #EShow. The forward and defensemen awards are presented by Verbero Hockey, while the goalie honors come courtesy of Vaughn Custom Sports.

The EHL is pleased to announce that Lucas Baksay (Connecticut RoughRiders), Dominic Metro (Valley Jr Warriors), and Scott Bird (Walpole Express) have been named the Top Performers for Week #10.

Baksay and the RoughRiders swept their two-game series with Team Maryland, winning by scores of 3-2 and 7-5 this past Wednesday and Thursday. In the series opener, the '01 native of Fairfield, CT found the back of the net with just over 2:30 remaining in regulation, giving his team their first lead of the contest. Baksay followed up that performance with a four-goal effort the following day, which included another game-winning tally. For the season, Baksay now has 12 goals and 14 assists in 18 total games to date.

The veteran forward went on to participate in this past weekend's All-Star Classic in Hooksett, NH, in which he picked up an assist for Team Red. Looking forward, Baksay and the RoughRiders return from break with a home matchup against the New York Apple Core on Tuesday, December 7th.

Metro and the Warriors also hit the ice for a two-game set this past week, as they swept the Seahawks Hockey Club on Thursday and Friday, but then fell to the East Coast Wizards on Saturday. Overall, the '02 native of Woburn, MA scored three goals throughout the week, two of which came on the power-play. For the season, Metro now has 12 points in 17 total games to date.

Metro and the Warriors have a very busy schedule when they return from the break, as Valley will hit the ice for nine total games, spanning from December 1st to December 21st.

As for the '01 native of Monroe, MI, Bird was in net for the wins over the Wizards and Avalanche, turning aside 75 of the 79 total shots that he faced, en route to his 3rd and 4th wins of the season. After dropping his first two starts with Walpole, Bird had won four straight decisions, all while lowering his GAA down to 2.20 and increasing his save percentage up to .939 for the year. Bird and the Express are set to face-off against the Seahawks Hockey Club tomorrow morning at 10:45 am, in the 2nd Annual Thanksgiving Throwdown.

The EHLP is pleased to announce that Mike Boschetto (Boston Jr Rangers), Steven Pribula (Connecticut Chiefs), and Andrew Webb (Valley Jr Warriors) have been named the Top Performers for Week #10.

As for the '03 native of Framingham, MA, Boschetto netted a hat-trick to go along with an assist, good for his first four-point performance of the year. With 26 points in 20 total games, Boschetto is tied for 2nd on the EHLP scoring charts. Winners of three straight and seven out of their last eight, Boschetto and the Rangers will return from break when they play host to the New Jersey 87s on Saturday, December 4th.

Pribula and the Chiefs also hit the ice for just a single game this past weekend, earning a 5-3 victory over the 87's on Saturday night. As for the '03 native of Brainerd, MN, Pribula scored a goal to go along with two assists, with a pair of those points coming on the power-play. For the season, Pribula now has 10 points in 17 total games, which is double the production that he produced throughout the entire 2020-21 season.

Pribula and the Chiefs will also return to action on Saturday, September 4th, when they travel to take on the New Jersey Renegades for a pair of South Division matchups.

Webb and the Warriors split their two-game series with the Seahawks Hockey Club, with the '03 native of Hingham, MA earning the 2-1 victory on Friday. After stopping 31 of the 32 shots that he faced, Webb claimed his 2nd consecutive victory and 6th of the season.

Valley hits the short break having won three of their last four contests, and set to return on Friday the 3rd against the Walpole Express. 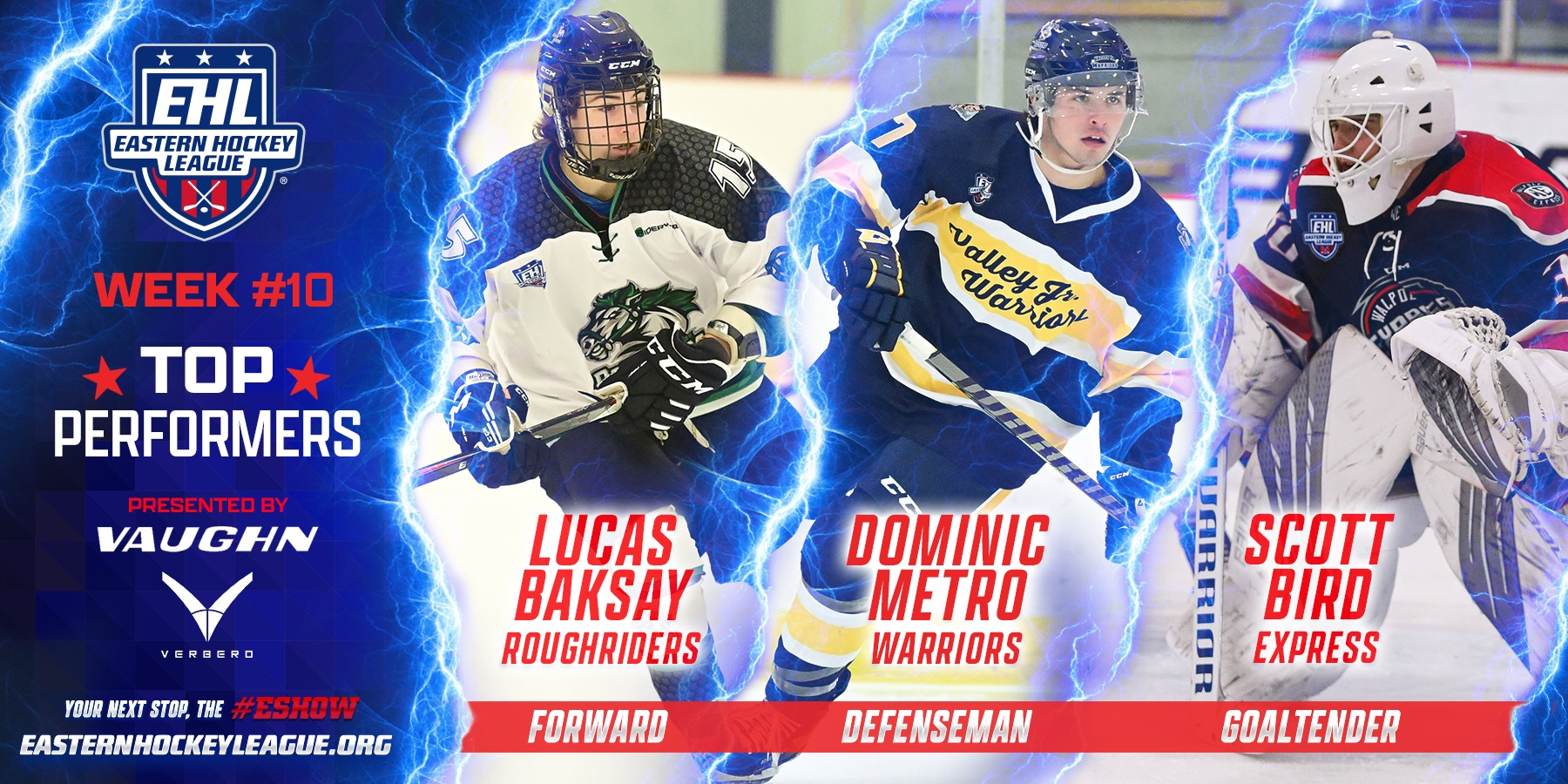 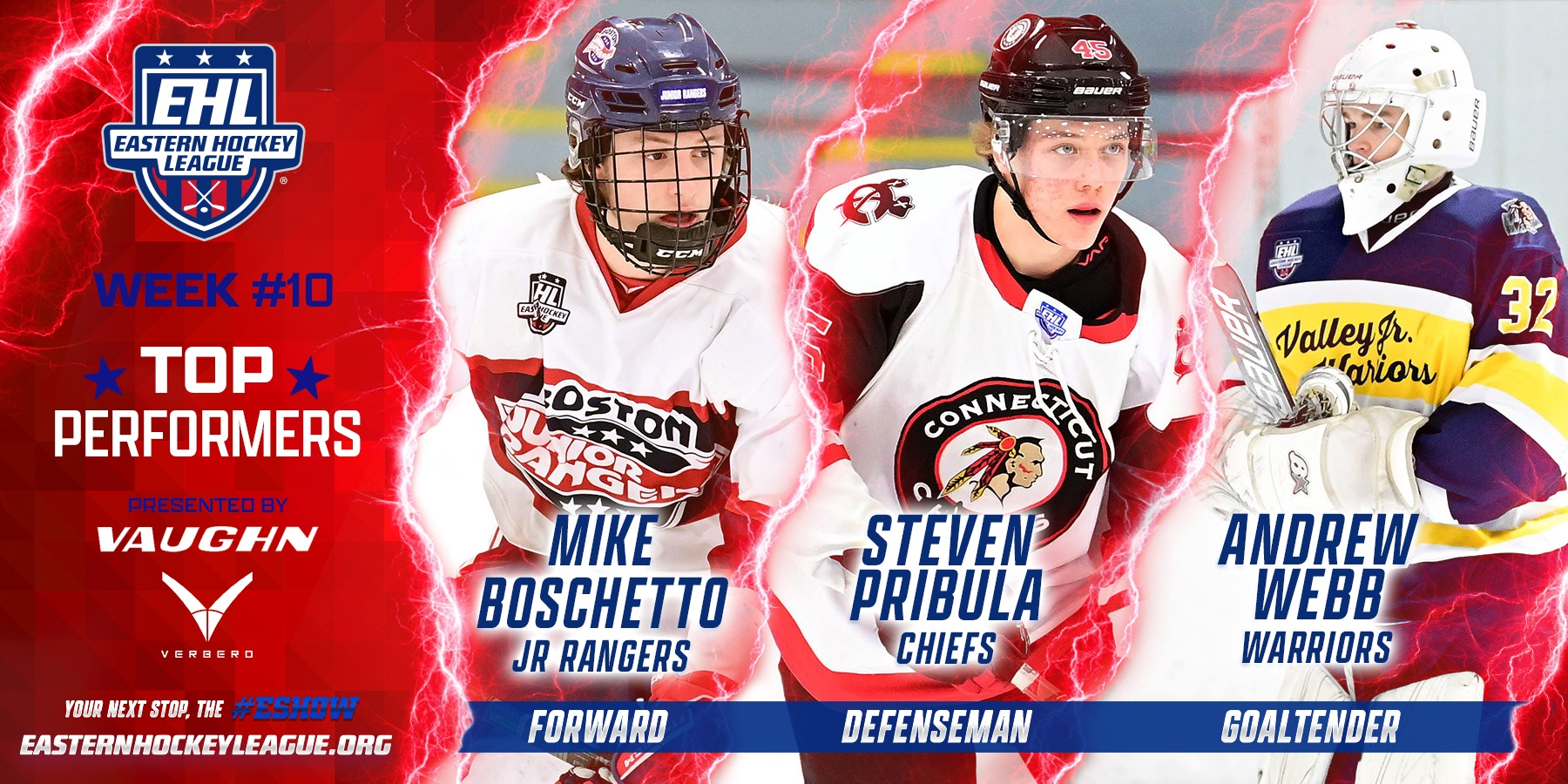