HOOKSETT, NH -- Graham Hassan, a forward for the New Hampshire Avalanche, has committed to New England College (NEC) for the fall of 2022.

"Talk about a kid that trusted the process," said Avalanche head coach and general manager Chris Cerrella. "Graham played some EHL games last year, but spent majority of last season in the EHLP. He had a great off-season and was determined to have a great age-out year. 2021-22 has been good for Graham so far and that’s because he had goals and he has crushed those goals. He didn’t 'league-label' chase in the off-season, because he knew he was going to find college hockey success with us in the EHL. I am very proud of Graham and wish him and his family nothing but the best of luck. NEC is getting a tremendous addition to their hockey program and to their academic community.”

It's also worth noting that Hassan will be a dual-sport athlete in the fall, as along with playing ice hockey, the native of Michigan will be joining the golf team.

After tallying nearly 60 points and winning the MVP award in the EHLP last season, Hassan has made the transition look seamless with 18 points in 20 EHL games to date this year. As Cerella mentioned before, Hassan is beyond grateful of the process he went through, as it ultimately led to this moment.

"I am excited to announce my commitment to further my education and athletic careers at New England College," said Hassan. "I would like to thank my parents, Coach Cerrella, and Coach Vinny for investing their time into making my dream become a reality. I would also like to thank Howell High School Coach [Rocky Johnson]  for pushing me to be better every single day and showing me the value of hard work and dedication. "

Hassan and the Avalanche own a record of 15-3-3 so far this year, and are enjoying a short break for Thanksgiving. New Hampshire will return to action on Thursday, December 2nd, when they travel to take on the East Coast Wizards. 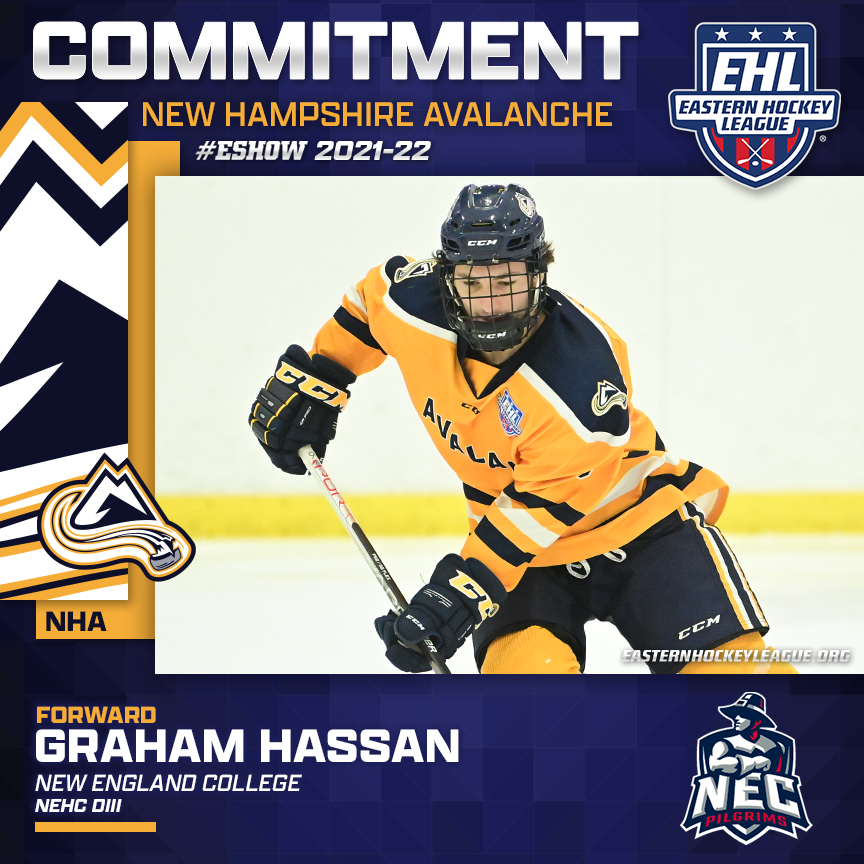