Below you'll find the 12th set of weekly top performers in the #EShow. The forward and defensemen awards are presented by Verbero Hockey, while the goalie honors come courtesy of Vaughn Custom Sports.

Hartnett and the Warriors opened up the month of December with a three-in-three, as they continue to battle it out right in the thick of things in the East Division. The '01 native of Weymouth, MA set the pace for his team offensively with four goals and an assist. To date this season, Hartnett has averaged an even point per game with 12 goals and eight assists in 20 total contests.

Coming up this week Hartnett and the Warriors have another three-in-three on the schedule, all on home ice, with two games against Vermont Lumberjacks and a matchup against the Wolves.

Moving down to the South Division, Herrick and the 87's have won three straight games, snapping a skid that had dated back to the end of October. As for the games from this past week, the '01 native of Jackson, NJ registered three assists as the 87's beat the Philadelphia Little Flyers by the score of 8-5 and the New York Apple Core by a 3-2 margin.

Looking forward, the 87's have two big divisional showdowns on schedule this week, as they travel to take on the Protec Jr Ducks today and return home to host Team Maryland on Friday.

Wrapping things up in goal, Gilerman got the nod in goal against the Boston Jr Rangers on Saturday night. The start was his 3rd of the year, as the '02 native of Los Angeles, CA also picked up his first win of the season. Gilerman was absolutely stellar against the Rangers, turning aside 43 of the 45 total shots that he faced.

After the matchup with the Warriors on Thursday, the Wolves are set to take on the Connecticut Chiefs, Seahawks Hockey Club, and Walpole Express at the Newington Showcase.

The EHLP is pleased to announce that Phillip Parker (Walpole Express), Tyler Turner (Valley Jr Warriors), and Eddie Kaiven (New Jersey Renegades) have been named the Top Performers for Week #12.

Parker and the Express bounced back after losing to the Warriors on Friday night, by beating the Seahawks Hockey Club 3-1 on Saturday, and the New Jersey 87s 5-3 on Sunday. As for the '03 native of Medfield, MA, Parker moved back up to the top of the league's scoring charts after tallying five total points throughout the weekend. For the season, Parker now has 35 points in 18 total games to date, which is good for a five-point cushion at the top of the EHLP.

Coming up this weekend, Walpole will hit the road for a pair of matchups as they travel to take on the New England Wolves on Friday and the New Hampshire Avalanche on Saturday.

Speaking of the previously mentioned Warriors, it was a clean sweep this past weekend for Turner and his teammates. After beating Walpole by a 4-1 margin on Friday night, Valley got their own win over the 87's on Saturday, by a final score of 6-3.

As for the '03 native of Williamsville, NY, Turner tallied three points over the weekend, giving him four goals and six assists in 21 total games to date. Looking forward, Turner and the Warriors will take on the Vermont Lumberjacks tomorrow afternoon, the Boston Jr Rangers on Saturday, and then get set for a big first-place showdown in the North Division against the Avalanche next Wednesday the 15th.

We shift to the South Division for the top netminder of the week, as Kaiven and the Renegades split their two-game set with the Connecticut Chiefs. The '03 native of Washington, NJ got the nod in the opening contest, and delivered his best performance of the season. Kaiven turned aside all 39 shots that he faced, while leading New Jersey to a 1-0 victory in a shootout. The victory was Kaiven's 2nd of the season.

Coming up this weekend, the South play will continue for Kaiven and the Renegades, as they take on the 87's on Saturday and the Philadelphia Little Flyers on Sunday. 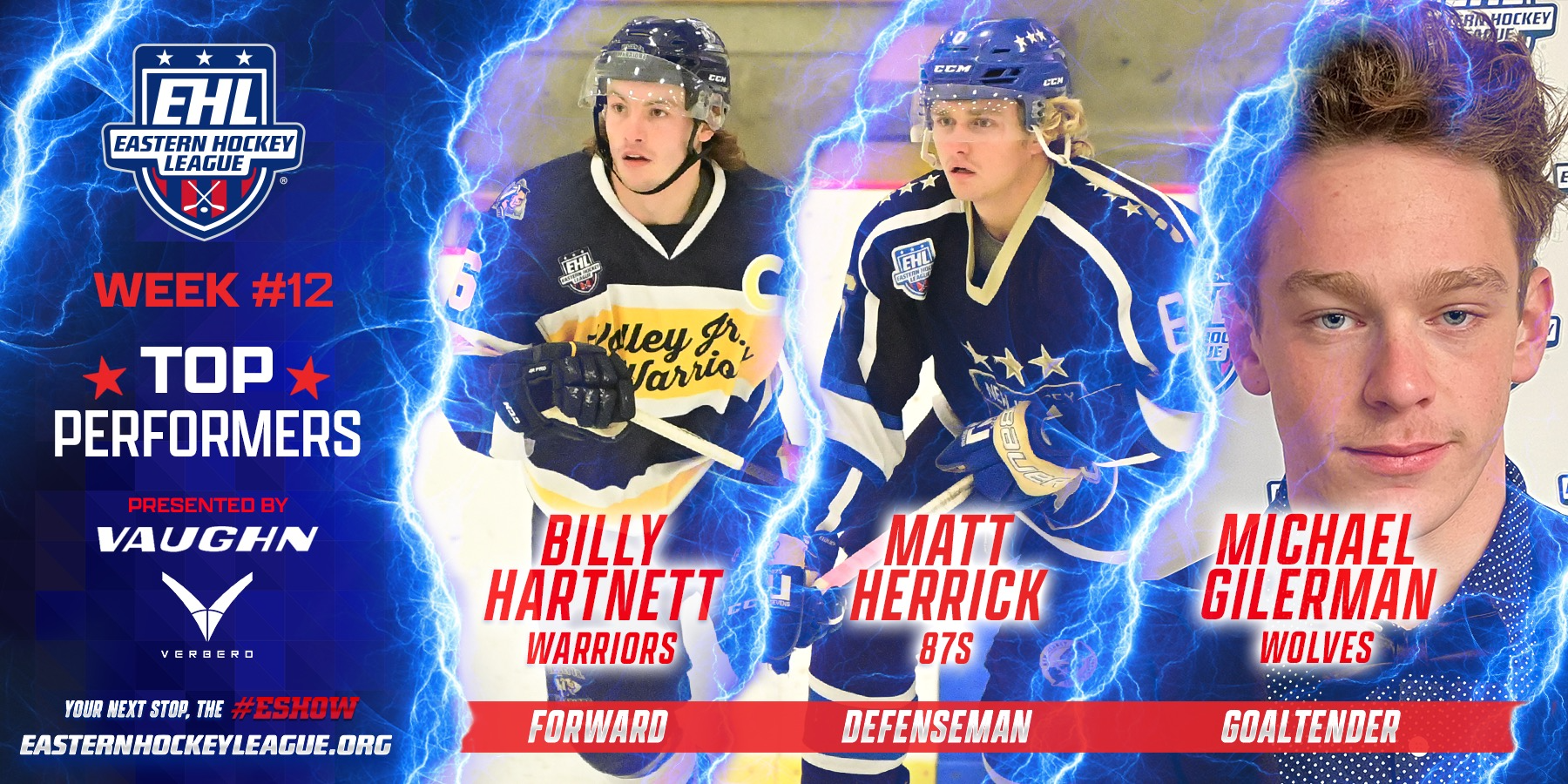 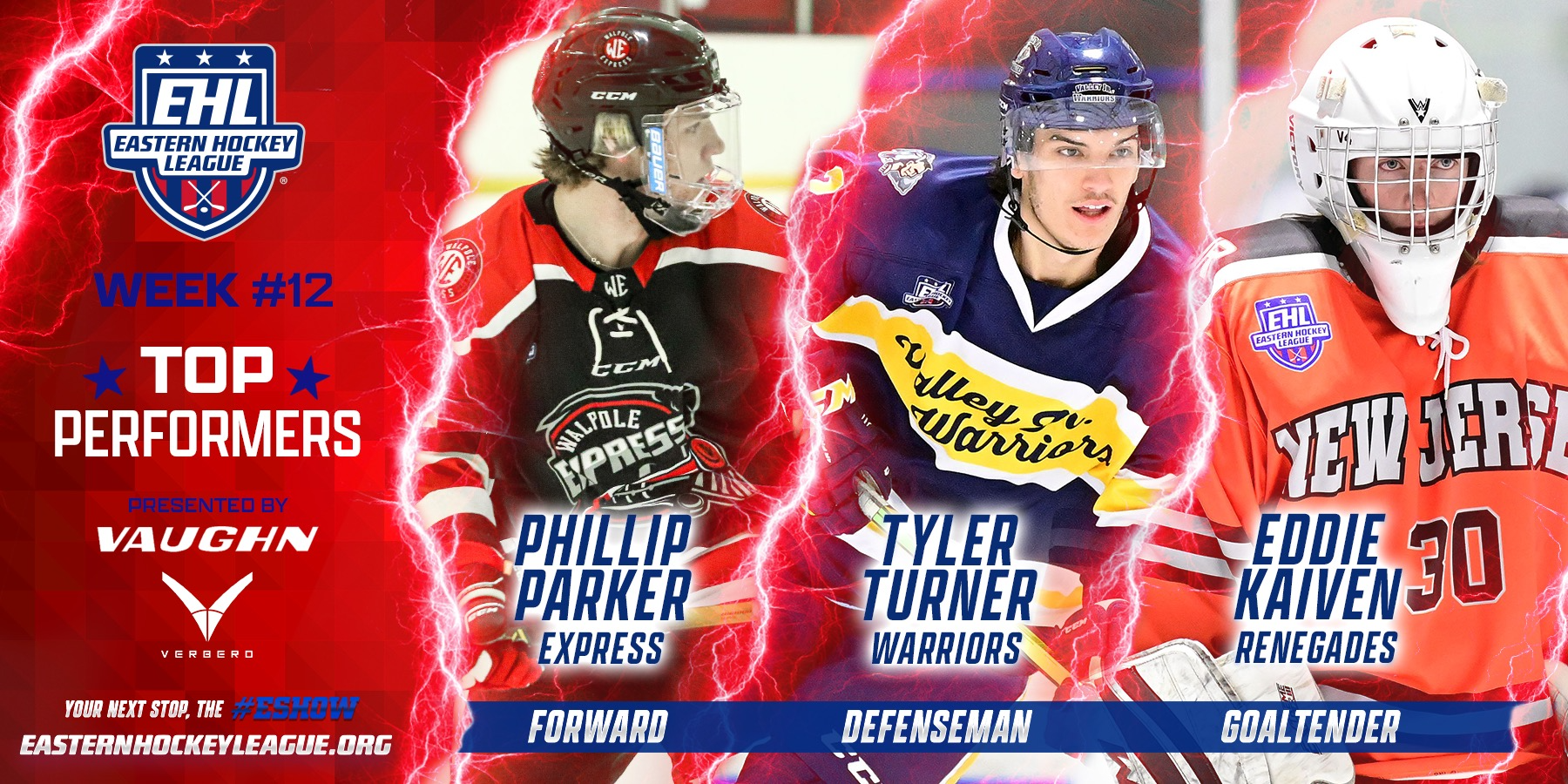