Below you'll find the 13th set of weekly top performers in the #EShow. The forward and defensemen awards are presented by Verbero Hockey, while the goalie honors come courtesy of Vaughn Custom Sports.

The EHL is pleased to announce that William Pray (Seacoast Spartans), Dominic Chirico (Connecticut Chiefs), and Ronan Mobley (New Hampshire Avalanche) have been named the Top Performers for Week #13.

Pray and the Spartans traveled down to the Cape for pair of games this past week against the Seahawks Hockey Club. After skating away victoriously by a 4-1 margin in the series opener, Seacoast dropped a close 5-4 contest the following day. As for the nine total goals that the Spartans scored, Pray played a role in seven of those tallies.

With four goals and three assists spread out over the two-game series, the '02 native of Nashville, NC now has 27 points in 26 total games to date. Seacoast has also won three of their last five games, with both losses coming by the final score of 5-4. With a record of 12-11-3, Pray and the Spartans sit rather comfortably in 2nd place in the North Division standings. Seacoast will look to try and build off of that position with matchups set against the Chiefs, Team Maryland, and the Protec Jr Ducks at this week's showcase.

Chirico and the Chiefs hit the ice for three total games this past week, earning points in all three contests. Despite owning a record of 1-0-2 in the three games, Connecticut did gain four points in the standings, moving them into a three-way tie with the Connecticut RoughRiders and New York Apple Core for 2nd place in the Central Division.

As for the '01 native of Overland Park, KS, Chirico tallied four total points over the course of the week, adding a goal and three assists to his credit. For the season, Chirico now has six points in 20 total games to date, giving him 32 career points throughout his time in the EHL. Along with the game against the Spartans this week, Chirico and the Chiefs will also take on the New England Wolves and the Philadelphia Little Flyers at the showcase.

You could make the case that no team won two bigger games this past week then Mobley and the Avalanche. First on Friday, the '01 native of Playa Del Rey, CA stopped all 21 shots that he faced, in a 5-0 victory over the Walpole Express. The win also served as a little revenge for Mobley and the Avalanche, as Walpole had won each of the two previous contests.

Moving along to Saturday, and New Hampshire earned more revenge, by knocking off the Railers Jr Hockey Club by the final score of 6-2. With the pair of victories, Mobley improved his record to 13-3-2 for the season, to go along with a 1.64 GAA and a .941 save percentage.

As for New Hampshire's showcase schedule, the Avalanche will take on the Avalanche tomorrow, Maryland on Wednesday, and the Vermont Lumberjacks on Thursday.

Swiesz and the Rangers hit the ice for just a single game this past weekend, knocking off the Valley Jr Warriors by the score of 2-1 on Saturday night. In the victory, Swiesz scored both goals for the Rangers, increasing his point total up to 17 for the year. The two-goal effort snapped a six-game scoreless drought for the '03 native of Durham, NH.

Also with the win, Swiesz and the Rangers extended their winning streak out to six total games, the longest active stretch in the league. Looking forward, the Rangers have just a single game remaining against the New England Wolves between now the the start of the holiday break.

Bowers and the Railers also hit the ice for just a single game this past week, beating the Wolves up in Laconia, NH. As for the '02 native of Bethesda, MD, Bowers nearly doubled his point production for the season, amassing a four-assist game for the Railers. The stellar performance gives Bowers nine total assists in 16 games to date.

Bowers and the Railers are one of a small handful of teams heading to this week's showcase in Connecticut, with matchups scheduled against the Connecticut Chiefs tomorrow, and the Philadelphia Little Flyers and New Jersey 87s on Wednesday.

Putting a bow on things in goal, and keeping with the trend of teams that hit the ice for just a single game this past week, Leger and the Lumberjacks knocked off the Warriors by the score of 4-3 this past Wednesday.

As for the '03 native of Naperville, IL, Leger earned his 5th win of the season, after making 35 total saves throughout the contest. The stellar performance helped Leger improve his GAA to 2.17 and his save percentage to .928.

The Lumberjacks are also heading to Connecticut this week, with matchups of their own set against the Little Flyers, 87's, and Chiefs. 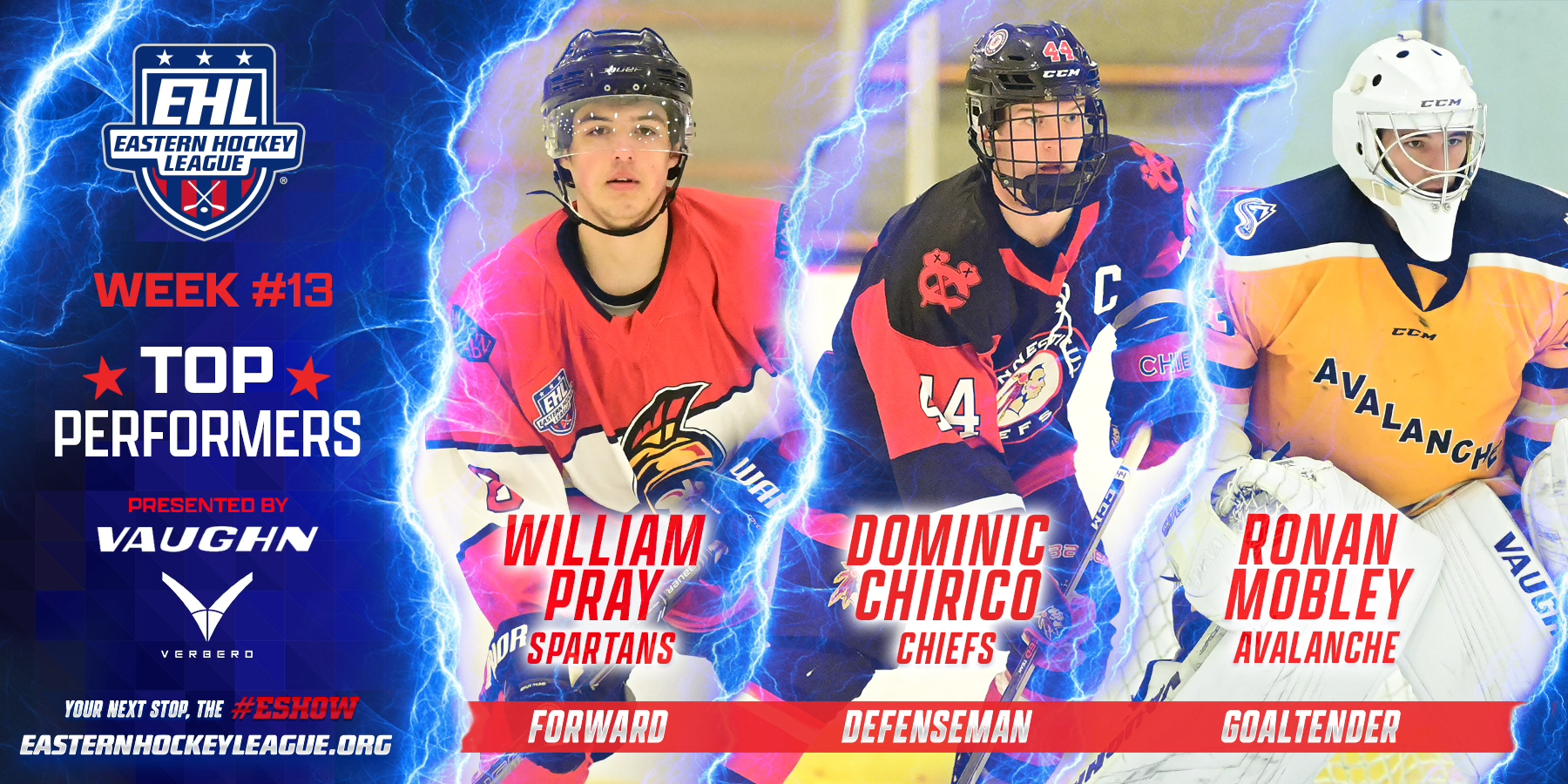 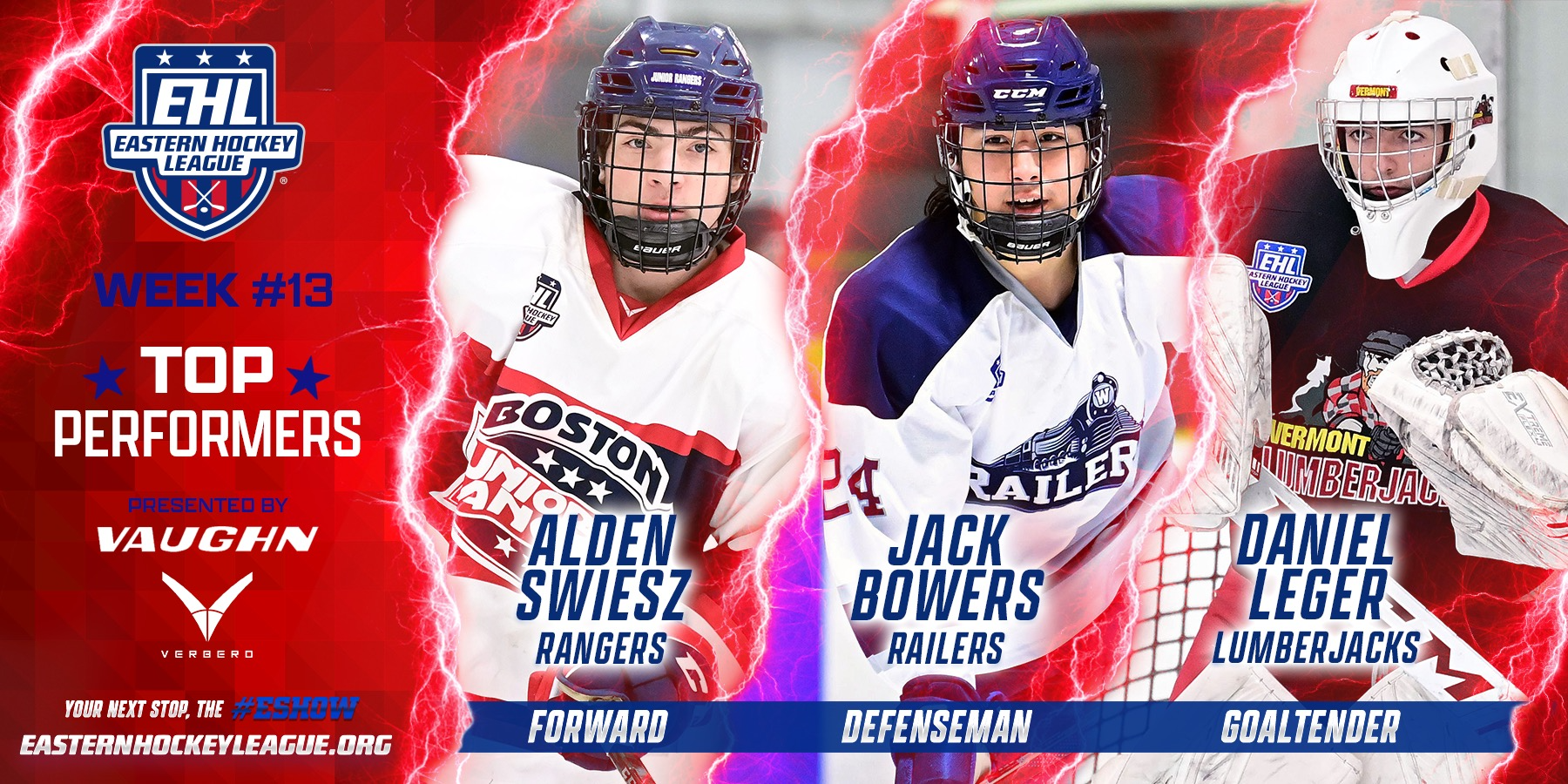