Below you'll find the 14th set of weekly top performers in the #EShow. The forward and defensemen awards are presented by Verbero Hockey, while the goalie honors come courtesy of Vaughn Custom Sports.

The EHL is pleased to announce that Matt Anastasio (New Jersey 87s), JJ Creighton (Team Maryland), and Ronan Mobley (New Hampshire Avalanche) have been named the Top Performers for Week #14.

Anastasio and the 87's hit the ice for three total games this past week, including a pair of contests at the Newington Showcase. New Jersey claimed victories over Team Maryland, the Boston Jr Rangers, and the East Coast Wizards in those matchups, extending their winning streak out to seven games. The recent stretch has helped the 87's improve their record up to 15-9-3 for the season, which puts them currently in 2nd place in the South Division.

As for the '01 native of North Babylon, NY, Anastasio notched a point in all three contests, tallying a pair of goals and three assists to his credit. After being held off of the scoresheet in his first two contests with New Jersey, Anastasio has gone out and recorded at least a point in 10 straight contests. Overall, the forward has 14 points in 12 total games to date. Anastasio and the 87's will return from the holiday break on Wednesday, January 5th, when they hit the road for a huge matchup with the Philadelphia Little Flyers.

After losing to the 87's this past Friday, Creighton and Team Maryland traveled up to Connecticut for three games of their own at the Newington Showcase. Maryland earned five out of a possible six points after beating the Seacoast Spartans and the Railers Jr Hockey Club and falling to the New Hampshire Avalanche in a shootout. Overall, the solid week improved Maryland's record up to 19-10-1 for the season, which has them in 1st place in the South at the break.

As for the '02 native of Youngstown, OH, Creighton picked up four total points at the showcase, including a three-point effort against the Railers. Overall, Creighton now has 17 points in 30 total games to date, and he'll look to roll the momentum over when his team returns to face the New York Apple Core on January 7th and 8th.

Wrapping things up in goal, and speaking of active seven-game winning streaks, Mobley and the Avalanche reached that mark as well after picking up a trio of wins at the showcase. The '01 native of Playa Del Rey, CA was in net for all three matchups, as New Hampshire beat the Little Flyers, Maryland, and the Vermont Lumberjacks. Mobley turned aside 74 of the 79 shots he faced in Connecticut, lowering his GAA down to 1.68 and increasing his save percentage up to .941. Those numbers rank Mobley 2nd and 3rd in each respective category, all while his 16 total victories is the most in the EHL.

The Avalanche are currently the top-ranked team in the league with a record of 22-3-3, and they are currently off until January 11th, when they return for a huge matchup of their own against the Rangers.

The EHLP is pleased to announce that Trent King (Vermont Lumberjacks), Nicholas McKay (Philadelphia Little Flyers), and Logan Givens (Connecticut Chiefs) have been named the Top Performers for Week #14.

King and the Lumberjacks hit the ice for five total games over the course of the past week, posting a record of 3-2-0 in those contests. As for the '03 native of Malone, NY, King put together his best stretch of the season this past week, tallying three goals and five assists to his credit. Overall, King now has an even nine goals and nine assists in 18 total games to date.

With a record of 12-7-3, King and the Lumberjacks currently sit in 3rd place in the North Division standings. The battle for home ice will be huge for Vermont in the 2nd half, with the team set to return on January 8th and 9th with a pair of matchups against the New England Wolves.

Following suit with the Lumberjacks, McKay and the Little Flyers also went 3-2-0 in their five games played over the course of this past week. The '03 native of Glen Mills, PA posted six total points throughout the week, adding a pair of goals and four assists to his season totals.

At 14-13-2, the Little Flyers currently sit at the top of the South Division standings, but only by a two-point margin over the Connecticut Chiefs, who've also played seven fewer games than Philadelphia. McKay and the Little Flyers are on an extended break that has them set to return to action on January 16th, when they take on the New Hampshire Avalanche at the Exeter Showcase.

Speaking of the Chiefs, the showcase hosts earned three one-goal victories this past week, knocking off the Railers Jr Hockey Club, the Seahawks Hockey Club, and the Lumberjacks. At 13-7-3, plus the games in hand that was mentioned above, Connecticut hits the break feeling very confident about where they currently stand in the South.

As for the '03 native of Hendersonville, TN, Givens got the starts against the Railers and Lumberjacks, turning aside 34 shots apiece in each contest. The stellar showcase lowered Givens' GAA down to 2.81 and increased his save percentage up to .924, as the young netminder earned his 7th and 8th respective victories of the season.

Looking forward, Givens and the Chiefs will return from the holiday break on Sunday, January 9th, for a rematch in Connecticut against the Railers. 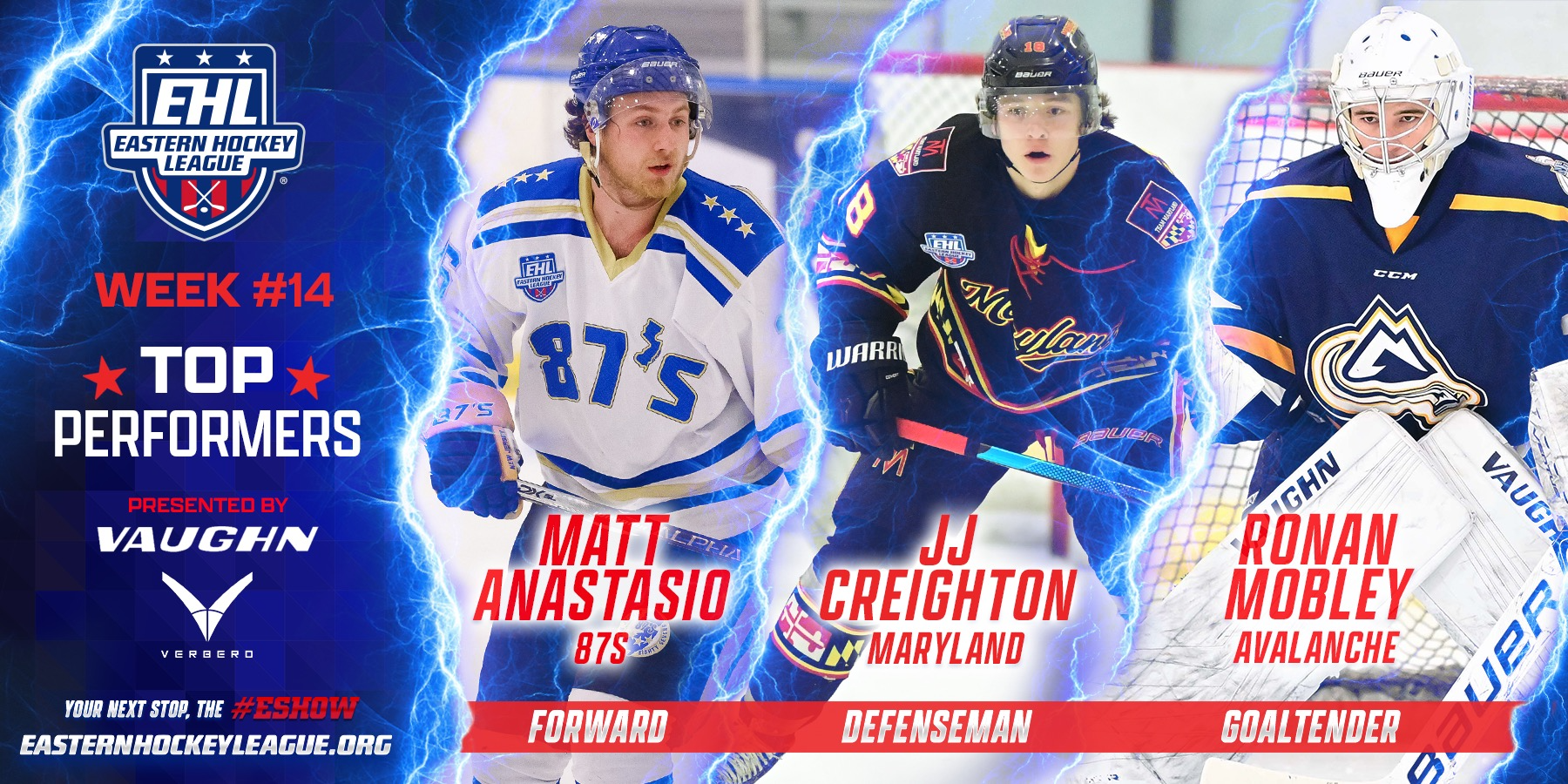 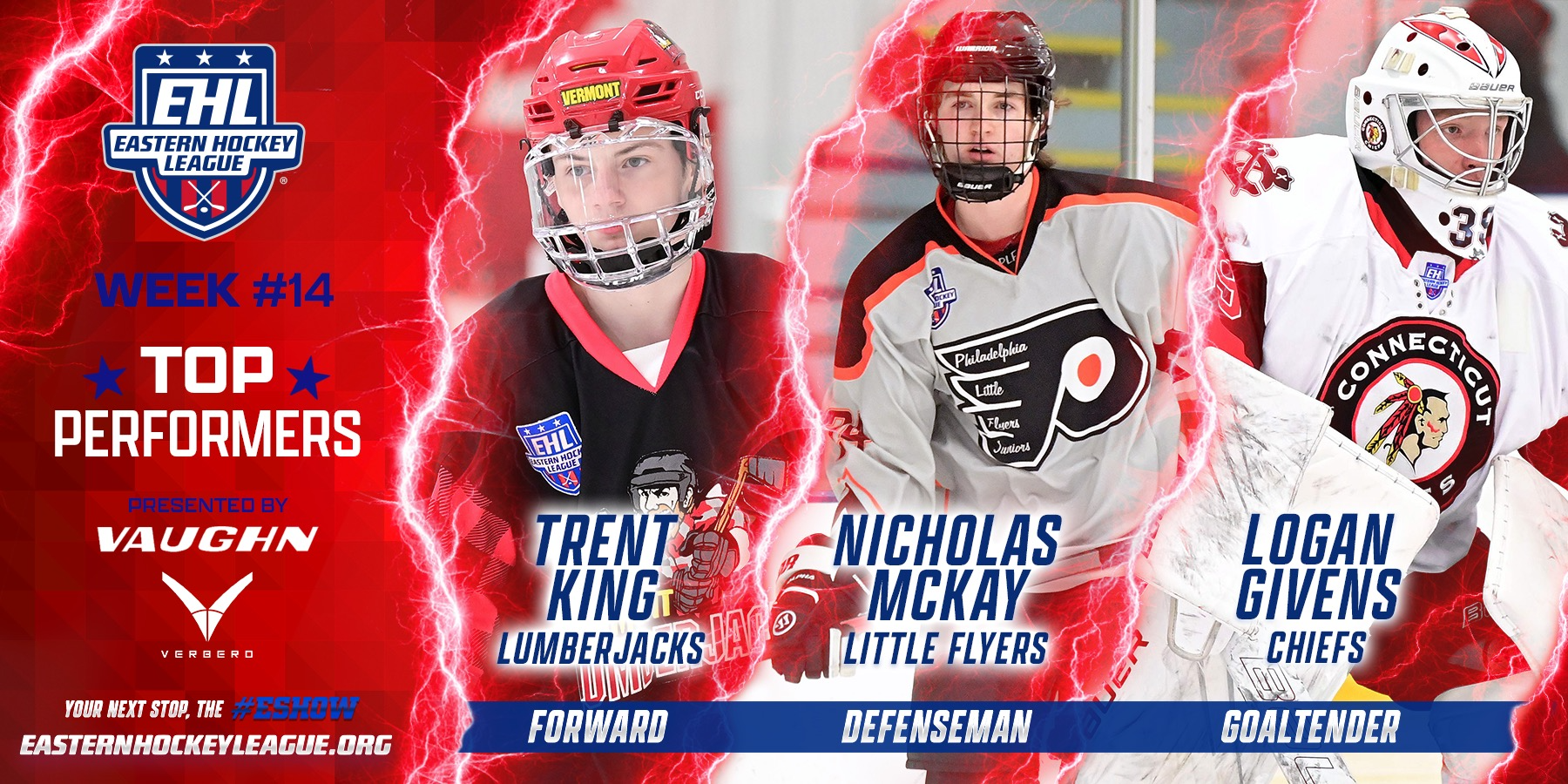