NEWINGTON, CT -- Dominic Chirico, a defenseman for the Connecticut Chiefs, has committed to SUNY Brockport for the fall of 2022.

The '01 native of Overland Park, KS is in his 2nd season with the Chiefs, and in 66 career games in the Eastern Hockey League (EHL), Chirico has tallied 26 total points to his credit.

“Dom has been a great leader for us this season,” said Chiefs head coach and general manager Greg Heffernan. “From the first time we spoke this summer, I knew Dom was going to be able to achieve his goal of playing NCAA hockey. His versatility and high compete level are second only to his incredible character. I’ve known Coach [Brian] Dickinson for a long time, and I know Dom is going to fit in perfectly at Brockport.”

Dickinson and the Golden Eagles have always been heavy recruiters of the EHL, and that hasn't changed for a second this year, as Dom joins an incoming freshmen class that already includes three committed players from the league.

Next fall, Chirico will become new teammates with Josh Higgins of the New Hampshire Avalanche, Ryan Brow of the Protec Jr Ducks, and Josh Grund of the Boston Jr Rangers. The All-Star Captain is ecstatic over the decision that he made, and beyond grateful to the Chiefs for helping him achieve this goal.

“I’m very grateful for the opportunity to join the Golden Eagles and play at SUNY Brockport for the next 4 years," said Chirico. "Brockport has a beautiful campus and great academic options for me to pursue my goals. I would like to thank my family and friends for sticking by my side throughout my whole hockey career. I would also like to specifically thank Coach Heffernan for all his help in this process. One of the big things as a team that we have been focusing on under his leadership is sticking to our style of team hockey and individual success will follow. This commitment is not only for me but for every other guy in our locker room that shows up every day working to win a championship, and more importantly, developing to get to the next level.”

Heffernan went on to talk about the new model he's seeking to establish in his first year with the Chiefs.

“We have a very deliberate model here centered around player development and exposure," added Heffernan. "Dom has bought into the process and earned his commitment to a great NCAA program. I suspect that many of his teammates will be following in his footsteps soon.”

Learn more about the Chiefs on the team's official website, and check out the full 2021-22 NCAA commitment list. 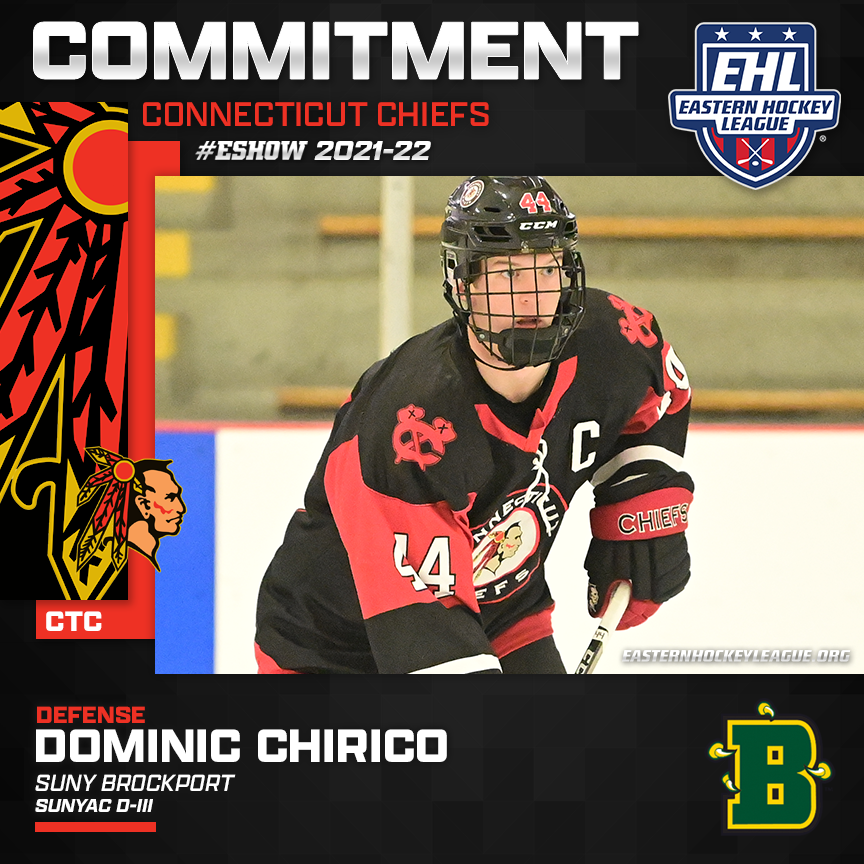