ODENTON, MD -- John Werber, a goaltender for Team Maryland, has committed to SUNY Potsdam for the 2nd half of the 2021-22 season.

The '01 native of New Rochelle, NY came to the Eastern Hockey League (EHL) for his final season of junior hockey, and you can easily say that his decision to join Maryland has worked out as well as he could have hoped for. In 19 total starts, Werber owned a record of 13-5-1, to go along with a 2.61 GAA, a .920 save percentage, and 2 shutouts.

"We can’t thank John enough for his short time here, but this is what it’s all about, giving young men opportunities and helping them chase the ultimate goal to play college hockey," said Maryland head coach and general manager Josh Fusco. "John is a workhorse; he's very driven, motivated, and determined, and he has a pro hockey player mindset and work ethic. He’s very dedicated to the game and his preparation, adaptability and skill set, helped earn this achievement. Congrats Johnny, I’m your biggest fan and look forward to watching you for years to come!"

As you can tell by Fusco's tone, losing his starting goalie will definitely make things more difficult for his team, but he also recognizes that Werber has completely earned this accomplishment. Werber himself is sad to leave behind his Maryland teammates, and he took some time to show his gratitude towards everyone who made this all possible.

Werber had a great season going in the EHL, and along with his teammates Evan Donnelly, Alex Newton, and Will Rosen, was named an All-Star back in November, and got the chance to participate in the 1st Annual EHL All-Star Classic.

Learn more about Maryland on the team's official website, and check out the full 2021-22 NCAA commitment list. 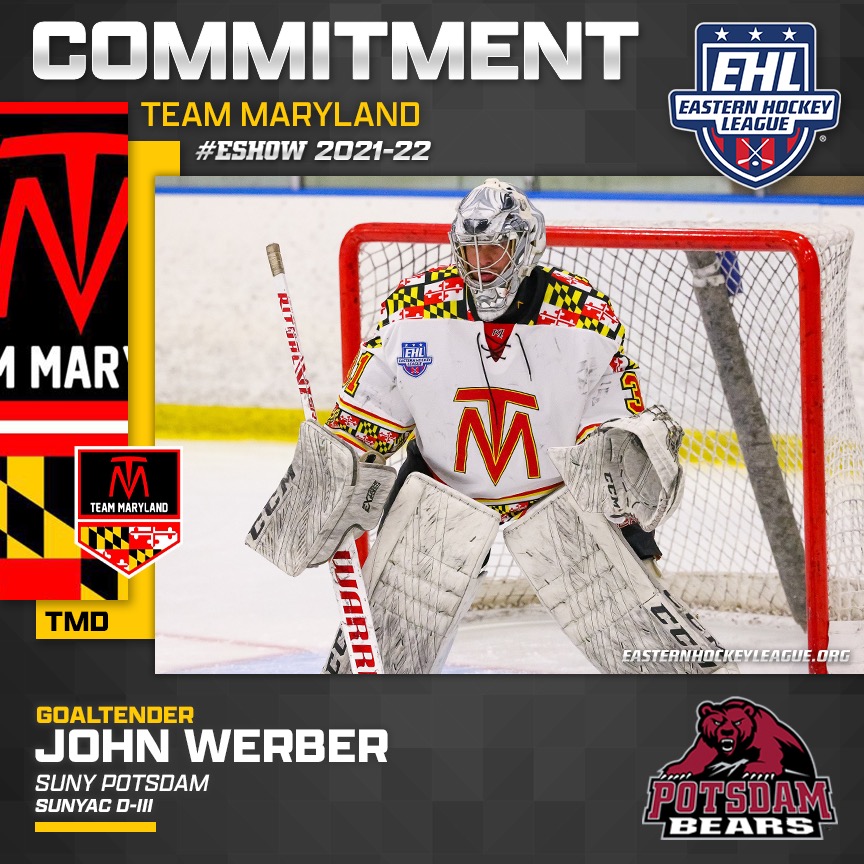