TEWKSBURY, MA -- Jack Karges, a forward for the Boston Jr Rangers, has committed to the Milwaukee School of Engineering (MSOE) for the fall of 2022.

The '01 native of Champlin, MN is in his 2nd season with the Rangers, and in 63 career games in the Eastern Hockey League (EHL), Karges has tallied 12 goals and 28 assists to his credit.

“Jack is a second-year player for us and has really grown into a great college level forward," said Rangers head coach and general manager Rich DeCaprio. "He’s one of the better two-way centers we’ve had here at BJR. We are very happy for him and the opportunity he has earned to play at a great school with a great hockey program."

After helping the Rangers win their first-ever EHL Championship this past year, Karges returned for his age-out season, and was named a captain for a team that has high hopes of going back-to-back.

In regards to Karges' commitment, he's the first EHL player to choose MSOE so far this season, but also the 19th player in league history to pick the Raiders' program.

"The fact that it was close to home made it a school I had my eyes on since the start of the year,” said Karges.

The veteran forward, who got the chance to participate in the 1st Annual EHL All-Star Classic back in November, went on to talk about how the Rangers program has prepared him for the next level and also expressed gratitude to everyone that helped him along the way.

“The culture at BJR embraced my work ethic and helped me to thrive and better myself throughout my junior hockey career,” added Karges. “Coach DeCaprio has given me all of the opportunities I could ever need to prove myself in the game. I’d like to thank my teammates, coaches, my advisor and most importantly, my parents – without my parents I would not be able to have the opportunity to achieve my dreams." 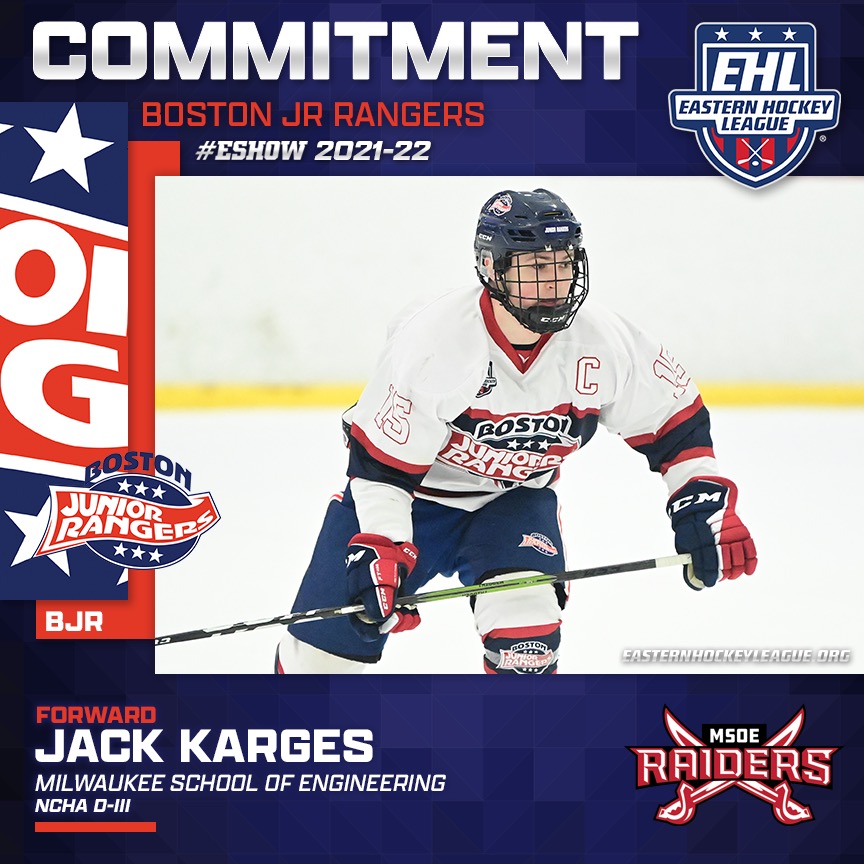