Below you'll find the 18th set of weekly top performers in the #EShow. The forward and defensemen awards are presented by Verbero Hockey, while the goalie honors come courtesy of Vaughn Custom Sports.

Carlson and the Avalanche posted a record of 2-1-0 in their three total games this past week, and in the process, officially secured the #1 seed in the North Division playoffs. As for the '01 native of Delmar, NY, Carlson put together a week that included four goals against the New England Wolves, along with a single assist in all three contests. For the season, Carlson now has 49 points in 37 total games to date, which ranks him as the 5th leading scorer in the league.

With their division now locked up, Carlson and the Avalanche will turn their attention towards securing a Regular Season Championship, which would be the program's first in franchise history. New Hampshire will look to take another step towards that accolade with road games this week against the Valley Jr Warriors and the East Coast Wizards.

After missing the first three months of the season while recovering from an injury, it appears that Bronte now is back in mid-year form. As for this past week, Bronte and the Chiefs also posted a record of 2-1-0, with the '01 native of Australia collecting a pair of goals to go along with a power-play assist. Included in his two tallies was the game-winner against the Protec Jr Ducks on Wednesday.

In just 11 total games to date, Bronte already has notched seven points to his credit, which gives him a chance to surpass the 21 total points he put up this past year. If the veteran defensemen can set a new career high, it would extra impressive when you factor in the amount of time that Bronte missed to start the year.

Kulhanek and the Railers won their only game of the week, as they held on for a 3-2 victory over the Boston Jr Rangers this past Wednesday. With the win, the '02 native of Austria snaps his own personal three-game losing streak, and improves his record up to 14-7-1 for the season. Also, the 44-save performance helped Kulhanek lower his GAA down to 2.90 for the season, to go along with a .907 save percentage.

Similar to the Avalanche, Kulhanek and the Railers are closing in one securing their own #1 seed in the Central Division. Also, Kulhanek is now just a single win away from his 30th all-time victory for his career in the EHL. He'll look to check off that box with matchups scheduled this week against the Wizards, Chiefs, and Walpole Express.

Therrien and the Wolves took care of business in their only game of the weekend, picking up a 3-2 victory over the Walpole Express on Friday night. As for '04 native of Plymouth, NH, Therrien played a role in all three goals that his team scored, as he found the back of the net once to go along with a pair of assists. For the season, Therrien now has 15 points in 29 total games to date, and that includes five points in his last four contests.

Looking ahead, Therrien and the Wolves will continue to fight for playoff positioning, with four straight games on the schedule against North Division opponents. The first two take the team on the road against the New Hampshire Avalanche, followed by a pair of home games with the Vermont Lumberjacks.

Lindberg and the 87's also picked up a win in their lone game of the weekend, knocking off the New Jersey Renegades on Sunday. Similar to Therrien, Lindberg played a role in all three goals that his team scored, registering a three-assist game in the 3-1 victory.

Looking forward, Lindberg and the 87's currently sit in 2nd place with the South Division, three points behind the Philadelphia Little Flyers for the top spot. Following a home-and-home series against the Renegades this weekend, the 87's will take on the Little Flyers in three of their last four regular season games, which will likely determine the #1 seed for the playoffs.

Keeping with the trend, Taylor and the Rangers picked up the win in their only game of the weekend, knocking off the Express by the score of 5-1 on Sunday. As for the '02 native of Hamburg, NY, Taylor stopped 25 of the 26 shots that he faced, en route to his 10th win of the season, and 6th victory in his last seven starts. Taylor now owns a record of 10-5-0 for the year, to go along with a 2.76 GAA and a .914 save percentage.

Checking in on where things stand in the East Division standings, Taylor and the Rangers currently sit in 1st place with a four-point lead over the Railers Jr Hockey Club. It is worth noting however, that the Railers have five games in hand on the Rangers, making the matchup on February 25th possibly the biggest game left on the regular season schedule. 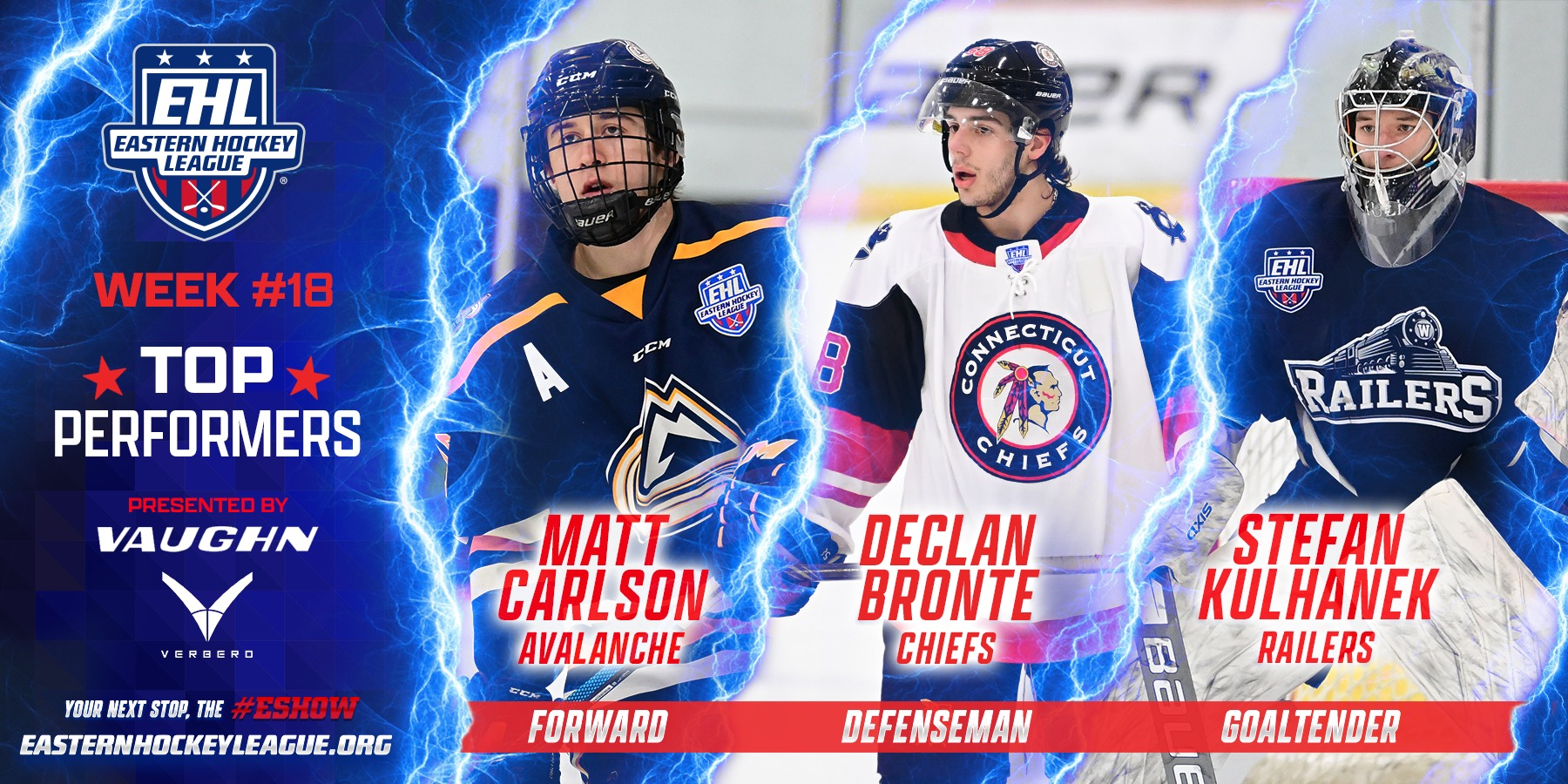 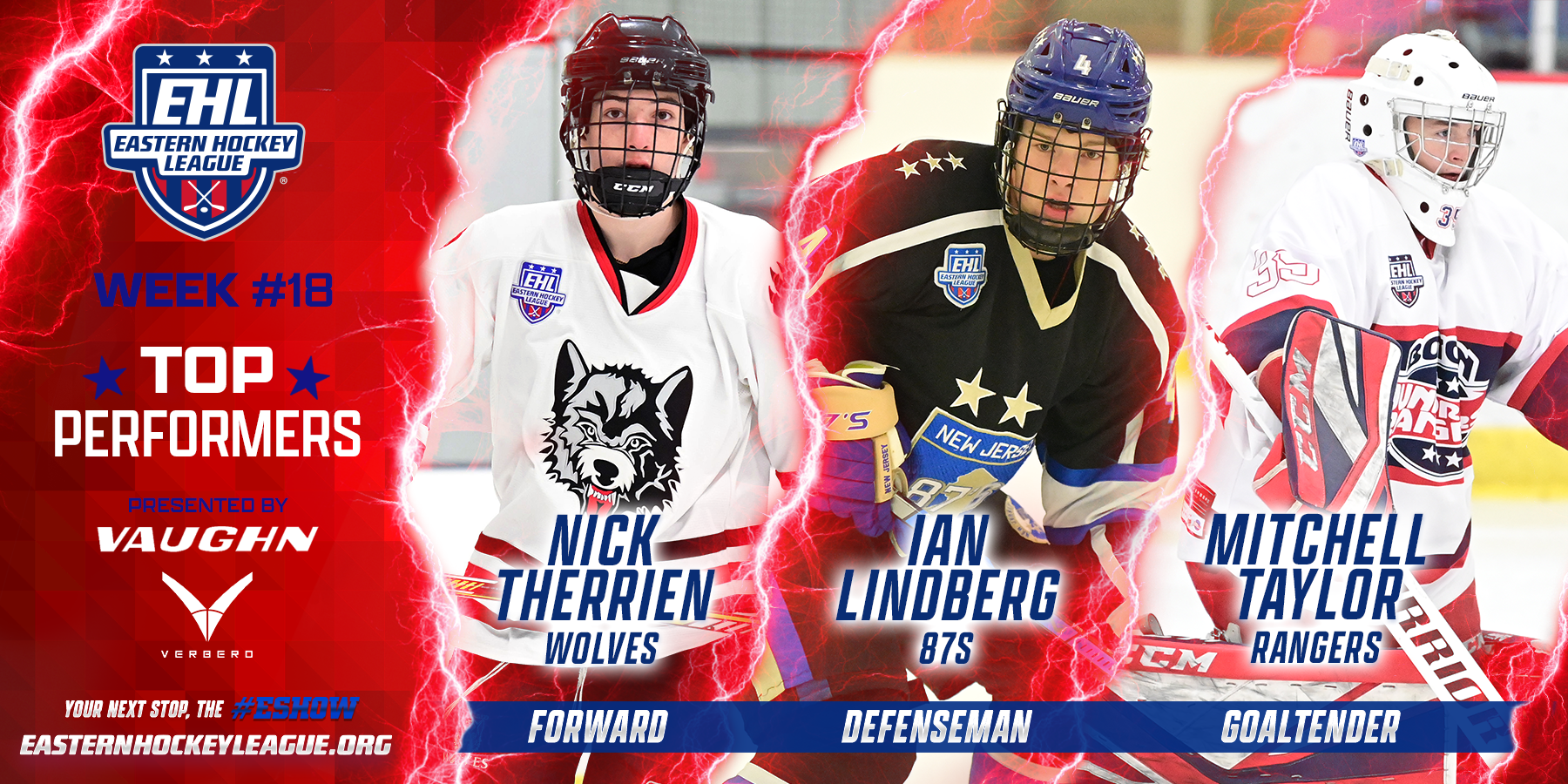