BURLINGTON, VT -- Tyler Penree, a forward for the Vermont Lumberjacks, has committed to Buffalo State for the fall of 2022.

"Tyler is an exceptional young man," said Lumberjacks head coach and general manager Gary Gill. "Tyler brings a very strong work ethic and high compete level to the rink every day. I believe Tyler will be an instant impact player for Buffalo State. It was a pleasure to coach such a fine young man. Our entire Lumberjacks organization is so very proud of him and the work he has put in to reach his dreams. The Lumberjacks wish him the very best in his future collegiate hockey career."

With his commitment, Penree makes some history as well, as he is 1st player in Lumberjacks' history to choose Buffalo State. Overall, he's the 11th player in league history to commit to the Bengals' hockey program, and 2nd player of the current 2021-22 season. Penree will become new teammates this fall with Kyle Patton of the Philadelphia Little Flyers.

"I am excited and grateful to be able to advance my hockey and academic careers at Buffalo State," said Penree. "I would like to thank my family and the Lumberjacks for making my junior hockey career so special these past three years."

Looking forward, with this weight now off of his shoulders, the Lumberjacks' leader can now focus on helping to guide his team through the rest of the regular season and into the postseason. Once the playoffs do arrive, the goal will be simple, as Penree and the Lumberjacks look to get back to the EHL Frozen Finals and earn some revenge. 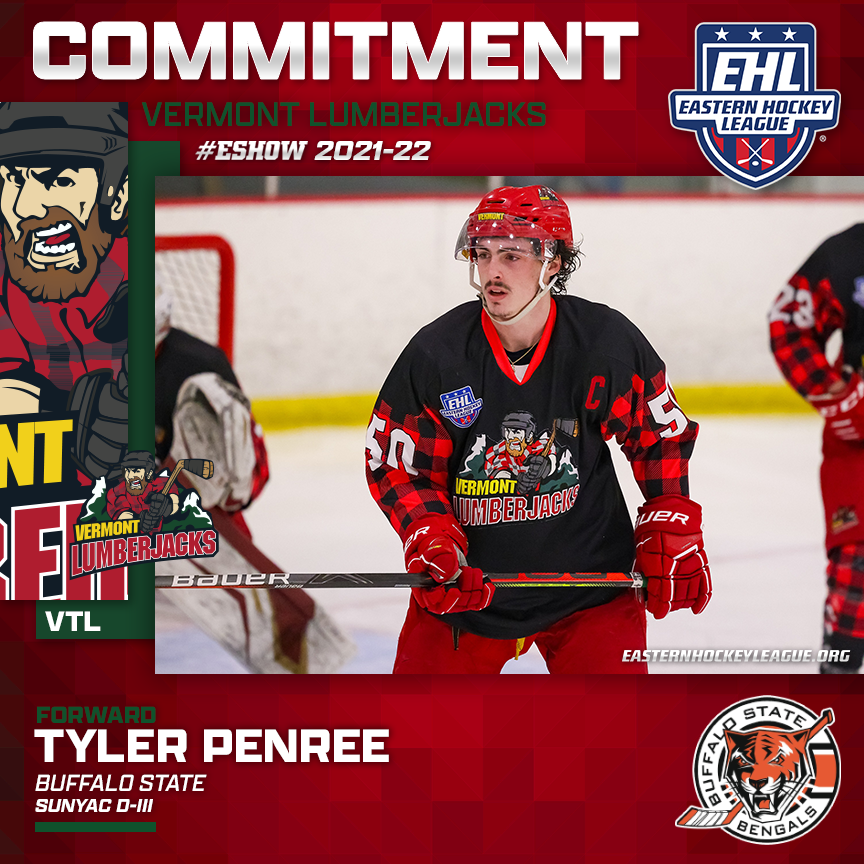