Below you'll find the 21st set of weekly top performers in the #EShow. The forward and defensemen awards are presented by Verbero Hockey, while the goalie honors come courtesy of Vaughn Custom Sports.

The points just keep on coming for Bella, and especially in the goal department. In two games this past week, the '01 native of Norwalk, CT found the back of the net five times to go along with a pair of assists. From a strictly regular season perspective, Bella became the all-time goals leader in EHL history when he scored his 78th career goal this past week. Combined between the regular season and the postseason, Bella's career total of 80 goals scored puts him just four behind the top overall mark, held by Bryce Witman (84 - Philadelphia Revolution/Philadelphia Little Flyers).

The seven-point week for Bella led to a pair of victories over the Connecticut Chiefs and Philadelphia Little Flyers, ultimately keeping the RoughRiders hopes for home-ice advantage still alive. With both teams having five games remaining on their respective regular season schedules, the Chiefs currently hold a six-point lead over the RoughRiders for 2nd place in the Central Division standings. It appears that the pair of rivals seem destined to face-off in the upcoming First Round of the EHL Playoffs.

While Bella was racking up the goals, Chung was racking up the assists, collecting five of them to his credit throughout the week. For the season, the '04 native of England now has 28 points in 34 total games to date, making the young forward a top candidate for this season's Rookie of the Year award.

Looking ahead to the five games that the RoughRiders have remaining, Connecticut will face-off in a pair of home-and-home series against the Protec Jr Ducks and New York Apple Core, with a matchup against the Philadelphia Little Flyers sandwiched in between.

Wrapping things up with quietly the hottest goalie in the EHL, Kilgallen and the Wolves won all four of their games this past week, with the '01 native of Brighton, MA in net for each and every victory. Kilgallen has now won 10 straight starts dating back to January 16th, which has helped to improve his record up to 11-3-0 for the season. Throughout the stretch, Kilgallen has lowered his GAA down to 2.84, and increased his save percentage up to .911.

As for this past weekend's two-game sweep of the Vermont Lumberjacks, Kilgallen turned aside 62 of the 65 total shots that he faced, helping the Wolves build up a three-point cushion for 2nd place in the North Division standings. With three games remaining against the two that are left for the Lumberjacks, the Wolves now control their own destiny with regards to securing home-ice advantage for the upcoming playoff series with their northern rivals.

Flashing all the way back to this past Tuesday, and it was actually a four-win week for the Lumberjacks, as Vermont has now won five of their last six contests. The '04 native of Belarus was the offensive catalyst for his team, tallying 11 total points throughout the week, which nearly doubled his season totals. Since joining Vermont in early January, Sidarovich now has an even 13 goals and 13 assists in 17 total games to date. Coming up this weekend, Vermont will hit the road for two more games, as they wrap-up their 2021-22 regular season schedule with matchups against the Railers Jr Hockey Club and the Walpole Express.

Merryman and the Rangers posted a record of 1-2-0 in their three games this past week, with the '03 native of Peabody, MA tallying four total points to his name. Despite the end results, Merryman and the Rangers do still sit in 1st place in the East Division. It's worth pointing out that while the Rangers have four games remaining on their regular season schedule, the Railers have seven on theirs, starting with the Seahawks Hockey Club tomorrow afternoon.

If the Railers can pick up the two points tomorrow against the Seahawks, the two teams will be tied with 54 points apiece when they hit the ice for a huge 1st-place showdown on Friday night in Worcester, MA.

Wrapping things up with a team that was mentioned above, Parent was in net for three of the four victories for his team this past week. The perfect week improved his record up to 12-5-1 for the season, as the '03 native of Canada turned aside 78 of the 82 total shots that he faced.

With the First Round of the EHLP Playoffs not slated to start until at least March 17th, Parent will look to help his team finish the regular season on a high note, and then ride the momentum throughout some well-earned time off. 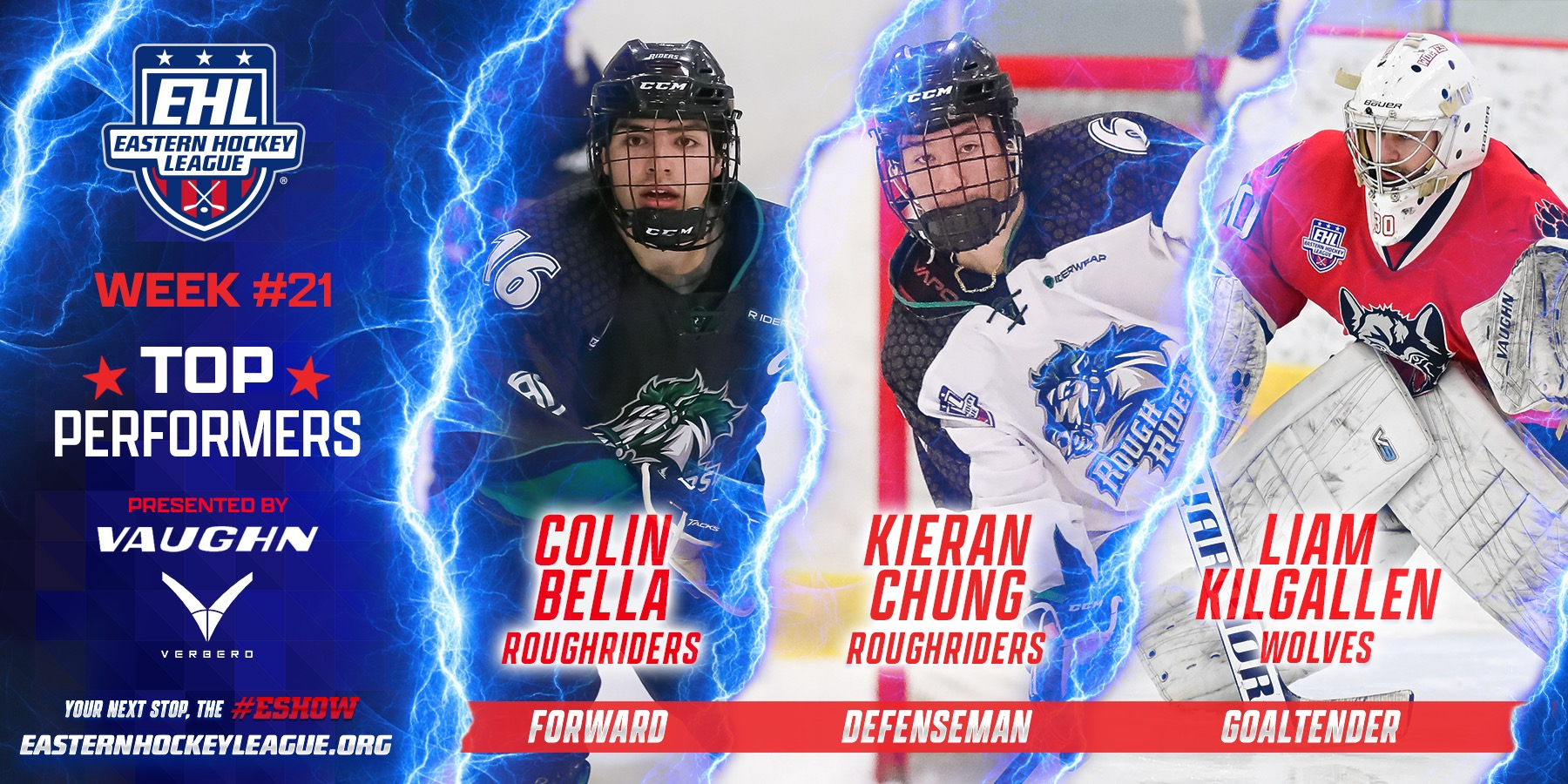 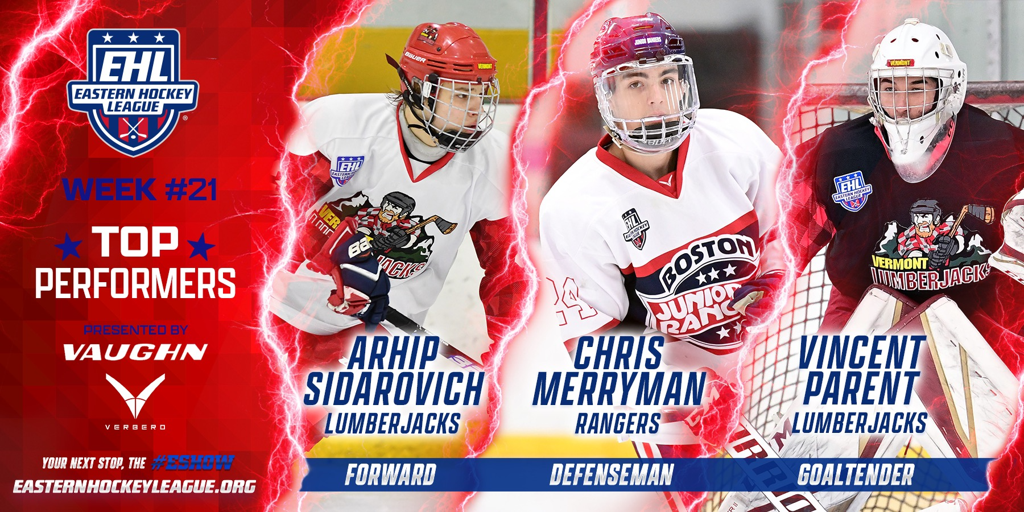