It only took 44 seconds for the 87’s to jump ahead in the 2nd period with goals from Jason Atkinson and Everest Schneider. The defense and goaltending took care of the rest, killing off a five-minute power play for the Express, while Owen Hains recorded a 25-save shutout.

“They did so much this year and to be able to put it together this weekend was everything about it,” said 87’s head coach Adam Houli. “It hasn’t hit me yet, I’m sure when I get on the bus and relax it’s going to hit me and it’s going to be a wave of emotion because I know how hard we worked as a club to do this and for the guys to do it.”

Jason Atkinson, who finished the tournament with five points (2g, 3a) and scored the game-winning goal in the Championship Game, was named Most Valuable Player of the Frozen Finals. His goal came on the power play at 5:21 of the 2nd period, when Matt Anastasio shot a puck that went off the blocker of Express goaltender Jack Boschert and down to the ice. Atkinson picked up the rebound and went to the far post for a wrap-around goal.

For Atkinson, being named MVP of the Frozen Finals was a culmination of the 87’s top line between Robbie Seewagen, Matt Anastasio, and himself.

“It’s huge, I’ll definitely appreciate it forever but I wouldn’t be able to do it without my teammates and my two linemates Robbie [Seewagen] and Matt [Anastasio]. They are two amazing hockey players and I was always able to rely on them,” Atkinson said.

Just 44 seconds after Atkinson’s goal, Everest Schneider doubled the lead as Walpole turned the puck over in their own end, allowing Schneider to fire a shot under the blocker of Boschert for his 4th goal of the postseason.

The Express had an opportunity to claw their way back in the game with a lengthy power play, as 87’s defenseman Jimmy Mettler was assessed a five-minute major and a game misconduct. New Jersey’s penalty kill units rose to the task however, giving up only one shot on goal and keeping it a 2-0 game.

“It defined our entire season,” Houli said of the penalty kill. “We take a penalty, we’re on the bad side of that, and now we go on to kill a five-minute power play and we blocked so many shots. We just played so well on that kill, once we got through it I knew it was going to be a really good thing for us, and honestly it was a testament of our season.”

The Express had some close calls throughout the game, including a wrist shot from Alex Pratt on a two-on-one rush that slammed off the left post early in the 2nd period. Hains’ best save came in the 3rd period when he denied Anthony Persi, who was all alone and snapped a quick shot from between the hash marks.

Earlier this season the 87’s were in a tumultuous stretch, losing eight straight games and falling to 4th place in the South Division. Houli admitted that he tried to get creative in order to get his team out of that rough stretch.

“We tried everything and pulled every trick out of the book, we had barbecues, we shared hugs, we did everything we possibly could to break out of it and when that happened it really changed me,” Houli said. “This group really showed me a lot as a coach and I grew a lot with them.”

He continued, “It’s something where I just have to sit back and just really see the growth of this club, and growth as a coach. We knew we had the pieces in place, we knew it was there, it was just a matter of putting it all together.

Atkinson said it was just a matter of sticking to the game plan and battling through the adversity.

“We just knew we had to buy in,” he said. “We were always a goal off, losing one-goal games, and it was just a team effort. We knew we were a team that could compete in every game and we showed it in the 2nd half of the season and obviously now we’re EHL Champions.” 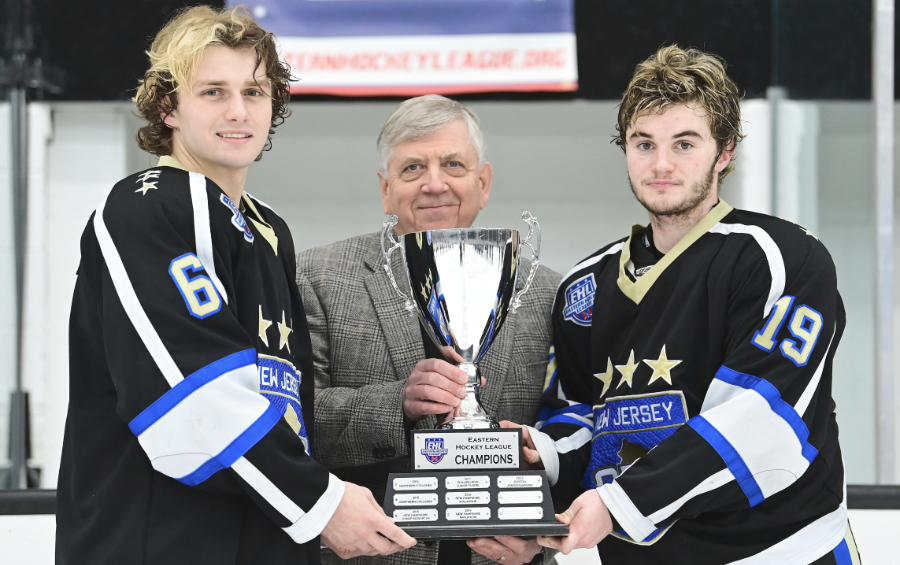 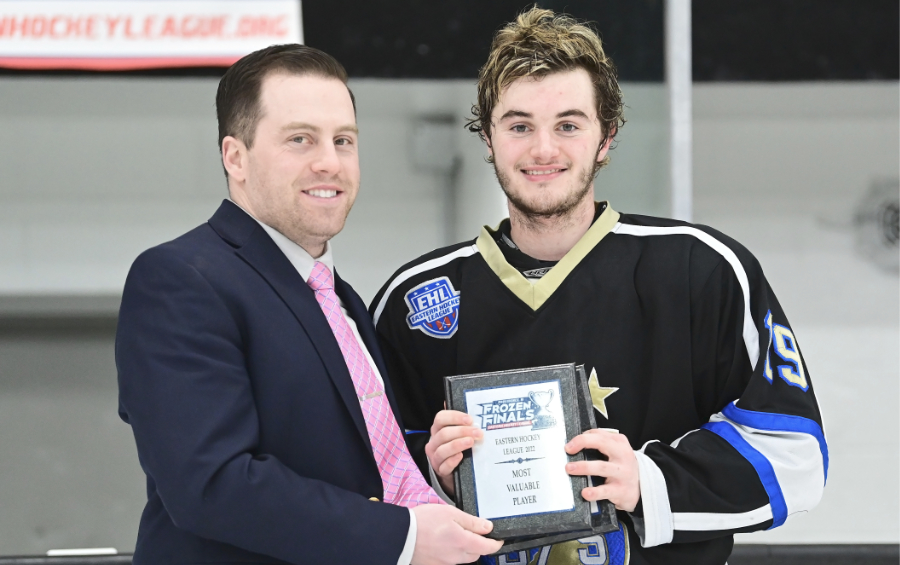 Anthony Di Paolo has spent the last four seasons with the New Jersey 87's organization. Anthony's familiarity with the junior hockey landscape at the Tier II and Tier III levels will help him dive right into covering the EHL.

Anthony will cover our league showcases and events, as well as write weekly features and player spotlights throughout the 2021-22 season.