BREWSTER, NY -- Connor Nagy, a defenseman for the New York Apple Core, has committed to Finlandia University for the fall of 2022.

The '01 native of recently finished his second and final season in the Eastern Hockey League (EHL), and first with the Apple Core. After spending the 2020-21 campaign with the Vermont Lumberjacks, Nagy chose to head to New York for his age-out season. Overall, in 80 career games in the EHL, Nagy collected 17 total assists.

"Connor played with a lot of heart and a lot of passion," said Apple Core former interim head coach Joe Wegwerth. "He truly left it all on the ice. Connor was a huge locker room guy and a coaches player. We are happy for the Michigan born player to be playing NCAA hockey in his home state in front of family and friends."

As Wegwerth mentioned, Nagy is heading back to his home state for hockey as he will head up to the Upper Peninsula of Michigan to play college hockey. Nagy is also one of two defensemen from this past season in EHL that committed to the Lions program, as he will team up with Kyle Lee from the Seahawks Hockey Club this fall.

"Playing for the Apple Core was one of the best experiences I’ve had in my hockey career," said Nagy. "I feel like the resources the organization provided us with really helped me take my game to the next level. Having almost unlimited access to on-ice training, and access to a state of the art gym will let any player who puts the work in achieve their goals. As a defenseman, having Coach [Matt] Grogan breakdown film, and teach us the game from a former goalies perspective was invaluable, and led me to see the game from a whole new perspective. What made my time with New York the most memorable was the core group of players, and how proud I am of how we came together as a group at the end of the year, despite coming up short in the end. I’ll forever cherish my time in New York, and feel it was instrumental in shaping me into the player I am today." 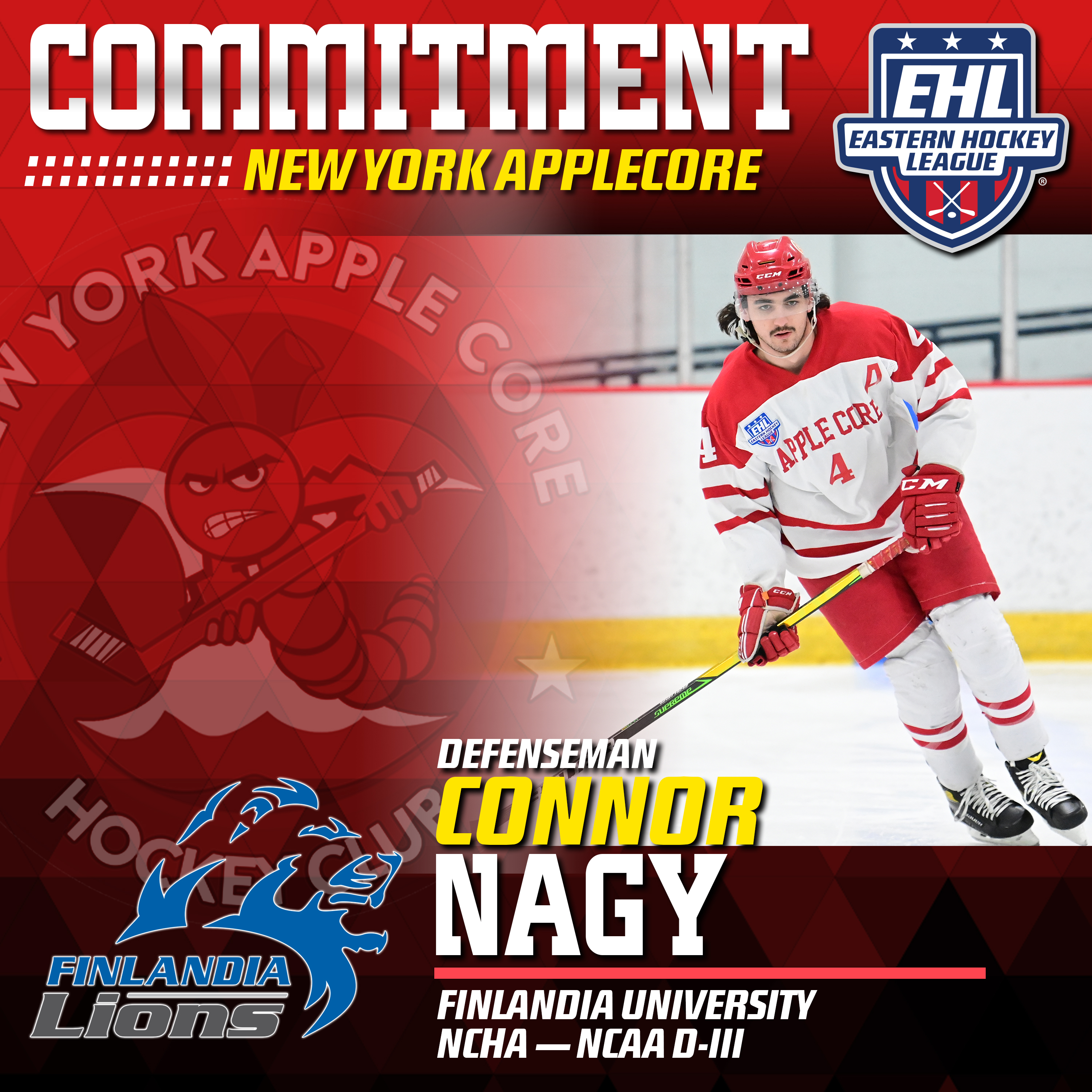