BURLINGTON, VT -- Aidan Patterson, a forward for the Vermont Lumberjacks, has committed to Albertus Magnus College for the fall of 2022.

The '01 native of Redondo Beach, CA recently finished his first and only season in the Eastern Hockey League (EHL), and over the course of 41 total games, Patterson collected six points to his credit.

"It was an absolute pleasure coaching Aidan," said Lumberjacks head coach and general manager Gary Gill. "I know the coaching staff at Albertus will enjoy working with Aidan as he is a very coachable, hard-working forward with outstanding puck pursuit. He gives everything he has, every single game. The Vermont Lumberjacks will miss him next season, and wish him the very best in his future at the collegiate level."

Patterson is the 7th NCAA Commitment of the season for the Lumberjacks, as well as the first player in franchise history to choose Albertus Magnus. Overall, the veteran forward is the 21st player in league history to commit to the Falcons' hockey program.

"Thank you to my parents and coaches for their continued support and belief in me as a player and as a person," said Patterson. "I'm excited to see what the future holds for me at Albertus Magnus."

Patterson's 2021-22 campaign began with the Boston Jr. Rangers, before moving north late in the fall. The move provided Patterson with a nice change of scenery and led to this moment. 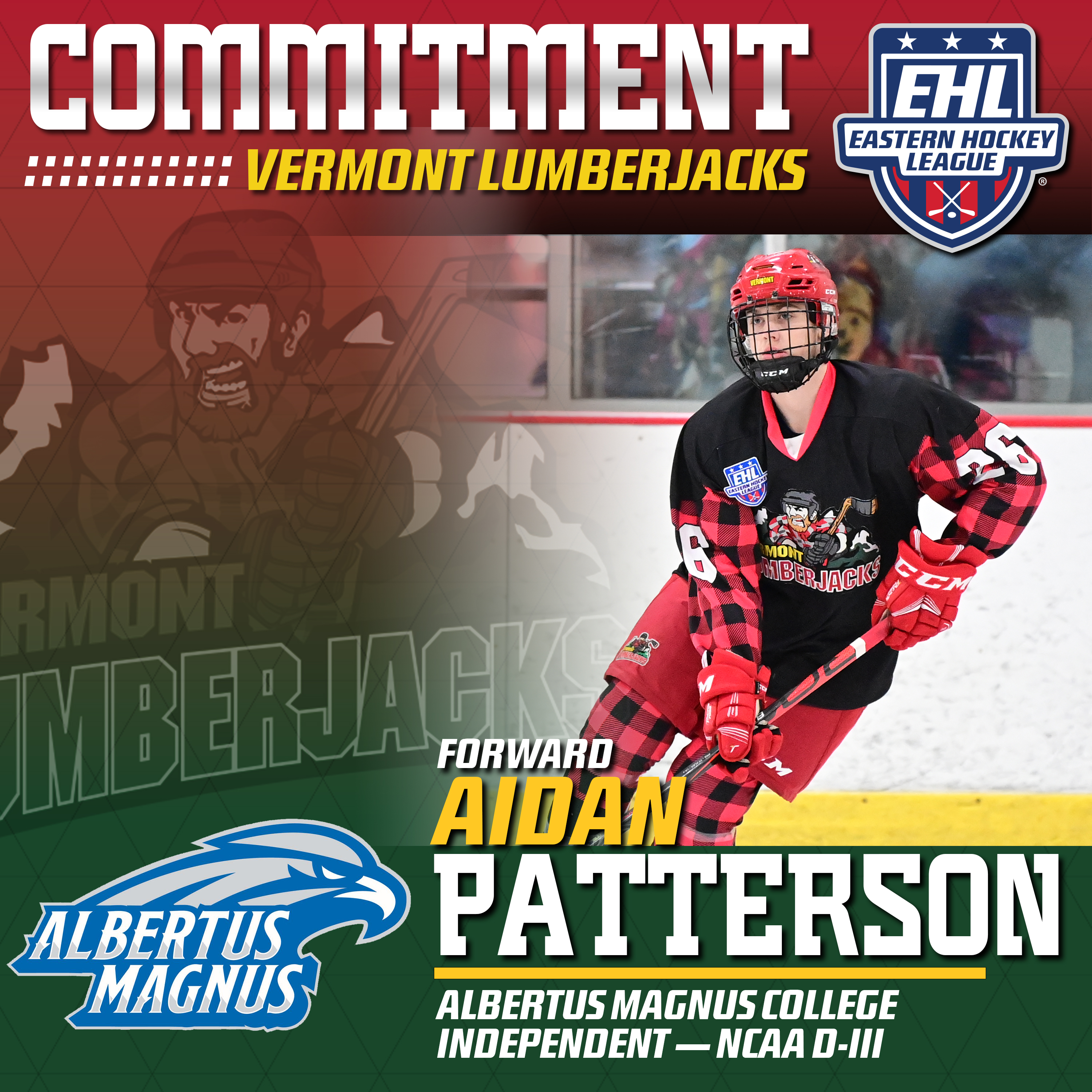