Wizards Forward Climbs Ladder from EHLP, to EHL, to NCAA

BEDFORD, MA -- Cole Scott, a forward for the East Coast Wizards, has committed to Suffolk University for the fall of 2022.

Following that season, Scott made the jump up to the EHL, and developed into the player he is today, throughout a three-year span with the Wizards. Over the course of his EHL career, Scott hit the ice for 130 total games, tallying 37 goals and 44 assists to his credit.

"We are so excited for Cole," said Wizards head coach and general manager Kory Falite. "He has been here for three years, and we’ve seen him mature, both as a player and as a person. He is a true leader, both on and off the ice, and his work ethic has truly paid off. He’s been the backbone to our team the last few years and we’re excited to see what the future holds for him at Suffolk.”

Speaking of that future at Suffolk, Scott is one of eight EHL players that committed to the Rams this season, with four of those advancements coming directly from the Wizards. This fall, Scott will arrive in Boston alongside Joe Idelson, Will MacNeil, and Ryan Webb.

“I’m very excited to be going to Suffolk and joining the Rams,” said Scott. “I want to thank my parents for all the sacrifices they made to help me pursue my hockey career. I’d also like to thank the East Coast Wizards organization, especially Kory, Chris [Santello], and Adrian [Peacock] who have been instrumental in my development as not only a player but as a person over the past three years.”

From beginning his career at the EHLP, to capping off his EHL career with an All-Star Selection, Scott is a prime example of how a player can develop under the #EShow umbrella. 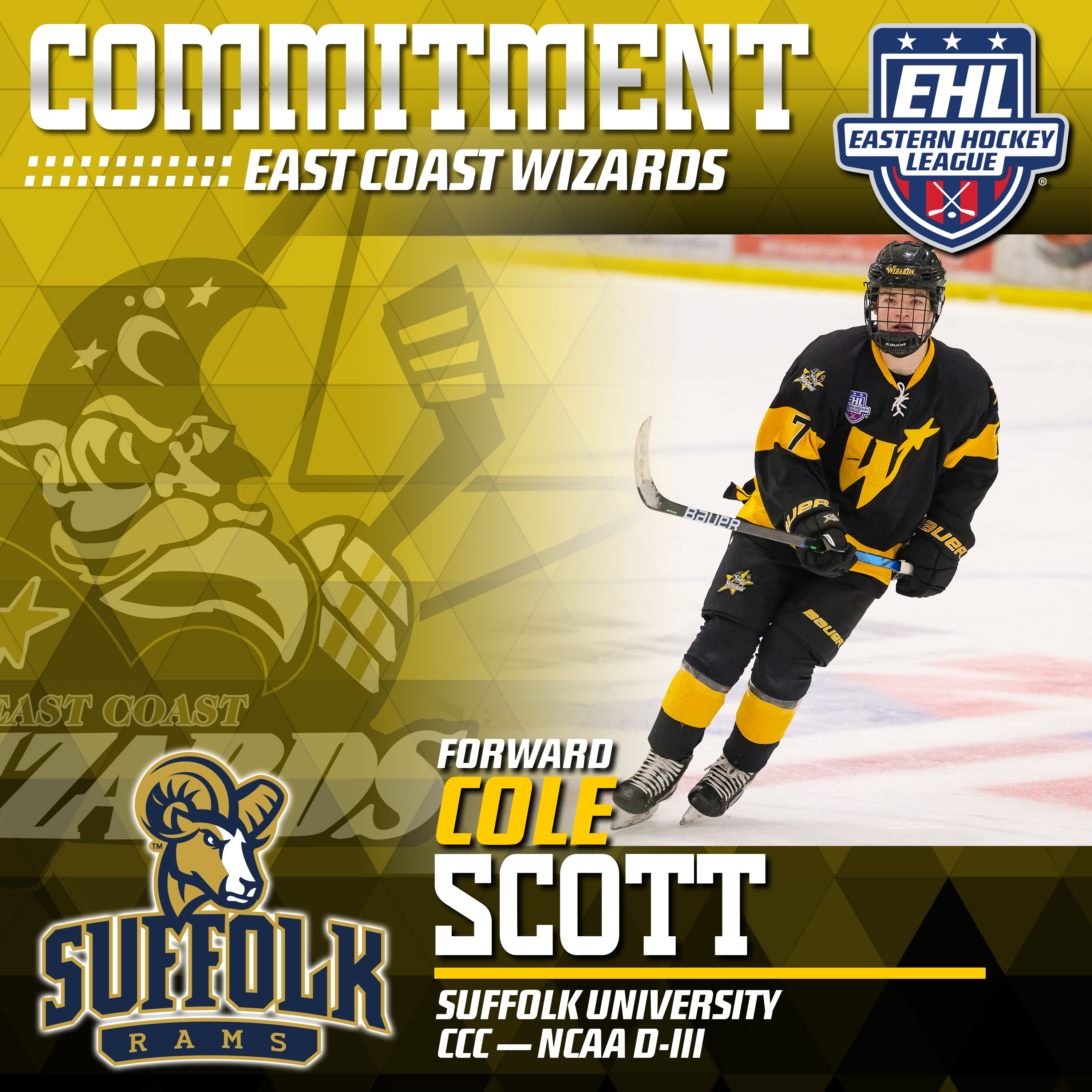