As for the EHLP, the 8th season in league history will commence two days later, on Saturday, September 17th, with five games scheduled on the league's opening day.

Along with the showcases, this upcoming season will also feature two all-star events in the EHL and an all-star game in the EHLP.

The showcase and all-star dates and locations are listed below.

Following the end of the 2022-23 regular season, postseason play will begin in the EHL and the EHLP in early March.

The playoffs will then conclude once again at Providence College, as the dates for the 2023 EHL Frozen Finals are set for March 22nd to 26th.

Stay tuned for more updates throughout the summer, as the EHL and EHLP each prepare for another milestone season. 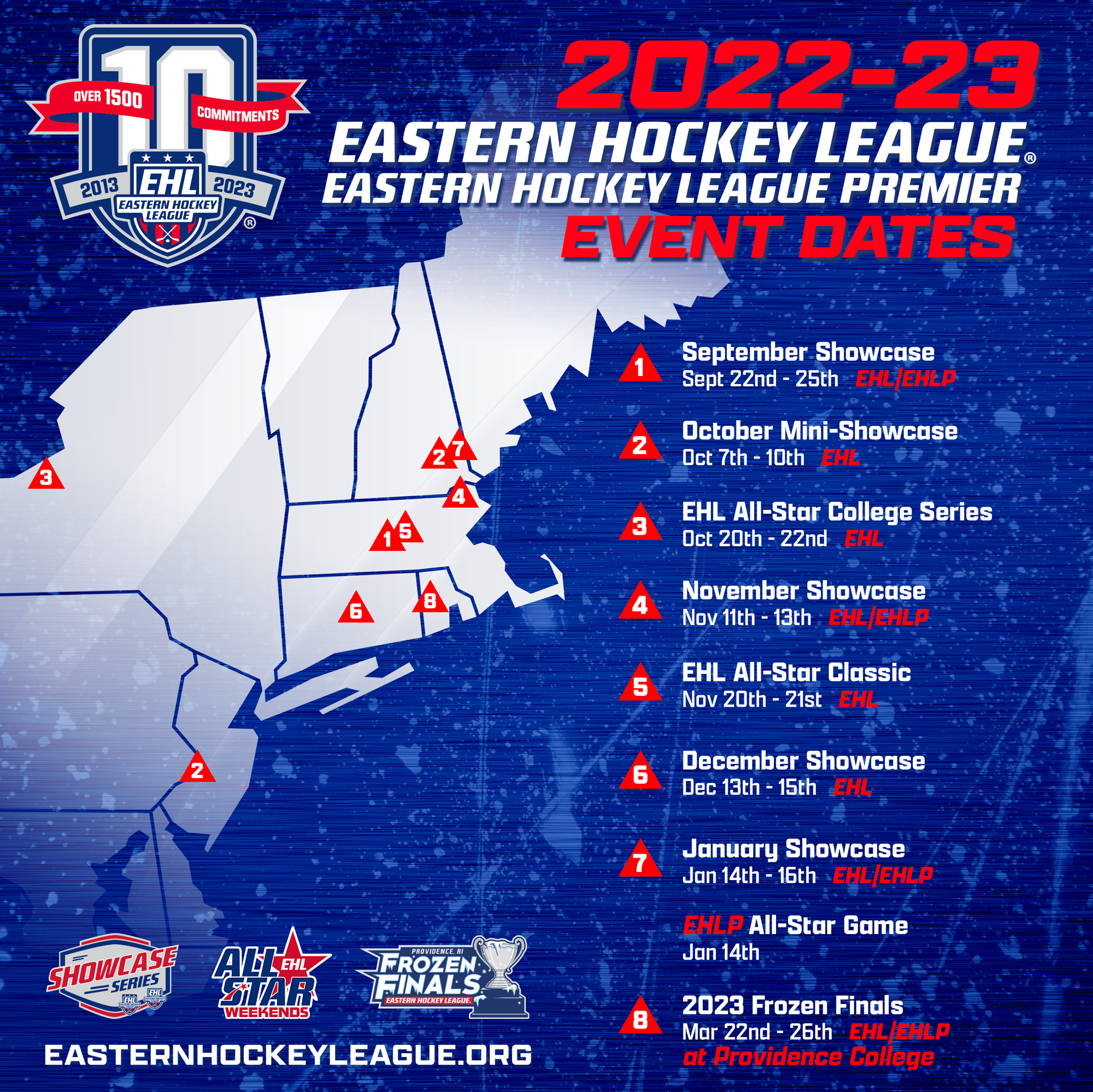 Top 60 skaters and 8 goaltenders split up into four teams for mini two-day tournament.

The Rinks at Exeter
Exeter, NH

Top 30 skaters and 4 goaltenders split up into two teams for single game.

EHL - This year's 4-team format will seed the finalists #1 through #4 and set up a pair of best-of-three series to be completed March 22nd through 24th. The two series winners will then advance to the EHL Championship Game on the 26th.

EHLP - This year's 4-team round robin format will take place from March 23rd through 25th, followed by the EHLP Championship Game on the 26th.