ASTON, PA -- Sebastian Rominiecki, a defenseman for the Philadelphia Little Flyers, has committed to Rivier University for the fall of 2022.

"I've had the pleasure of coaching Sebastian for the past four seasons in the EHL and EHLP levels," said Little Flyers head coach and general manager Mark Catron. "His work ethic and dedication to getting better each day on the ice and in the weight room earned him this NCAA Commitment to Rivier. Sebastian really stepped up this season and was a key to the success we had on the back end with his physicality and shot-blocking ability. It’ll be great to watch Sebastian at the next level under Coach [Matt] Keating’s guidance alongside two of his previous teammates in Brett Turner and Avery Arnold."

As Catron mentioned, Rominiecki will reunite with Brett Turner when he arrives on campus this fall. This is worth pointing out as Turner followed the same exact path as Rominiecki, developing for two years apiece in the EHL and EHLP, and then advancing on to join the Raiders.

As for Rominiecki and Avery Arnold, the pair of Little Flyers defenseman from this past season are part of a four-player class that the EHL is sending off to Rivier this fall. Rounding out the class are Ryan Davis from the Connecticut Chiefs and Billy Hartnett from the Valley Jr Warriors.

"I'm excited to announce my commitment to further my academic and athletic career at Rivier University," said Rominiecki. "I would love to thank my family and teammates for helping to shape me into the person I am today. I would also love to thank Coach Catron, Anthony Lorusso, and the Little Flyers organization for giving me the opportunity to play. I could never have done it without my teammates and parents pushing me every step of the way. Lastly, I’d like to thank Coach Keating for giving me this opportunity, I’m honored to be a Raider." 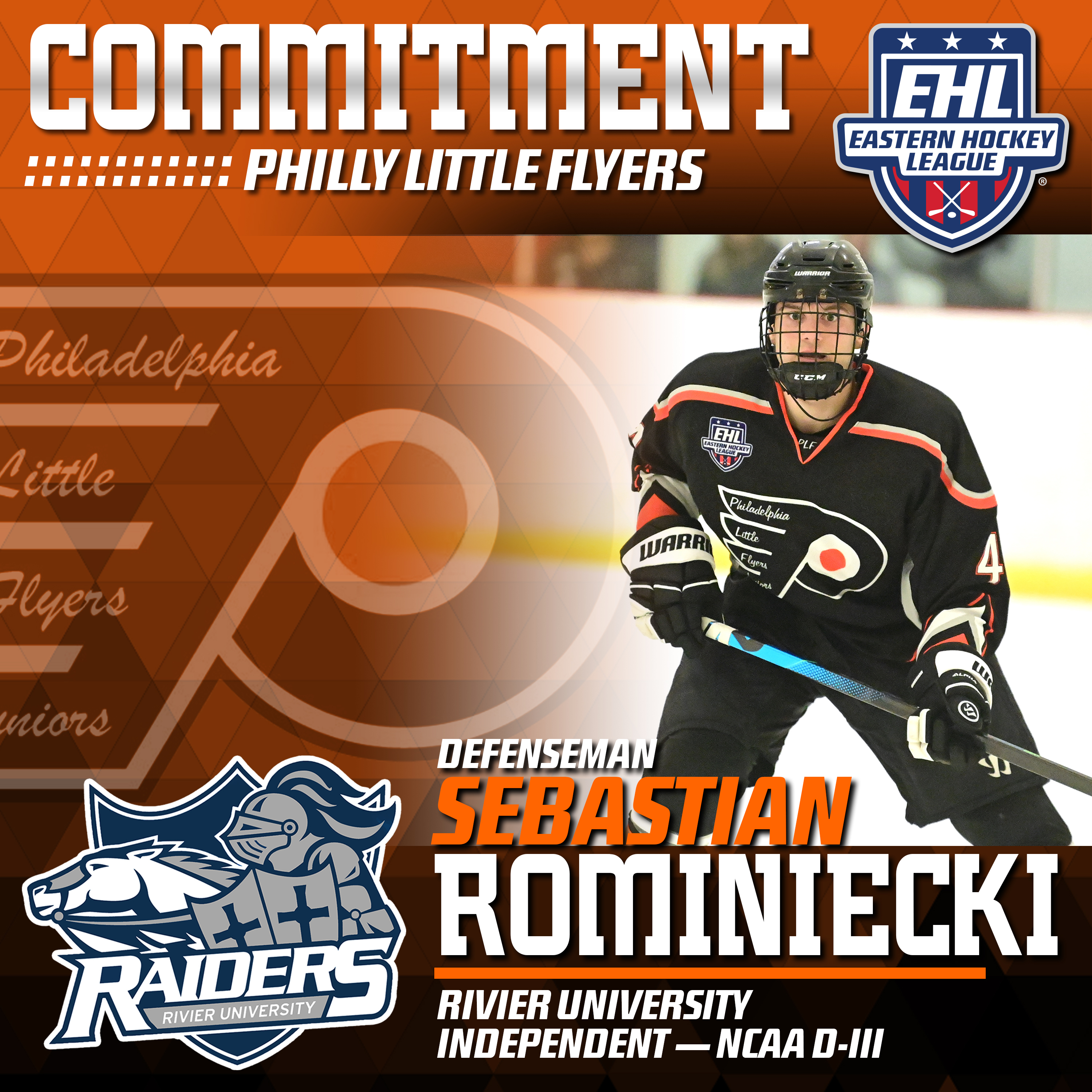