SOUTH DENNIS, MA -- Ryan Pomposelli, a forward for the Seahawks Hockey Club, has committed to Southern New Hampshire University (SNHU) for the fall of 2022.

The '01 native of Needham, MA recently finished his first and only season with the Seahawks, following a year of prep hockey at the Tilton School, and four years of high school at Xaverian Brothers.

Overall, Pomposelli played in 46 total Eastern Hockey League (EHL) games this past season, and throughout that time he scored 14 goals to go along with 12 assists. He needs heads off to SNHU, one of the biggest recruiters of the EHL since the league was formed back in 2013. In total, the Penmen have committed 38 total players from the EHL over the last nine seasons.

As for this fall's incoming class of freshmen, Pomposelli is one of six players heading off to SNHU. Alongside his 2021-22 teammate Joe Cantelmo, Pomposelli will team up with Jimmy Minnig and Alex Muthersbaugh of the New Hampshire Avalanche, and Aaron Damren and Tyler Murray from the Vermont Lumberjacks.

"Playing junior hockey was a new experience for me and one I am grateful for," said Pomposelli. "I was able to learn a lot from Coach [Bill] Zaniboni and Coach [Mike] Richard and they helped me out a tremendous amount when it came to getting recruited. I am extremely excited to go to Southern New Hampshire University, not only for hockey, but to get a good education. I’m excited for the next chapter of my life and know I will be extremely well-prepared athletically and academically."

Learn more about the Seahawks on the team's official website, and check out the full 2021-22 NCAA commitment list. 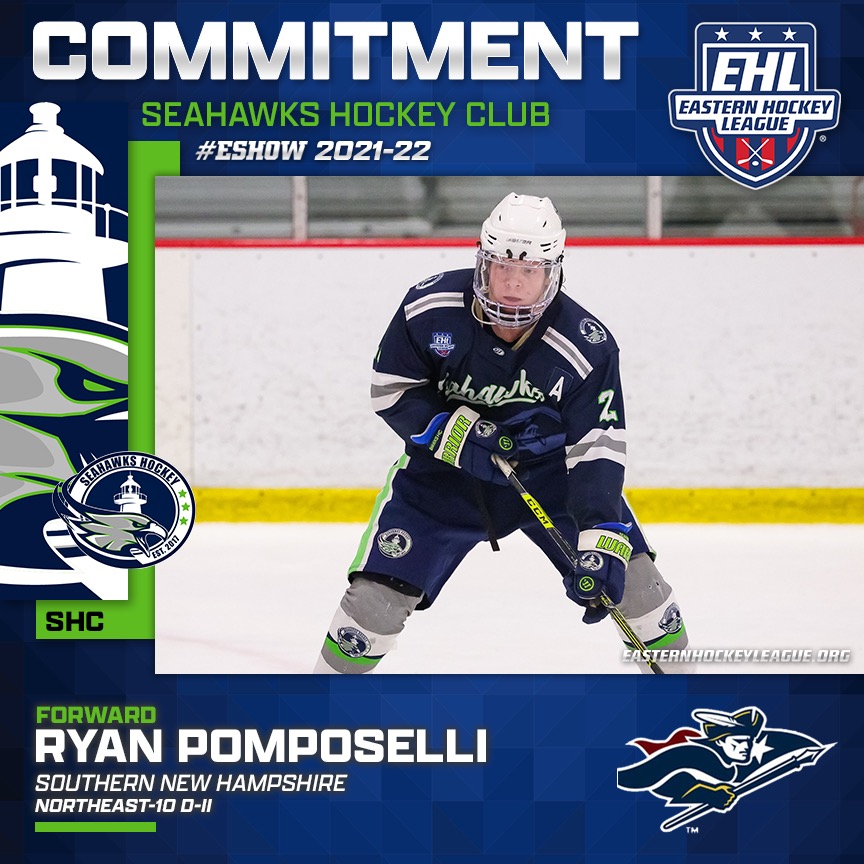