ASTON, PA -- Connor MacDonell, a forward for the Philadelphia Little Flyers, has committed to Stevenson University for the fall of 2022.

The '01 native of Milford, MI spent the last two seasons with the Little Flyers, and over the course of 56 career games in the Eastern Hockey League (EHL), MacDonell tallied 73 total points with 28 goals and 45 assists.

"Everyone here is thrilled for Mac and his commitment to Stevenson University; that was his first choice when he came back to us in January so I’m happy it worked out for him and his family," said Little Flyers head coach and general manager Mark Catron. "As a player, Mac is a difference maker; his speed, hands and playmaking ability puts defenses on edge every time he is on the ice, and when the puck is on his stick, good things happen for us.  Our players have had a long history of success at Stevenson under Coach [Dominick] Dawes and Coach [Tom] Peffall, two guys our organization is very familiar with. I have no doubt that Mac will be very successful with the Mustangs over the next four years.”

While MacDonell is just the first Stevenson commit for the EHL from the 2021-22 season, he's also the 26th player in league history to choose the Mustangs' hockey program. Stevenson has committed at least one player per year, dating back to the 2015-16 season.

"I'm very proud to commit to Stevenson University to continue my academic studies and athletic career as a Mustang," said MacDonell. "I’d first like to thank my family, especially my parents. I’d also like to thank all the coaches and team staff I’ve worked with in my career especially Coach Catron, Coach [Doug] Rose, and Anthony Lorusso, as well as my family advisor Zack Bargy. I’m very grateful for the opportunity Coach Dawes and Coach Peffall have given me and I can’t wait to be a Mustang." 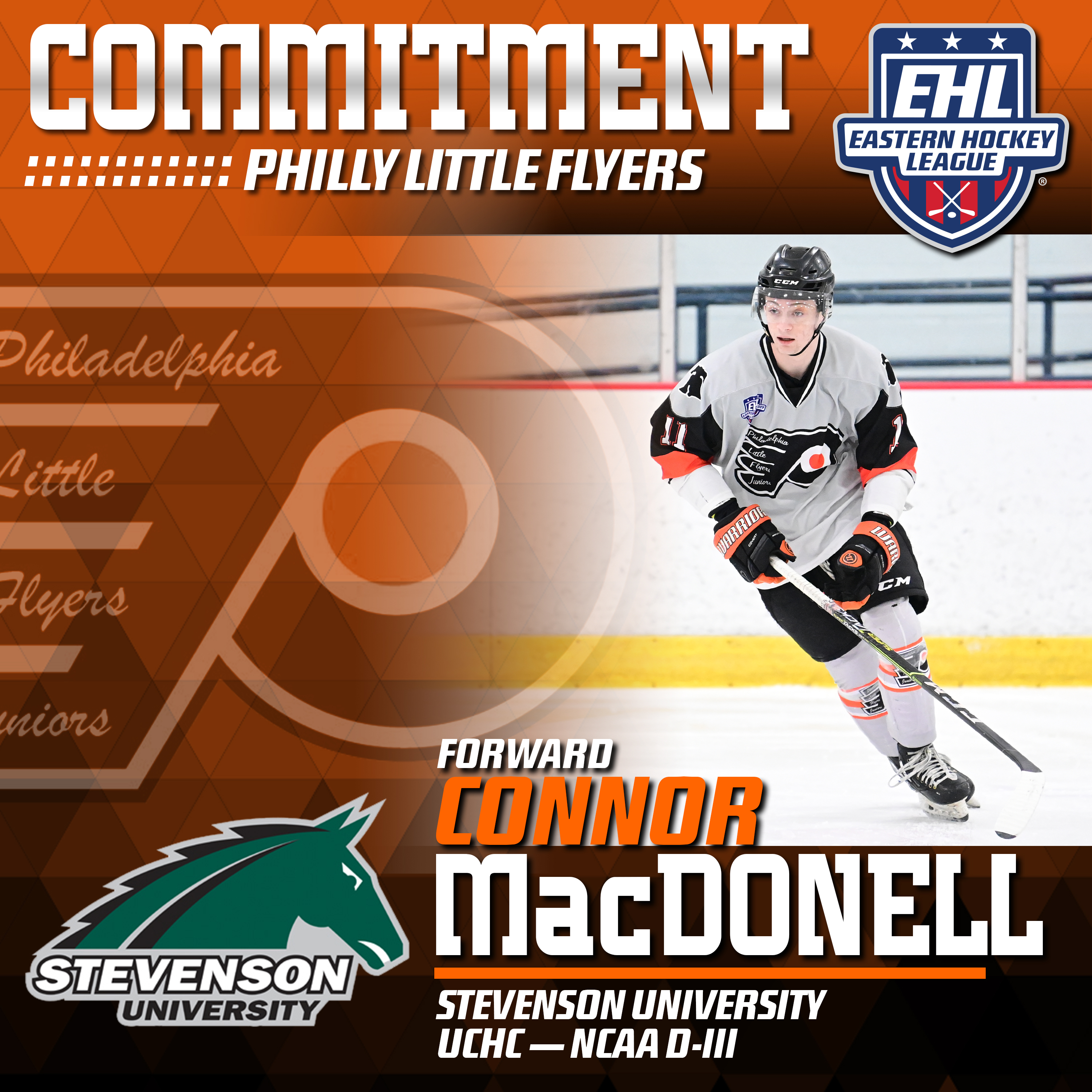