BEDFORD, MA -- Ryan Webb, a forward for the East Coast Wizards, has committed to Suffolk University for the fall of 2022.

The '01 native of Rockport, MA spent two seasons developing with the Wizards, and over the course of 79 career games in the Eastern Hockey League (EHL), Webb scored 26 goals to go along with 47 assists.

"We couldn’t be more proud to announce that Ryan has committed to Suffolk," said Wizards head coach and general manager Kory Falite. "He is a true leader both on and off the ice, and his work ethic has truly paid off.  He’s been the backbone to our team the last few years and we’re excited to see what the future holds for him at Suffolk."

Webb adds his name to a strong incoming freshmen class for the Rams this fall, one that also includes a trio of other Wizards in Joe Idelson, Will MacNeil, and Cole Scott.

Along with the four players heading off to Suffolk from the Wizards, there are four additional future Rams coming from four different EHL teams. This fall, the group will also include Thomas Dempsey from the New Hampshire Avalanche, Ben McGlashing from the Railers Jr Hockey Club, Adam McNabney from the Boston Jr Rangers, and Alex Pratt from the Express Hockey Club.

"Couldn’t be happier with the path hockey has taken me on so far," said Webb. "I am beyond excited and grateful for the opportunity to continue this journey at the next level. None of this would’ve been possible without the support from my family, teammates, coaches, and the EHL. I’d especially like to thank my mother and father [Lisa and Dan Webb] for always believing in my dream; Not to mention the challenges that coaches Kory Falite, Chris Santello, and Adrian Peacock instilled daily to develop on and off ice character. Being a part of the Wizards program introduced me to lifelong friendships, experiences of success and hardship, and countless laughs which I will forever cherish." 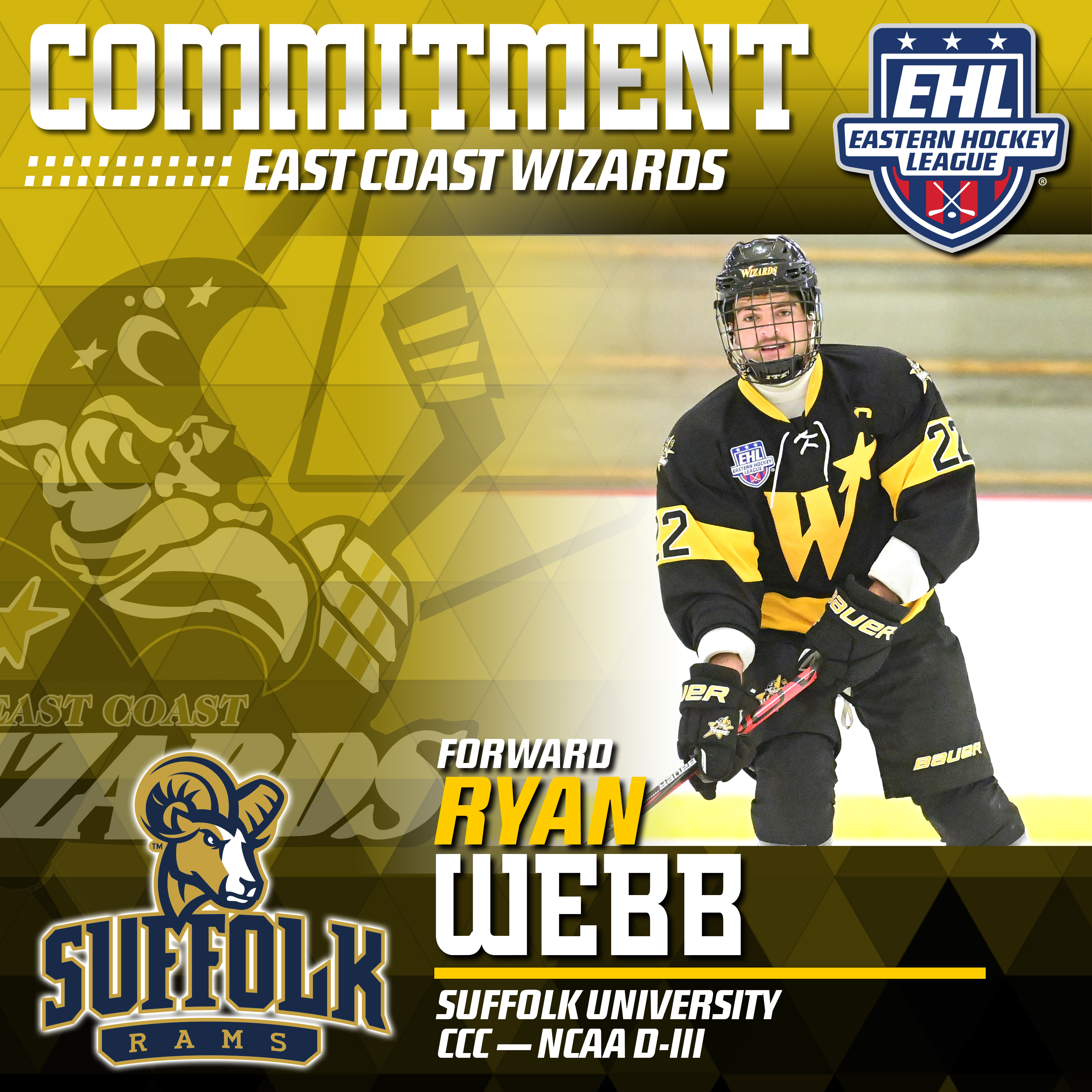