WALL TOWNSHIP, NJ -- Everest Schneider, a forward for the New Jersey 87s, has committed to Western New England (WNE) for the fall of 2022.

The '01 native of San Antonio, TX spent two seasons with the 87's, and over the course of 65 total games in the Eastern Hockey League (EHL), Schneider tallied 16 goals and 21 assists to his credit.

"Last year he was a young player on the team and he just trusted the process," said 87's head coach and general manager Adam Houli. "He knew we had a good team and he respected it; he showed up every day to get better. To me, he was really a big X-factor for us last year, because he was relatively unknown, and any time he was in the lineup he could turn a head. This year I thought he accepted his job as being a guy who could be a top-six forward for us, and he did it tremendously well."

Look no further than the 13-point increase in production for proof of Houli's assessment, as Schneider truly took his game to the next level this past year.

Along with capping off his junior hockey career with and EHL Championship, Schneider also added his name to the list of future Golden Bears, which includes four other players from around the league.

This fall, the veteran forward will team up with a pair of former Valley Jr Warriors in Daniel Demchuk and Aeron Kummu, along with Zachary Conboy from the New York Apple Core and Dalton Garcia from the Express Hockey Club.

"It means a lot for me to land a commitment to a school like WNE," said Schneider. "Coming out of San Antonio, it didn't seem like a realistic possibility to play NCAA hockey. The first time I met Coach [Mike] Young, I knew it would be a good situation, and once I visited, my thoughts were confirmed. It's a great campus with a great coach, and I'm very excited for the fall. I grew a lot as a hockey player with the 87's. I learned how to conduct myself like a pro and how to be a better teammate. Our practices were unique and I think it really showed in our play as a team, ultimately ending in a championship. I wouldn't trade anything for my two years with the 87's." 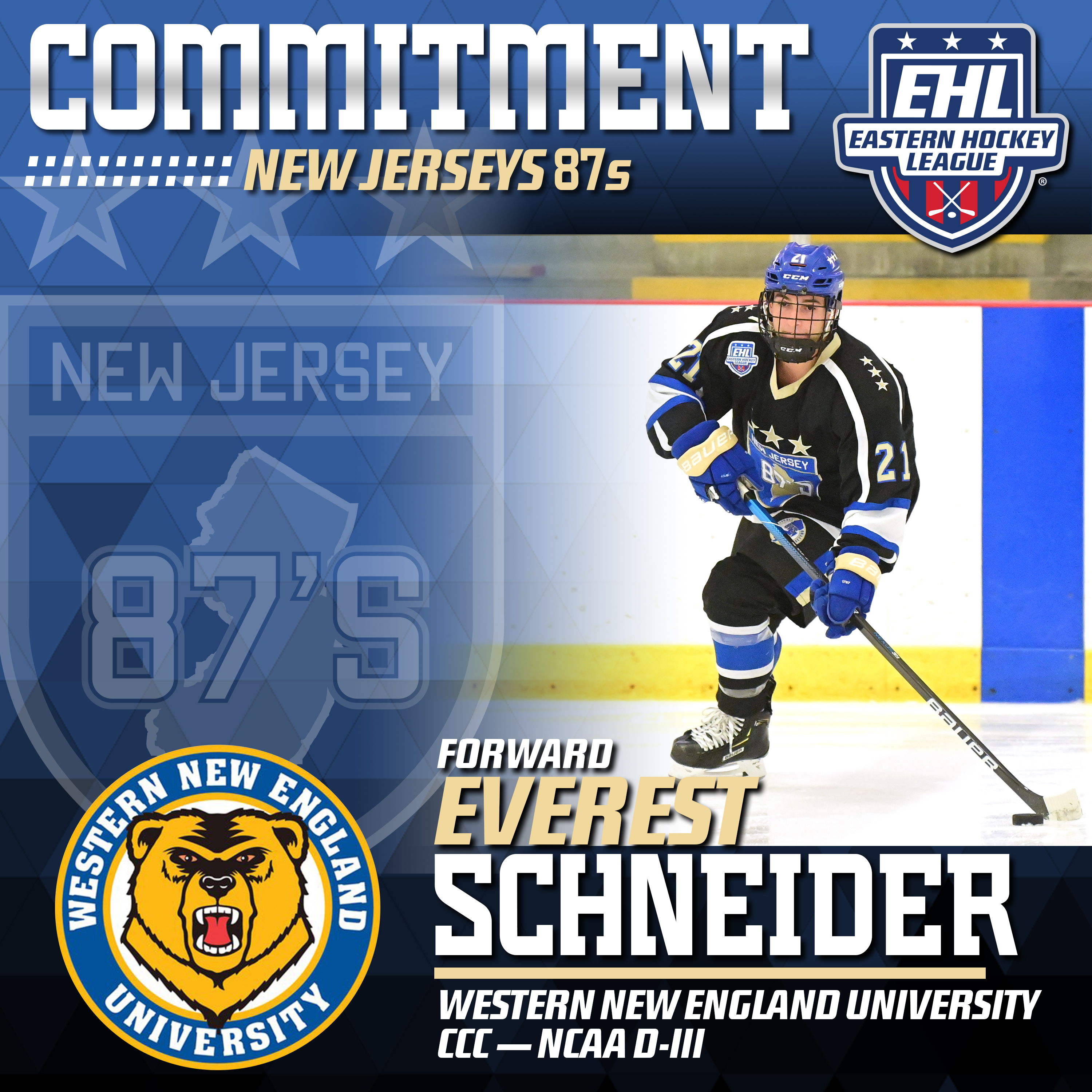