BEDFORD, MA -- Jack Shemligian, a defenseman for the East Coast Wizards, has committed to Stonehill College for the fall of 2022.

"The Wizards coaching staff is thrilled about Jack’s commitment to Stonehill," said Wizards head coach and general manager Kory Falite. "He was one of the youngest players in the EHL last year, and down the stretch, he was our best defenseman game in and out.  We are excited to see him continue his success at the next level with the Skyhawks!"

Shemligian adds his name to an impressive freshmen class at Stonehill, one which includes five other players from throughout the EHL. This fall, alongside his 2021-22 teammate Cameron Collins, Shemligian will join up with Austin Pick from the Seahawks Hockey Club, Ryan Davies from the Valley Jr Warriors, and Mike Martignetti and Matt Pimental from the Railers Jr Hockey Club.

“I am extremely excited to announce my commitment to further both my athletic and academic career at Stonehill College," said Shemligian. "I would like to thank my teammates, Coach Howland, Coach Cappello, Coach Santello, and Coach Falite for helping me achieve this goal. Most importantly of all, I would like to thank my mother and father for their support throughout my hockey career. Go Skyhawks!” 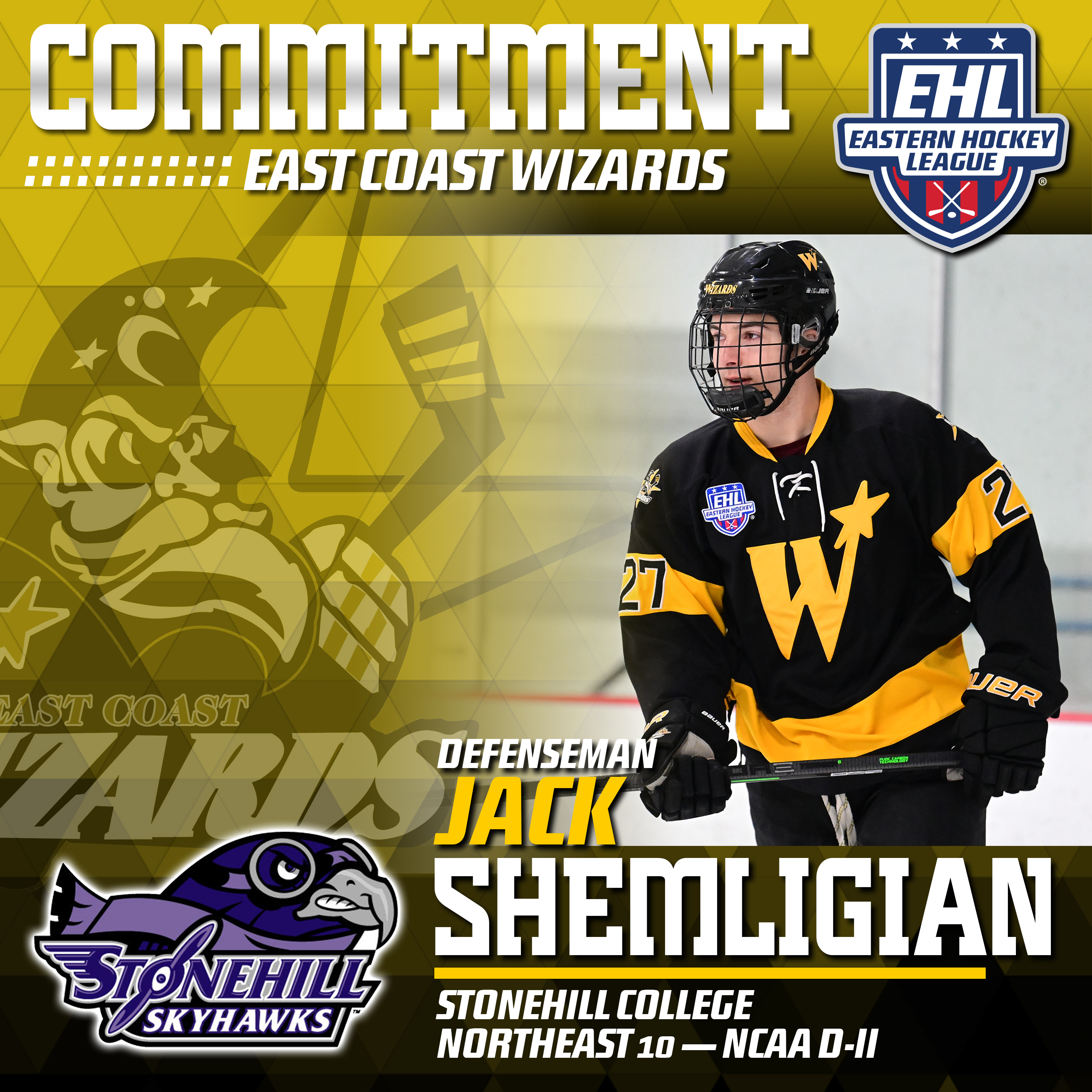