BREWSTER, NY -- Colin Callanan, a forward for the New York Apple Core, has committed to SUNY Plattsburgh for the fall of 2022.

The '01 native of Stony Point, NY spent a pair of seasons with the Apple Core program, and over the course of 81 career games in the Eastern Hockey League (EHL), Callanan collected 42 goals and 78 assists to his credit.

"On behalf of the entire Apple Core family we are extremely proud of the 2021-22 EHL Forward of The Year, Colin Callanan," said former Apple Core head coach Joe Wegwerth. "His dedication to his teammates and his craft has set him up for long term success. We congratulate Cally and his family on his commitment to follow along this journey and move on to NCAA hockey.”

As Wegwerth mentioned, at the conclusion of the 2021-22 season, Callanan was named the Forward of the Year in the EHL. Included in the 79 points that he posted this past year, Callanan tallied 20 points on the power-play, four points while his team was short-handed, and notched three game-winning goals.

"Colin is a very special player, and watching him develop over the last two seasons into the player and person he is today has been a true honor," said Justin Horacio, the Director of Player Personnel for the Apple Core. "Cally was always an offensive threat, and a player to look out for on the ice. By using his speed and hockey senses he was always able to create plays on the rush or in the zone. Watching Cally battle through tough times this season was inspirational. With his father John in a coma for most the year due to covid complications, Colin came to the rink every day ready to get to work. We are beyond happy for Colin and his family on his commitment to Plattsburgh and happy to see his father continue to get healthy. #CallananStrong”

The support that Horacio eluded to only helped Callanan, as the veteran forward was selected to participate in both the EHL All-Star College Series and the EHL All-Star Classic. Overall, the experience from this two events, combined with his entire time in Brewster, has Callanan feeling ready for the next level.

"My two seasons at Apple Core was a hell of a ride and I couldn’t have asked for a better group of guys in both my years," said Callanan. "I would like to give a huge thanks to my coaches and teammates for helping me succeed to this point. Playing at Apple Core was a great fit for me as I was able to live at home and be with my family throughout our tough times. I couldn’t thank the Apple Core enough for all their love and support the whole way. I’d like to shout out our team manager/ social media guy, Justin Horacio who made a huge impact on the core organization and was a guy who went above and beyond to help the boys be successful. I would also like to thank my family for all the support throughout the years. Without them behind me I wouldn’t be where I am today. The fall can’t come soon enough as I am eager to get to work at the NCAA level for the Cardinals and rally behind Cardinals country!” 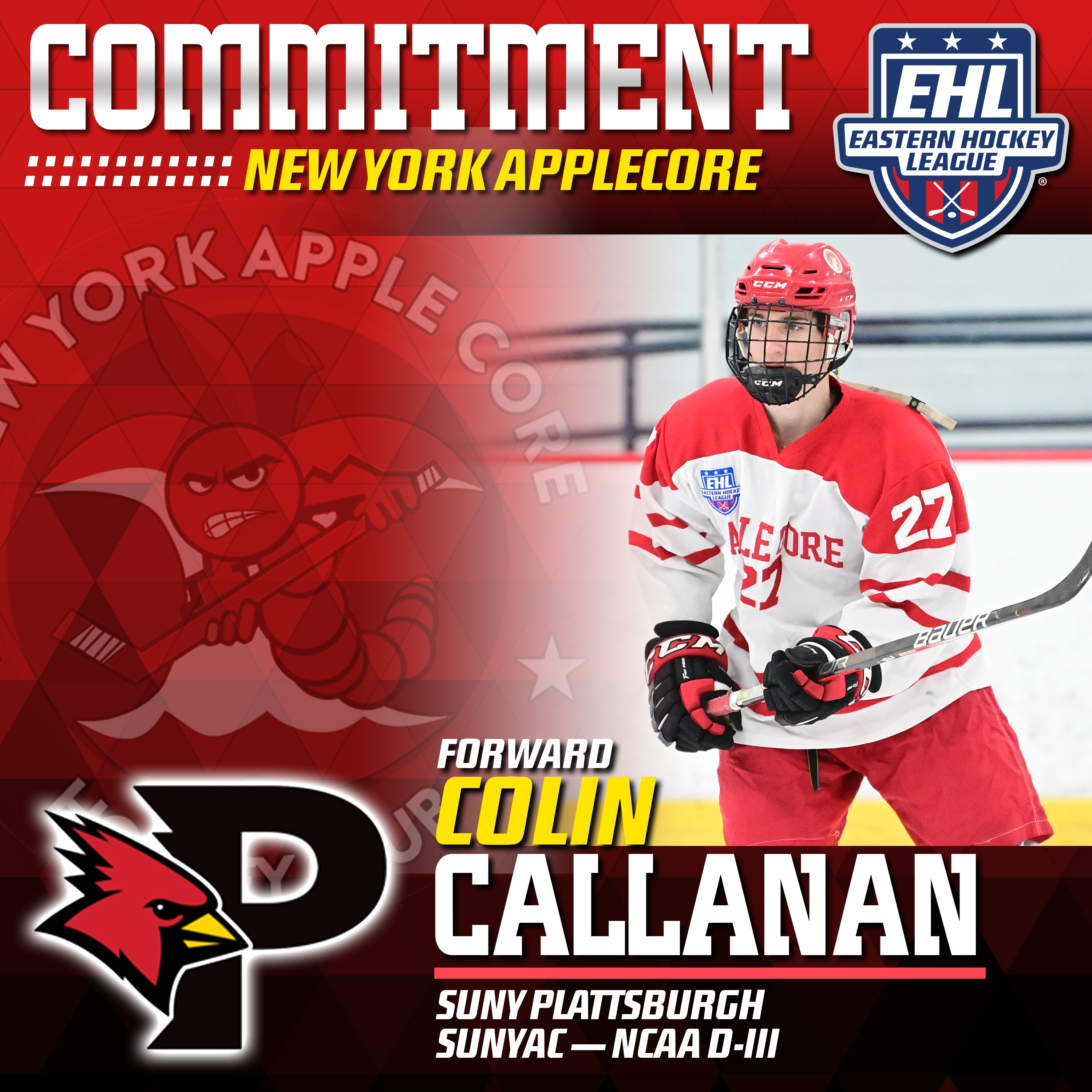